Rugby: England down All Blacks to reach World Cup final

England stopped New Zealand's attempt at an historic three-peat and a fourth overall title, reaching the Rugby World Cup final with a 19-7 semifinal victory on Saturday.

An inspirational performance from man-of-the-match Maro Itoje, Sam Underhill, Tom Curry, and the rest of the England pack ensured the All Blacks' run came to an end at International Stadium Yokohama (Nissan Stadium).

"New Zealand are the gods of rugby and we had to take it to them and put them on the back foot," said England coach Eddie Jones.

"The team leaders were exceptional. They kept the discipline, they kept to the game plan and kept attacking where we thought New Zealand were weak and didn't divert from that." 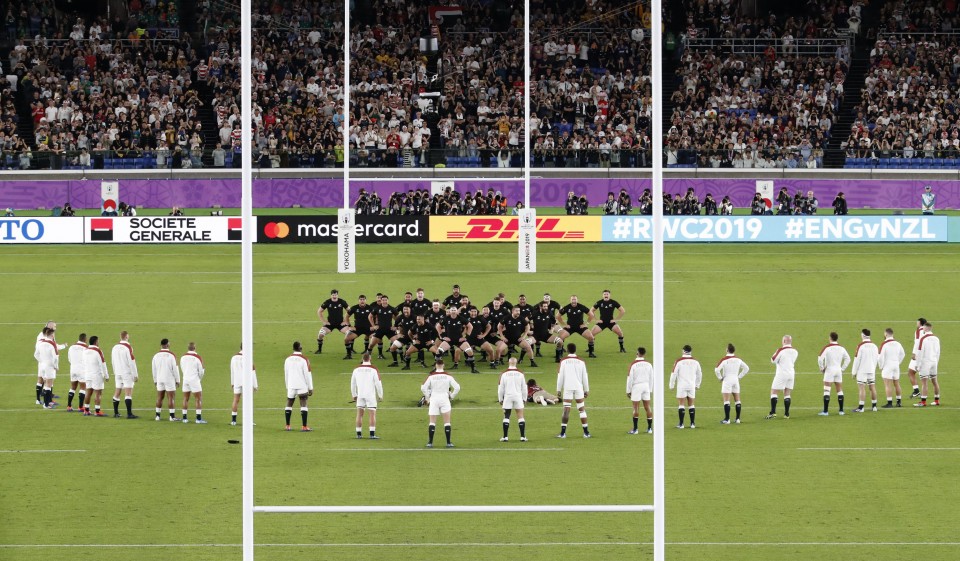 Jones' team will play either Wales or South Africa, who face off in the second semifinal here on Sunday.

"The team that took the game won the game. We have no regrets," said New Zealand coach Steve Hansen.

"Sometimes sports is not fair. But tonight it was. Tonight we got beaten by a better side."

England made their intentions clear from the start they would do things differently by lining up in a "V" formation to face the haka, rather than in a straight line.

Within 90 seconds England showed they meant business on the field, too, as Manu Tuilagi crossed following some flowing rugby that saw Elliot Daly and Jamie George heavily involved. 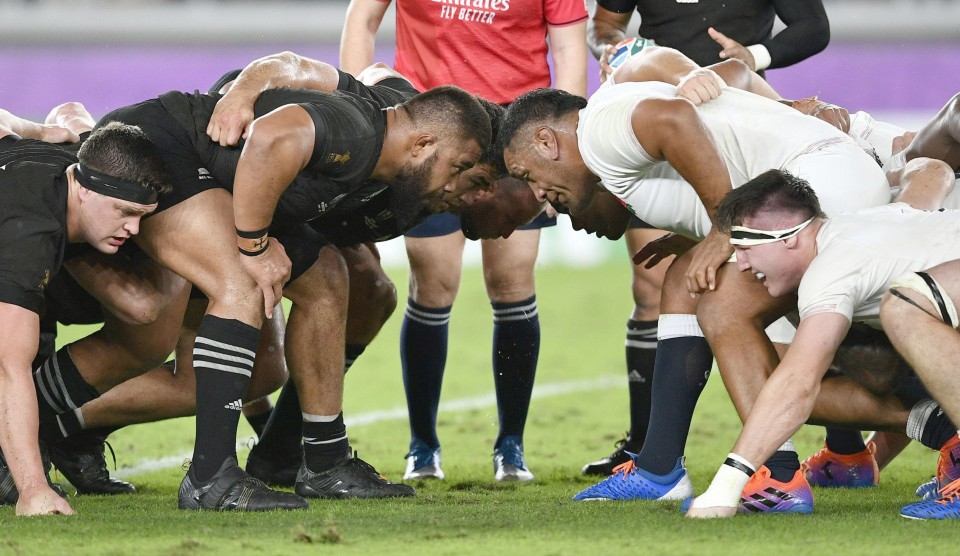 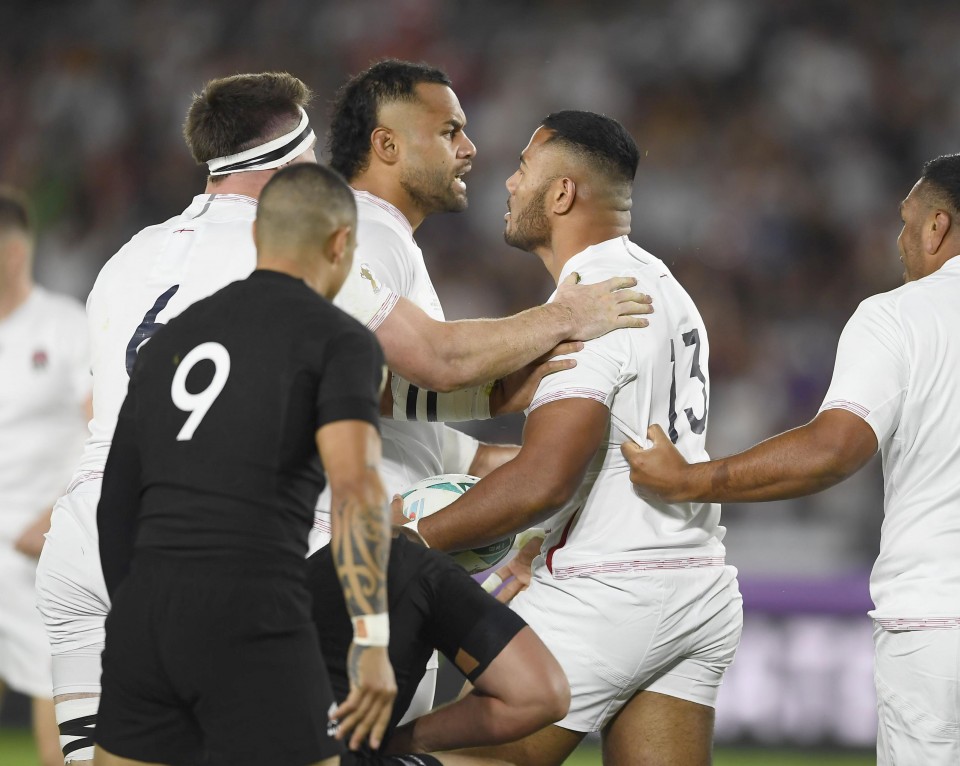 The opening 10 minutes were all England but they were unable to build on their superb start thanks in part some great defensive work from center Jack Goodhue and flanker Scott Barrett.

The game was being played at an incredible pace and as the All Blacks settled down they started to make their mark on the territory and possession stats.

England, however, were in no mood to lie down, disrupting the New Zealand line-out and making their tackles.

Underhill had a try disallowed in the 25th minute for obstruction as England continued to dominate the three-time champions, who then showed on a counterattack a few minutes later they can never be written off. 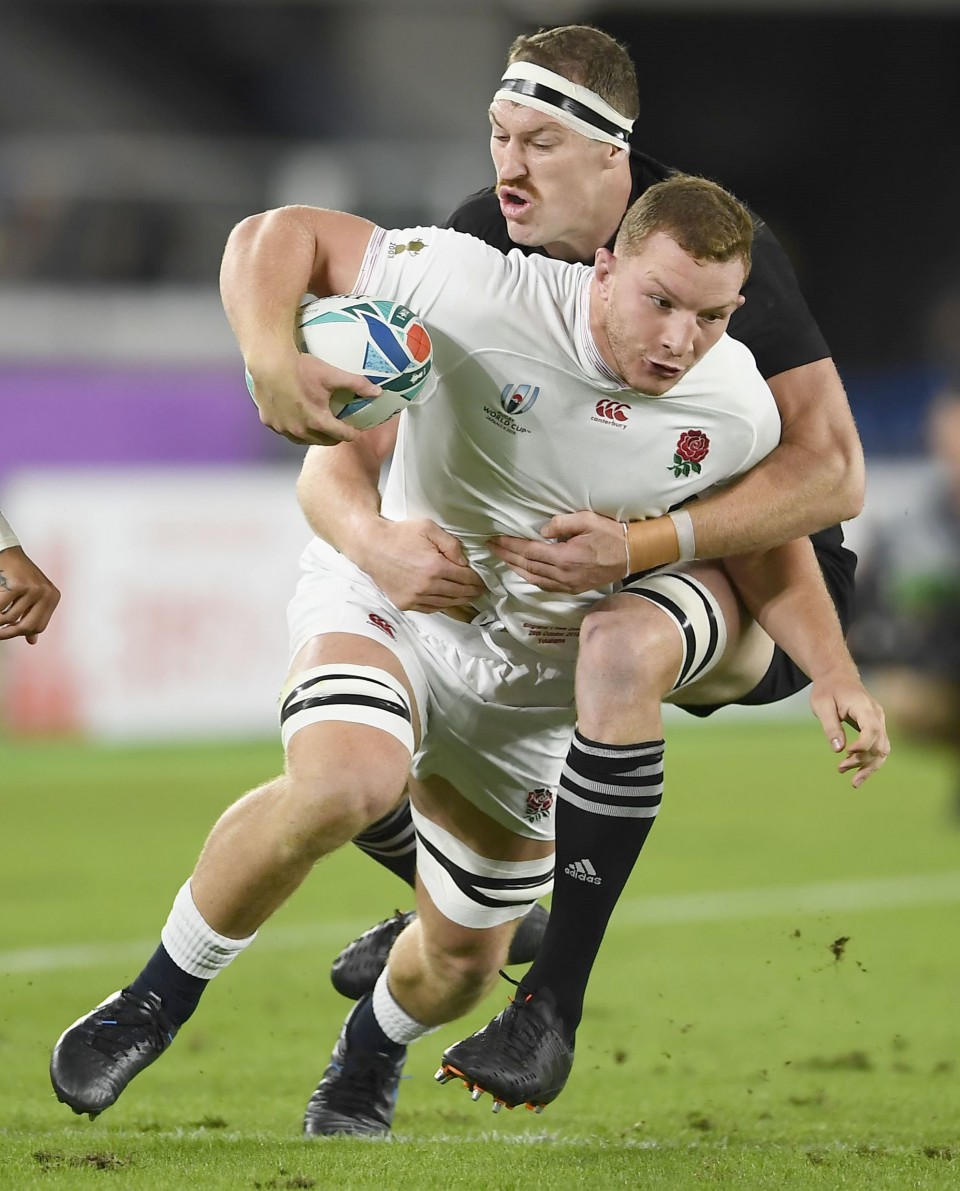 England's George Ford went close with a drop goal in the 32nd minute. But with both defenses holding firm, the teams were unable to get the scoreboard ticking over until just before the break, when Ford banged over a penalty to make it 10-0.

The last time New Zealand had been kept scoreless in a first half was also by England, at Twickenham in 2012. In that game, England led 12-0 before winning 38-21. New Zealand's last win after failing to score in the opening 40 minutes was in 1968 against France.

The stakes however, were very much higher in Yokohama with a World Cup final spot on the line.

England enjoyed 62 percent of first-half possession and 69 percent of territory. The All Blacks, however, had had the edge in meters carried.

It was setting up for an even more enthralling second stanza. 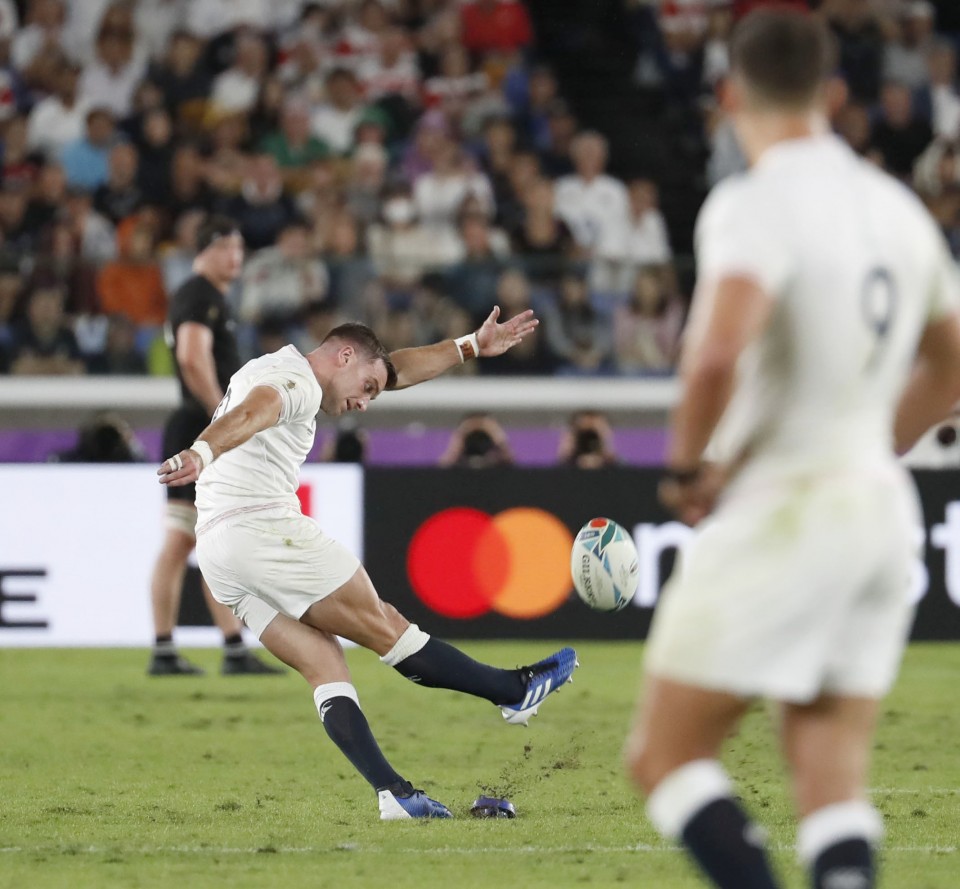 New Zealand made a change at the break with Sam Cane on for Scott Barrett as they tried to counter the influence of Underhill and Curry.

The England pack, however, did not care who they faced, and it looked like they had extended their lead five minutes into the half when they created space for Ben Youngs to scamper over. Television match official Marius Jonker, however, intervened again and the try was disallowed for a knock-on in the build-up.

England continued to pile on the pressure though, and they were rewarded with a second Ford penalty in the 50th minute.

It was a case of which bench would have the most impact and New Zealand responded first. 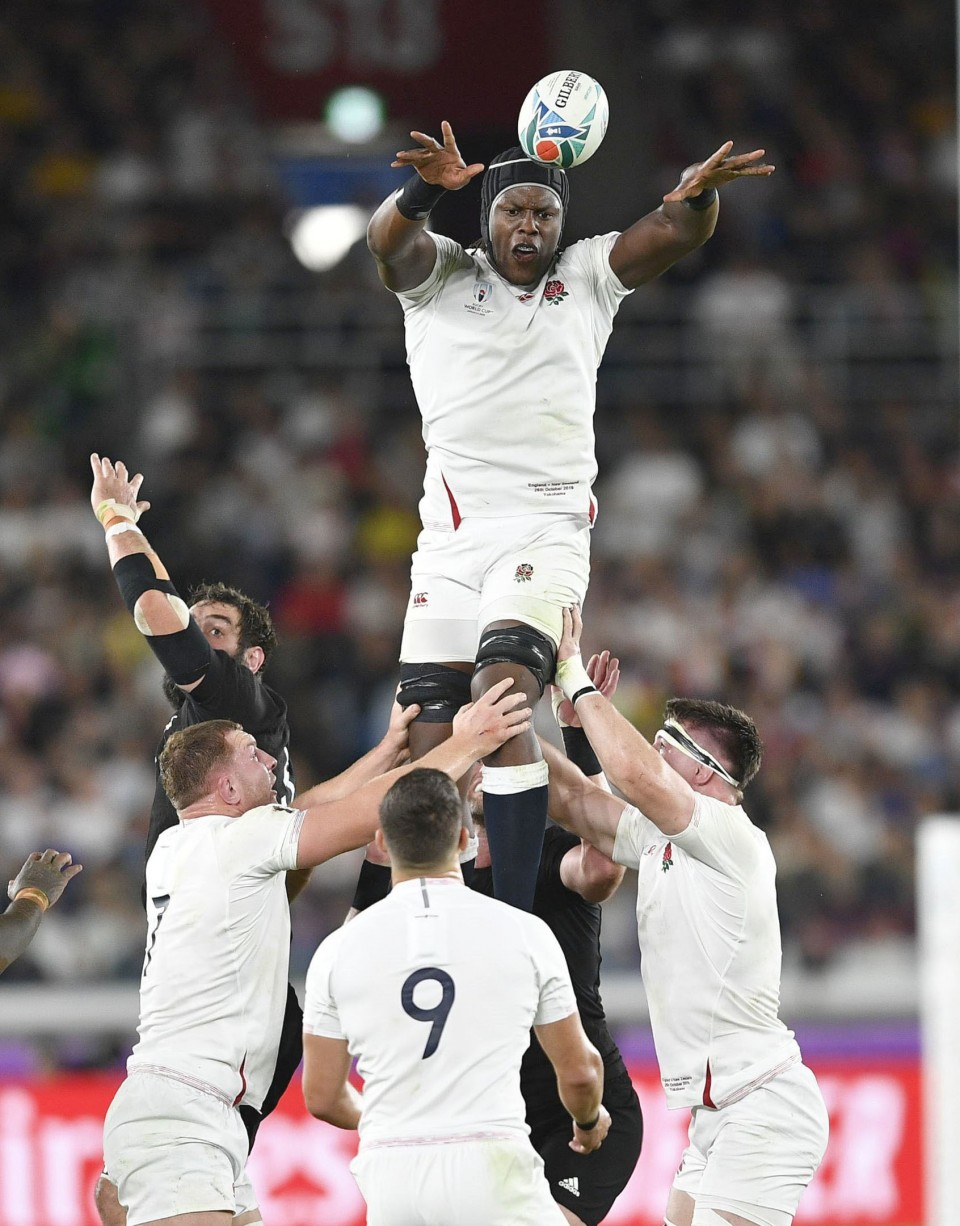 (Maro Itoje of England passes the ball after winning a lineout)

Some desperate defense from Henry Slade and Tuilagi just stopped Sevu Reece. But England lost the resulting line-out and Ardie Savea dived over to make it a six-point game.

The 57th-minute try marked the longest it has ever taken the All Blacks to put up points in a World Cup match.

England bounced back immediately though when another superb tackle from Underhill set up the position from which the All Blacks were penalized allowing Ford to kick a third penalty.

The flyhalf kicked a fourth in the 69th minute. England continued to make their tackles and "Swing Low Sweet Chariot" echoed around Yokohama as the England players and fans celebrated a famous win.

"It's hard to put into words what it means, but you've got to give the English the credit. They started extremely well and we just couldn't get into our game," said All Blacks captain Kieran Read.

"We gave as much as we had but came up short."

His counterpart, Owen Farrell said the team would enjoy the win before getting down to preparing for the final.

"It was a big game. It was a World Cup semifinal against the All Blacks. It doesn't get any bigger at this stage." he said.