Kansai Electric Power Co. Chairman Makoto Yagi has decided to step down following criticism for receiving gifts from a former official of a central Japan town hosting one of its nuclear power plants, sources close to the matter said Tuesday.

The scandal exposed the collusive ties between Japan's nuclear industry and local public officials. Twenty people at Kansai Electric received a total of 318.45 million yen ($2.9 million) worth of gifts from Eiji Moriyama, the late deputy mayor of Takahama town in Fukui Prefecture.

After the scandal came to light in late September, Yagi, 69, expressed his intention to stay on as chairman, but apparently changed his mind amid harsh criticism from the government and the public. 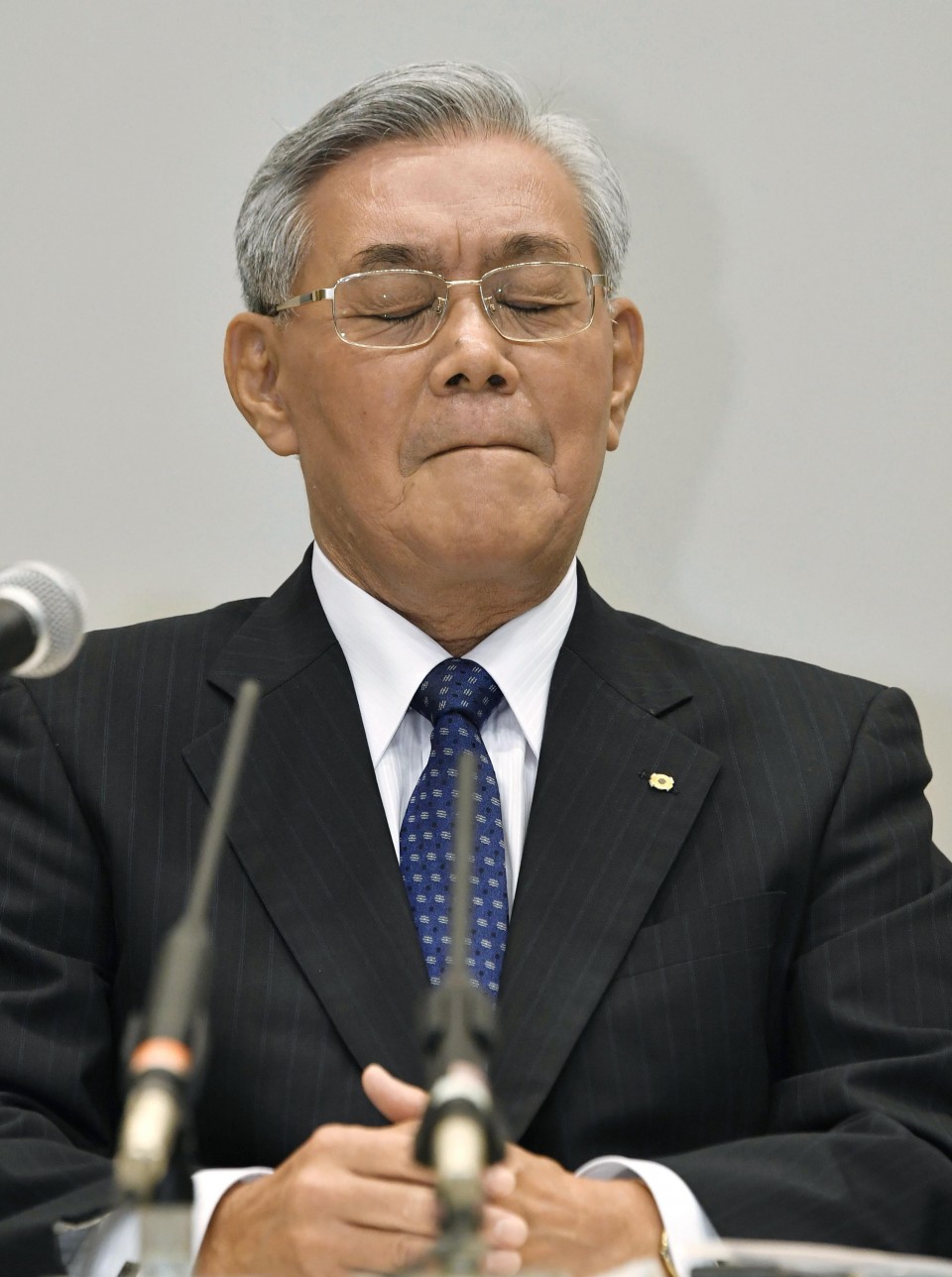 Although President Shigeki Iwane, 66, was also among the recipients of massive gifts from the former town official, he will likely continue to steer the company for the time being, the sources said.

But Iwane could step down after a third-party panel concludes its investigation on the matter, the sources said, adding that the chairman post will remain vacant for a while.

The move came as the Osaka-based utility firm was considering introducing rules regarding the punishment of executives in the wake of the scandal.

Kansai Electric has lacked any such rules, with Iwane deciding on punitive action for himself in the matter.

On Oct. 2, Kansai Electric subjected Chairman Yagi and former deputy president Hideki Toyomatsu to a 20 percent cut in remuneration for two months for accepting 8.59 million yen and 110.57 million yen worth of gifts from Moriyama, respectively.

Iwane's remuneration was also cut by 20 percent for one month for receiving 1.5 million yen worth of gifts, but managing executive officer Satoshi Suzuki, who received the largest amount -- 123.67 million yen -- was simply given a stern warning along with two other executives.

At a press conference on Oct. 2, reporters questioned the appropriateness of Kansai Electric's punitive measures and the objectivity in the procedure for deciding on them.

"I should have discussed (the punishments) in a more objective way," Iwane told reporters, acknowledging the company lacked clear rules and that the punishments were decided on a case-by-case basis.

Without specific rules on executive punishments, Iwane referred to a workplace regulation for general employees in deciding on the punitive actions, the sources said.

Iwane did not consult the audit committee beforehand, but simply reported the planned executive punishments after deciding on them. He did not bring the matter to the board for discussions either, according to the sources. 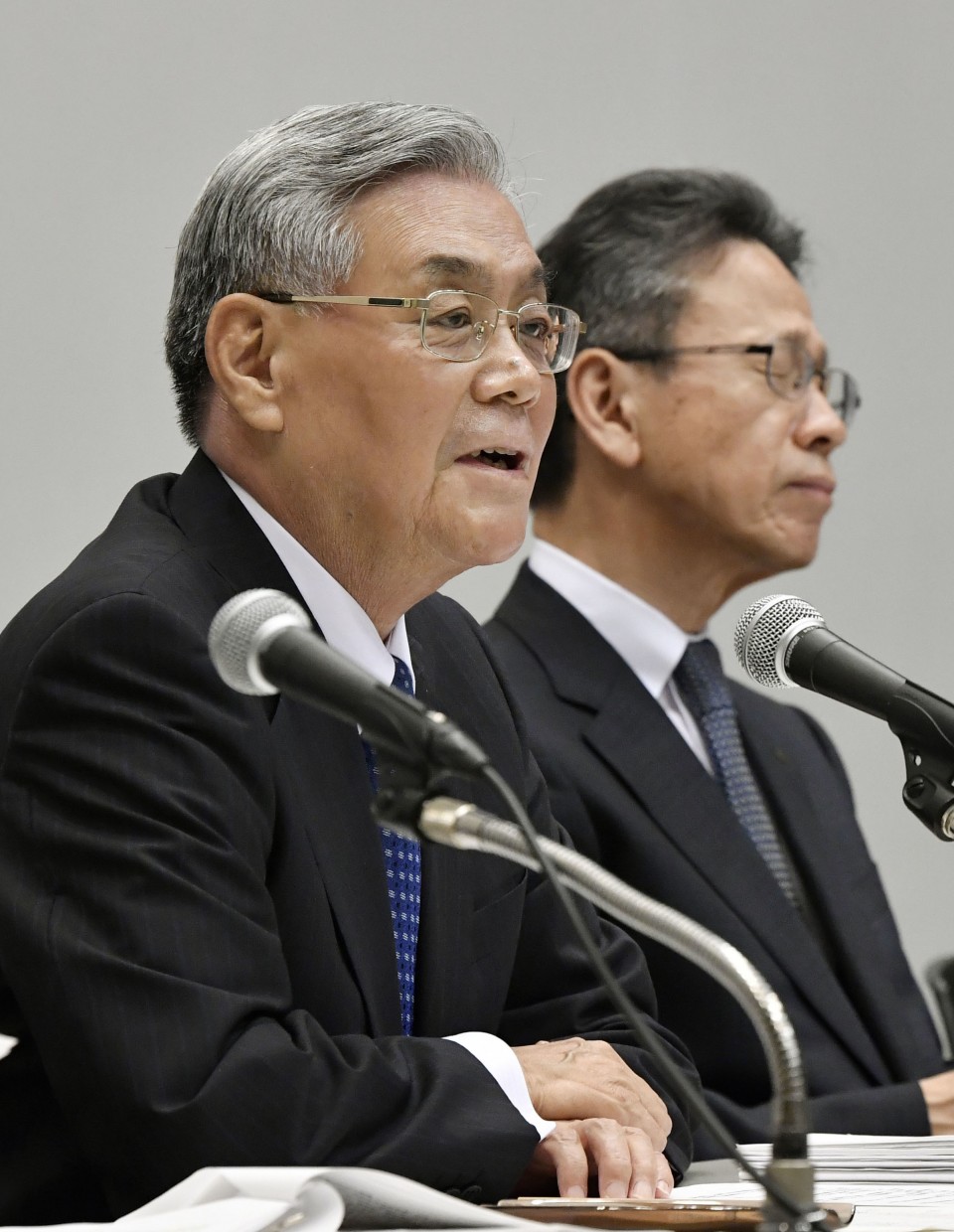 Economy, Trade and Industry Minister Isshu Sugawara on Tuesday criticized a Kansai Electric plan to have the independent panel compile its investigative report on the matter by the end of this year, saying it is "too slow."

"I will have the company report it as soon as possible," Sugawara told a press conference. "(Setting the deadline) at the year-end is outrageous."

Also the same day, Kansai Electric Executive Vice President Koji Inada apologized to Kyoto Mayor Daisaku Kadokawa over the scandal. The municipal government is one of the utility's major shareholders.

"It is outrageous that members responsible for management have received gifts," Kadokawa said, noting that the electricity business is of a highly public nature.

Kansai Electric "must thoroughly get to the bottom (of the scandal) and take preventive steps. I hope it will also reform its corporate culture," he said.