While the ongoing Rugby World Cup has raised the profile of the sport in Japan, wheelchair rugby players also hope to earn a share of the spotlight ahead of the 2020 Tokyo Paralympics.

World Cup hosts Japan made history on Sunday by reaching the last eight of the sport's showpiece event, making headlines all over the world. Japanese wheelchair players are also gunning to ride that momentum in a bid to share the attraction of the Paralympic sport. 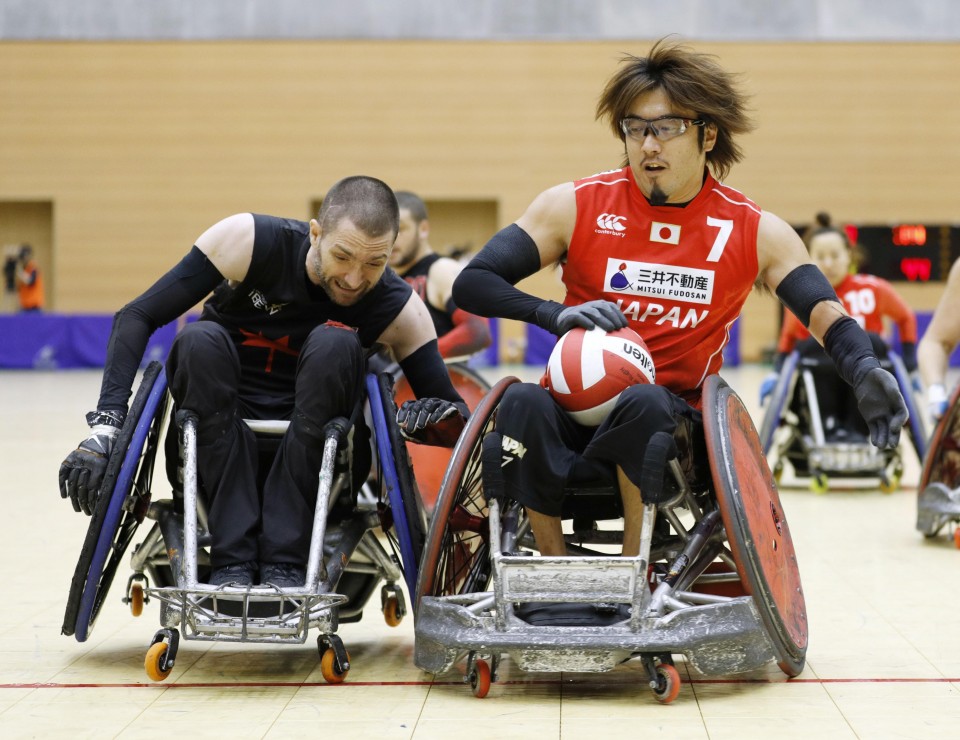 "There may be differences between the two, but (the Brave Blossoms) played persistently until the end and that really inspired us," Japan player Daisuke Ikezaki said Tuesday.

"They have reached the knockout stage, and that motivated us to match their performance in order to show off the attractions of the sport," said the 41-year-old veteran, who played at the 2012 and 2016 Paralympics.

The Japanese Para-Sports Association and the country's wheelchair rugby federation have organized an international tournament in Tokyo during the Rugby World Cup partly in a bid to raise the recognition of the sport ahead of the Paralympics.

The five-day World Wheelchair Rugby Challenge 2019, which opens Wednesday, will see eight of the top-10 teams battling it out at Tokyo Metropolitan Gymnasium.

"We watched the World Cup match between Japan and Scotland together (on TV)," said Japan captain Yukinobu Ike. 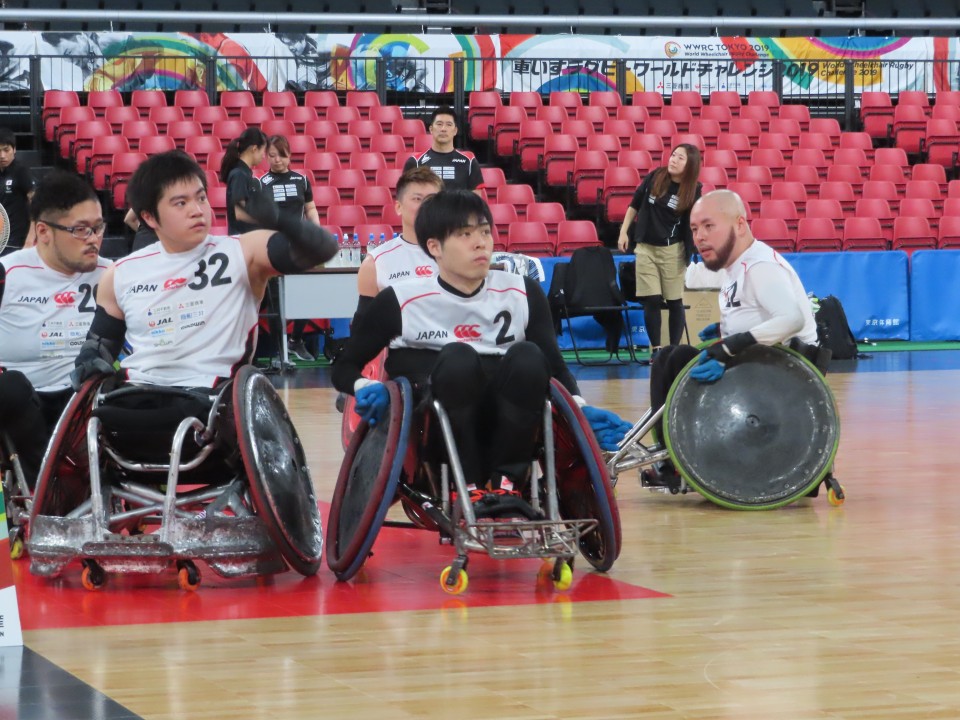 (Japanese wheelchair rugby team practices at Tokyo Metropolitan Gymnasium on Oct. 15, 2019 ahead of the World Wheelchair Rugby Challenge 2019, which opens the following day.) 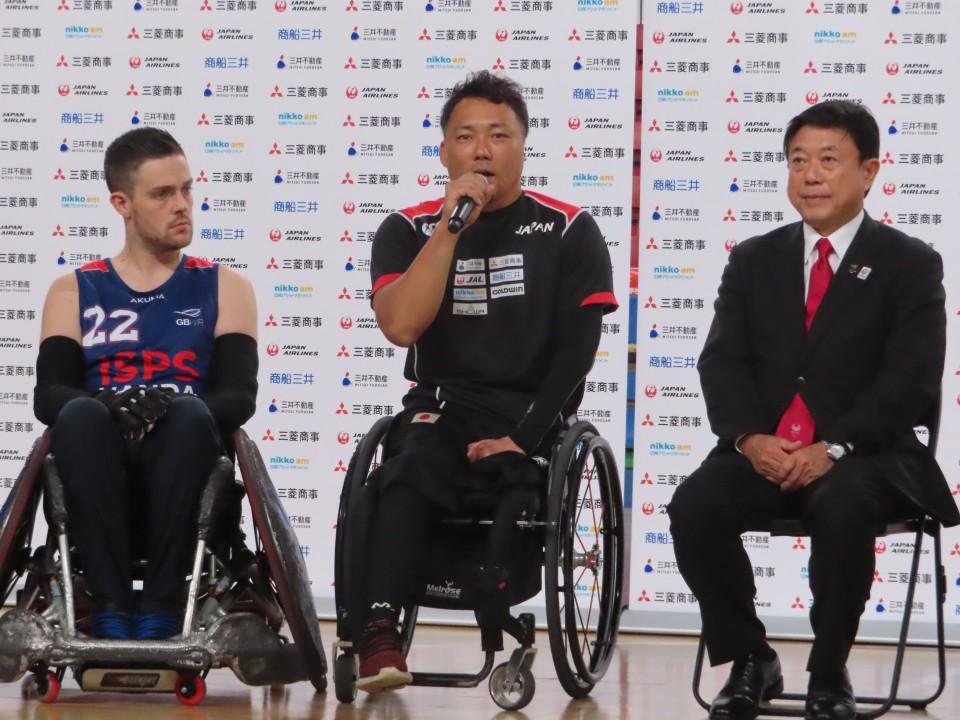 "We were moved from the beginning -- how the fans sang the national anthem from the stands, the players competing with a sense of passion from the start until the end, and we could feel how they felt when they left the pitch," he said. "The match allowed me to notice that we still have room for improvement."

The Japanese wheelchair rugby team claimed bronze at the 2016 Rio de Janeiro Games, and won their maiden title at the world championships last year. They are currently ranked second in the world behind reigning Paralympic champions Australia.

While Japan have grown into a wheelchair rugby powerhouse, they consider playing at a tournament which has Australia, Great Britain, France, Brazil, the United States, Canada and New Zealand a key part of their campaign to recruit more fans on home soil.

"I am so glad that this tournament is held in parallel with the Rugby World Cup, and to be able to show how interesting this sport is," Ike said. "All teams are very strong now and it is no surprise for any team to win the tournament. We have to give out all we have and play rugby we can be proud of in front of our home fans."

Wheelchair rugby is played in a mixed-gender team of four players with the aim of carrying the ball across the opposing team's goal line. Contact between wheelchairs is permitted and it has become the major attraction of the sport, which was originally called "murderball" due to its combative-nature.

"Japan is the world champs for a reason. They are a fantastic team," said Australia captain Ryley Batt. "They will be a very hard team (to beat) next year at the Paralympics and I'm sure every team wants to figure out how to play and how to beat them."

With the Brave Blossoms, led by head coach Jamie Joseph, playing their quarterfinal match against South Africa on Sunday, Ike said he wants to return the favor to the 15-a-side squad by pulling off a strong run at the wheelchair competition.

"It is now our time to reach the finals here (at the WWRC) and give courage to the Japanese national team players competing at the World Cup," he said.