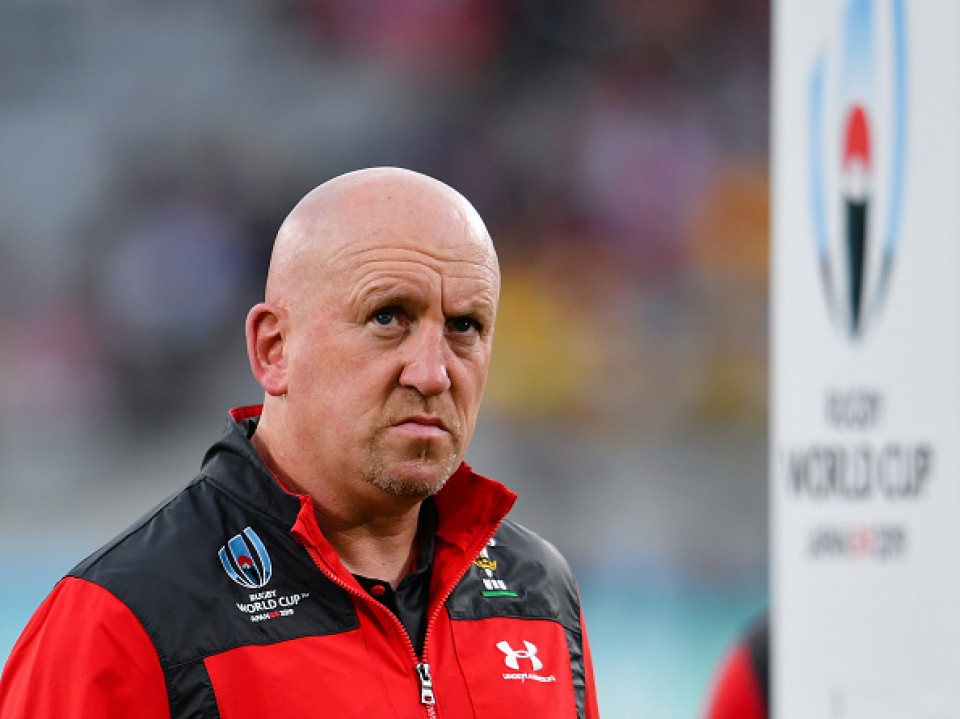 With just three days off following their bruising 29-17 win over Fiji, Wales head coach Warren Gatland has made 13 changes to the starting XV for the team's last Pool D game, against the South American minnows in Kumamoto on Sunday.

Though the Six Nations champions are already game-planning their quarterfinal against France the following weekend, the players lining up at Kumamoto Stadium will only have Uruguay on their minds, according to Edwards.

"The guys who are playing won't have an eye on the quarterfinal, as they know they have to earn their place tomorrow to get in that quarterfinal team," said Edwards, 52, an all-time great in English rugby league.

"I am hoping they are fully focused on the job in hand as they will want to push themselves forward and say to the boss 'when I played against opposition we did fantastic.'"

Inside center Hadleigh Parkes and hat-trick hero Josh Adams are the only players retained from the XV who started against Fiji.

No. 5 lock Adam Beard, who joined the squad late after undergoing emergency appendix surgery, will be one of five starters making their first appearance at the tournament for the undefeated Welsh.

"The competition for places has brought the best out of everyone and created the strength in depth," the 23-year-old second-rower said.

"If you look at the 31 in the squad, I think anyone could slip into the team and put a performance in. We can't wait to get out there on Sunday."

Uruguay coach Esteban Meneses has made nine changes to the starting XV from their previous match, a 45-10 loss to Australia in which the South American underdogs performed admirably.

Inside center Andres Vilaseca and team captain Juan Manuel Gaminara, playing at No. 6, will each make a team-record eighth World Cup appearance for Uruguay.

Scrumhalf Agustin Ormaechea and fullback Rodrigo Silva will join them should Meneses bring the replacements off the bench in Kumamoto.

Uruguay will look to end the tournament on a high note, having already exceeded many people's expectations with a pair of losses and one win -- a 30-27 upset of Fiji in Kamaishi.