Special logos were unveiled Wednesday in southwestern Japan's Kumamoto Prefecture to mark next March's 10th anniversary of its iconic mascot Kumamon, a popular black bear-like character that has found stardom around the world.

The commemorative design, chosen from 325 entries in an open contest, features Kumamon's face in the "0" of "10th Anniversary" and 10 red stars in an arch above to represent the prefecture's famous produce, such as tomatoes and watermelons. It was created by Koichi Uchimura, a 46-year-old art director in Kumamoto city. 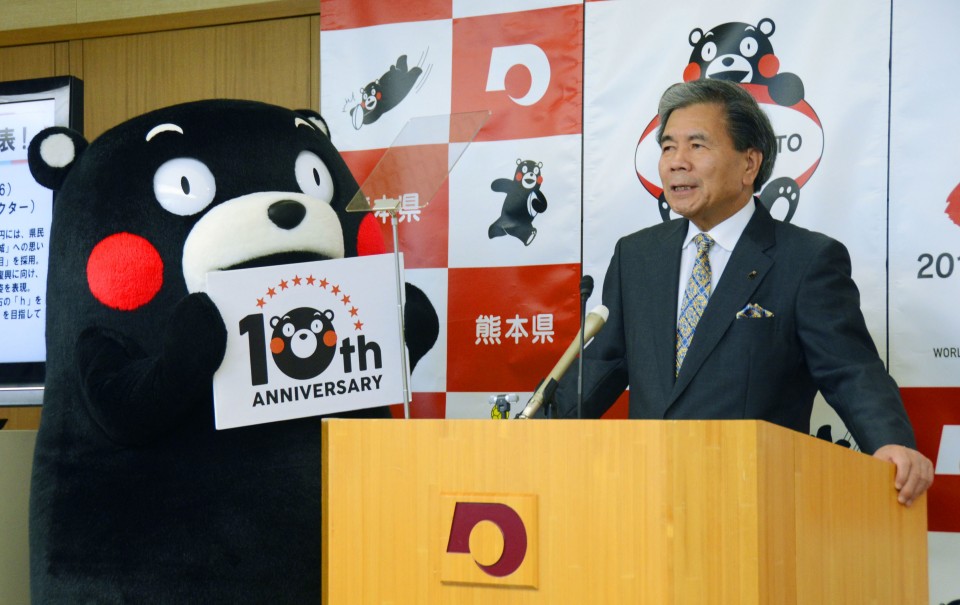 In addition, a special prize was awarded to a colorful and flowery illustration of Kumamon by Hayato Hasunuma, a 34-year-old designer from Saitama Prefecture.

Both designs will be available for businesses to use free of charge throughout next year to promote Kumamoto Prefecture and local products after they obtain approval from the prefectural government. 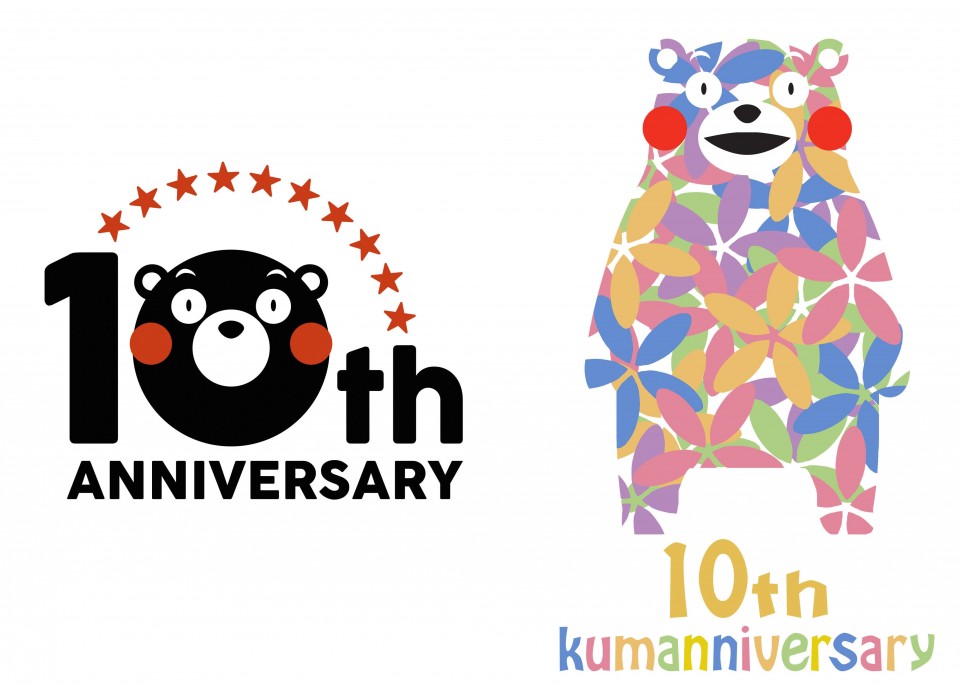 In a country obsessed with cute characters and where there is a mascot for almost everything, Kumamon is arguably Japan's king of mascots.

Initially created to promote the March 2011 launch of the Kyushu Shinkansen bullet train service, the mischievous character won an annual nationwide poll the same year as the most popular "yuru kyara" regional mascot, and soon proved a huge international hit.

When Kumamoto was devastated by deadly earthquakes in April 2016, Kumamon played an active role in promoting reconstruction efforts and lifting people's spirits.

More recently, Kumamon was involved in promoting the Rugby World Cup in Japan, as Kumamoto was host to two pool matches.