Hong Kong leader not ruling out military intervention by Beijing

Hong Kong leader Carrie Lam said Tuesday she does not rule out the option of requesting Chinese military intervention to curb ongoing anti-government protests, if the situation becomes "so bad."

Lam also told reporters it would take some time for a new ban on face coverings at public gatherings to have an effect and there is currently no plan to legislate more laws under emergency powers.

Demonstrations that began in June against a now-suspended bill to allow extradition to China have evolved into broader anti-government protests that have shown no signs of ending and spawned increasingly violent clashes between protesters and police.

Last weekend, the first since the anti-mask law went into effect at midnight Friday, saw many people wearing masks take to the streets in defiance of the ban, with some protesters trashing subway stations and businesses with purported links to mainland China.

Lam told a regular news briefing that she does not rule out any measure to stop violence and restore order. Asked if the government would consider asking Beijing to send in the military, she said the option was provided for under the Basic Law, the mini-constitution in effect since the former British colony was returned to Chinese rule in 1997. 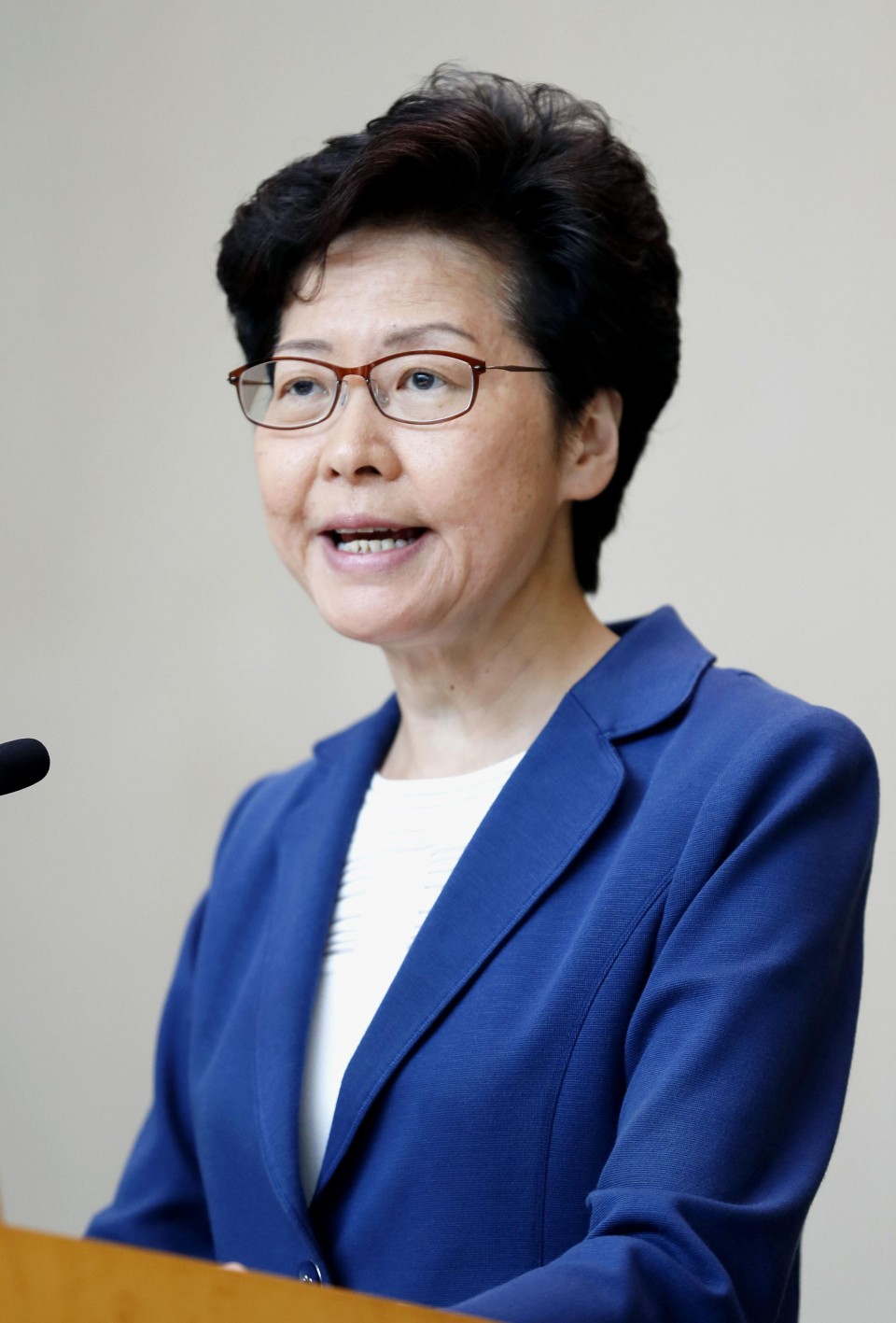 (Carrie Lam speaks to the media)

"I cannot (say) now under what circumstances we would do extra things including...calling on the central government for help," Lam said. "At this point in time, I still strongly feel that we should find the solutions ourselves. That is also the position of the central government that Hong Kong should tackle the problem on her own."

"But if the situation becomes so bad, then no options (can) be ruled out," she said.

Among the other measures under consideration is regulating the internet.

Lam said the government so far has no plans to invoke emergency powers to legislate other regulations. But she said, "When we would judge that we need to invoke (the Emergency Regulations Ordinance) is not something that I can say categorically now because we are faced with such a changing situation."

Article 14 of the Basic Law stipulates that Hong Kong could ask Beijing to deploy the Chinese army to help maintain public order.

In a news briefing, police spokesman Kwok Yam-yung reiterated the force's determination and capability in containing the social unrest, while admitting it is facing unprecedented challenges from a "very formidable enemy."

"With the help from all sectors of the society, we will be able to deal with it by ourselves," Kwok said while addressing questions over police's cooperation with the People's Liberation Army. "I will leave the decision or any comment on the involvement of PLA back to Hong Kong government and as police, we will not comment further."

But he strongly denied there are any mainland Chinese police working inside Hong Kong's police force.

Since June, the police have arrested 2,363 people, aged between 12 and 83, including 241 in the last four days, for offenses including unlawful assembly, rioting, possession of weapons, assaulting police, criminal damage and obstructing police duty.

A total of 77 people arrested over the weekend for rioting or unlawful assembly were also being additionally charged with breaching the anti-mask law, which carries a one-year prison term and a fine of HK$25,000 ($3,200), according to the police.

Legislative Council President Andrew Leung said HK$40 million was spent on repairing damage to the territory's legislature building, which was vandalized by protesters on July 1.

Lam is expected to deliver a policy address at the legislature on Oct. 16, when the legislative session resumes following three months' closure.