The operator of the Keikyu Line resumed full train services Saturday afternoon in Yokohama two days after a train hit a delivery truck stuck at a railway crossing, leaving one person dead and 35 others injured.

Keikyu Corp. used a large crane to remove the remainder of the partially derailed train and the truck from the site by the early morning, after workers toiled through the night to check the safety of the tracks and overhead wires.

The suspension of train services affected about 630,000 people, according to Keikyu. The accident occurred around 11:40 a.m. Thursday when the truck became stuck at a railway crossing near Kanagawa-Shimmachi Station and was hit by the eight-car express train, causing the first three cars to derail and killing the truck driver.

The express train from Aoto in Tokyo to Misakiguchi in Kanagawa Prefecture was carrying about 500 passengers at the time of the accident. The truck caught fire after the collision.

The driver appeared to have approached the crossing from a road he was unfamiliar with in a deviation from his normal route, police said Friday, adding they are continuing to analyze camera footage shot around the time near the crossing to determine the truck's movements. 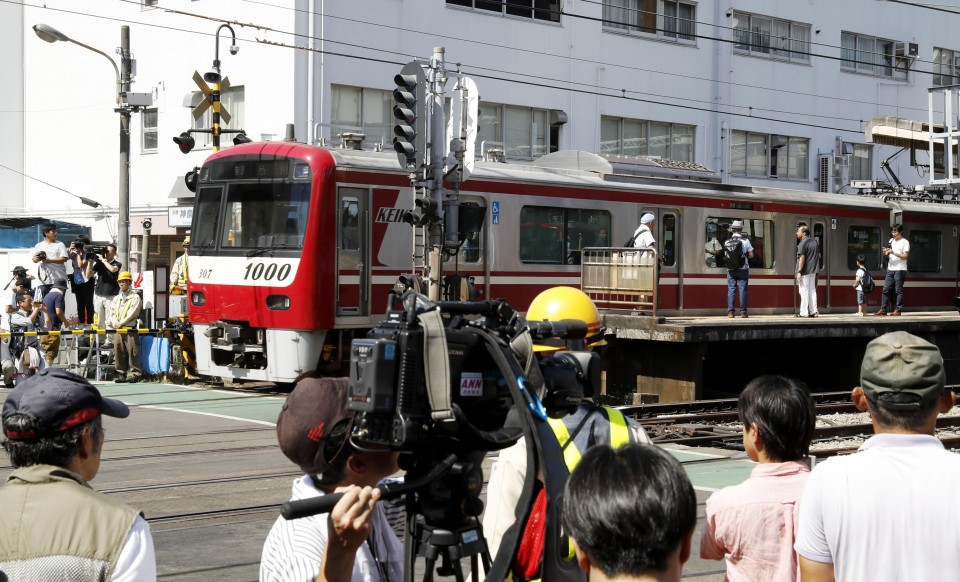