Toyota Motor Corp. rolled out a new model of the Corolla on Tuesday, making it the first fully redesigned sedan in about seven years.

Featuring a low center of gravity with a sportier design, the new sedan has a touch screen display that can send texts, play music and use navigation applications while connected with smartphones, Toyota said in a news release. 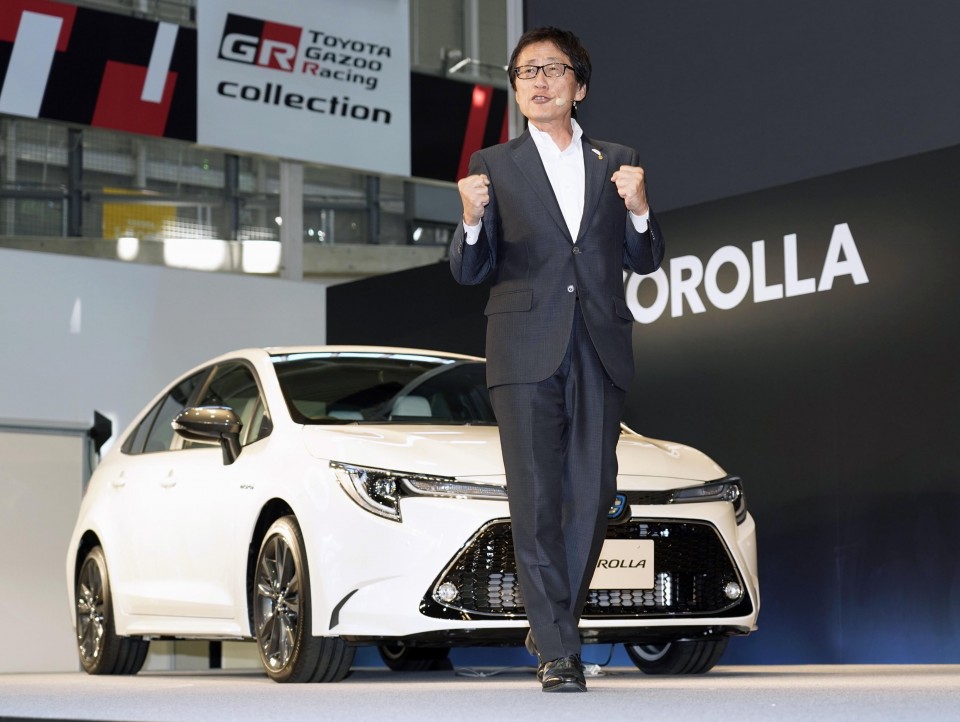 The new Corolla is also equipped with the latest safety system that detects pedestrians and bicycles at night, the Japanese automaker said.

The Corolla has sold over 47.5 million vehicles worldwide since its debut in 1966. The latest model is the 12th of its kind.

Toyota unveiled two types with gasoline engines of 1.8 liters and 1.2 liters, as well as one with a hybrid engine of 1.8 liters.

The prices will be subject to a 10 percent consumption tax rate if vehicles are registered after the Oct. 1 increase in the rate from the current 8 percent.

BREAKING NEWS: TikTok, WeChat users outside U.S. not to be affected by U.S.