A water outage near Tokyo continued to affect around 5,000 households Thursday, as blackouts triggered by powerful Typhoon Faxai earlier in the month prevented pumps from drawing water from rivers and underground sources.

Roughly 30,000 households were also without power 10 days after the typhoon ripped through the region, while Tokyo Electric Power Company Holdings Inc. scrambled to restore its damaged power grid, aiming for a full resumption by Sept. 27.

Most of the households without running water were in Kimitsu, with around 500 households in Minamiboso also affected, according to the Chiba prefectural government. 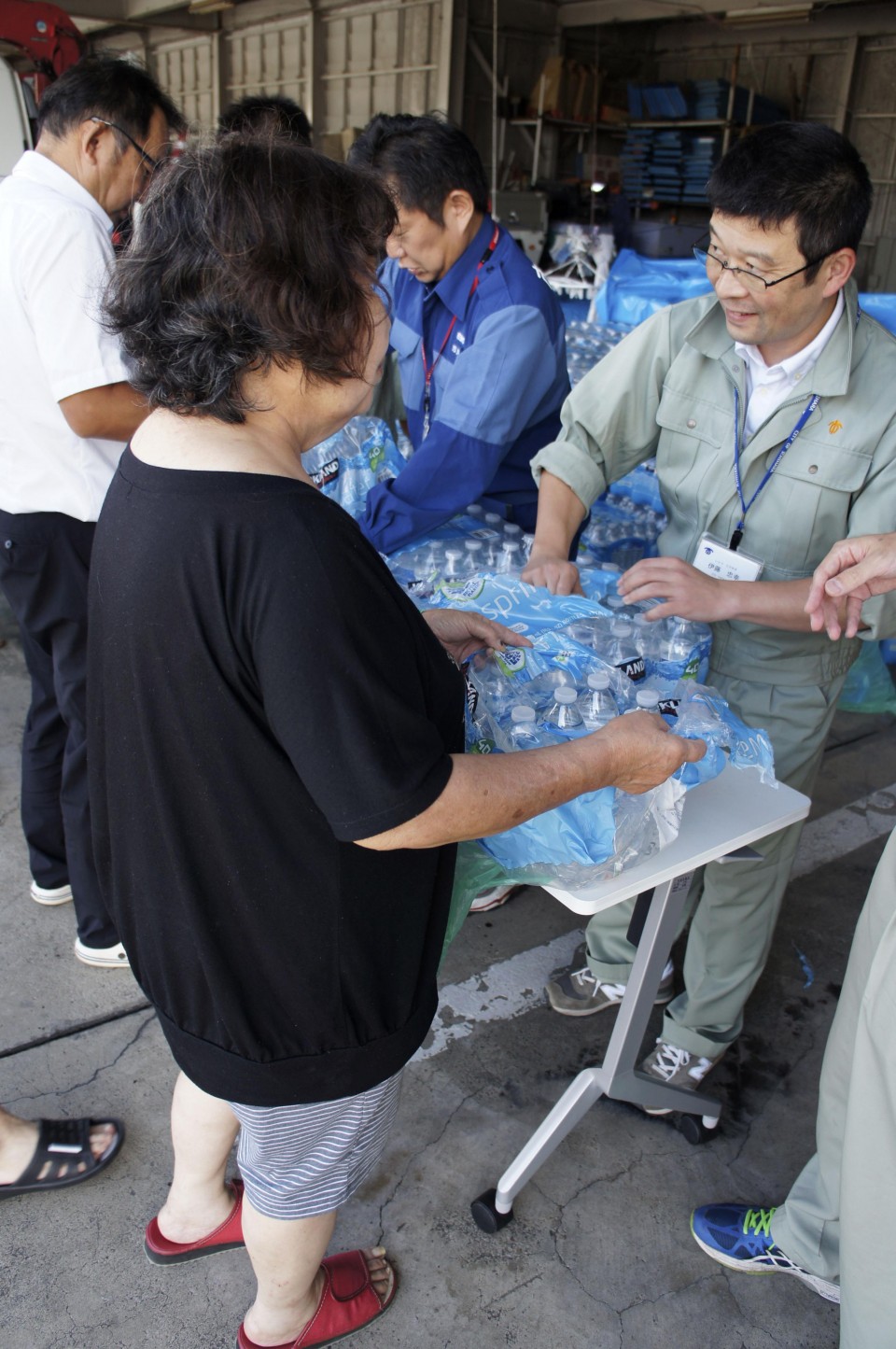 (Residents of the city of Ichihara, Chiba Prefecture, recieve water at the city hall, on Sept. 12, 2019)

3 die, over 100 injured in repair attempts in storm-hit Chiba Pref.

The prolonged water and power outages have left many residents weary and frustrated, while a water service company covering four cities in Chiba Prefecture said resolving the power outage would not immediately restore water.

"Even after the power outage is resolved, work will remain, such as storing water in distribution reservoirs and cleaning water pipes, so it will take some time before people can actually start using water at home," said Kazuyuki Hirano, an official of the company.

Meanwhile, running water was restored Wednesday to the whole of the town of Tako, where about 4,000 households, or nearly 70 percent of the municipality's households, had been without supply at one point.

"Stress built up each day as I was unable to use water to flush the toilet and take a bath," said a 71-year-old man who was among the affected.

Faxai made landfall near the city of Chiba on Sept. 9, becoming one of the strongest recorded typhoons to hit the Kanto region of eastern Japan.