21 injured as powerful typhoon moves to Sea of Japan

Twenty-one people were injured Sunday as a powerful typhoon continued to travel northeast toward the Sea of Japan, with the weather agency warning of strong winds, heavy rain and high waves.

Typhoon Tapah is expected to approach the Hokuriku and Tohoku regions as well as the northernmost main island of Hokkaido on Monday, according to the Japan Meteorological Agency.

The season's 17th typhoon has been affecting public transportation over the three-day weekend in Japan. Airlines have canceled many of Sunday's flights to and from the southwestern main island of Kyushu, while Kyushu Railway Co. has suspended some services. 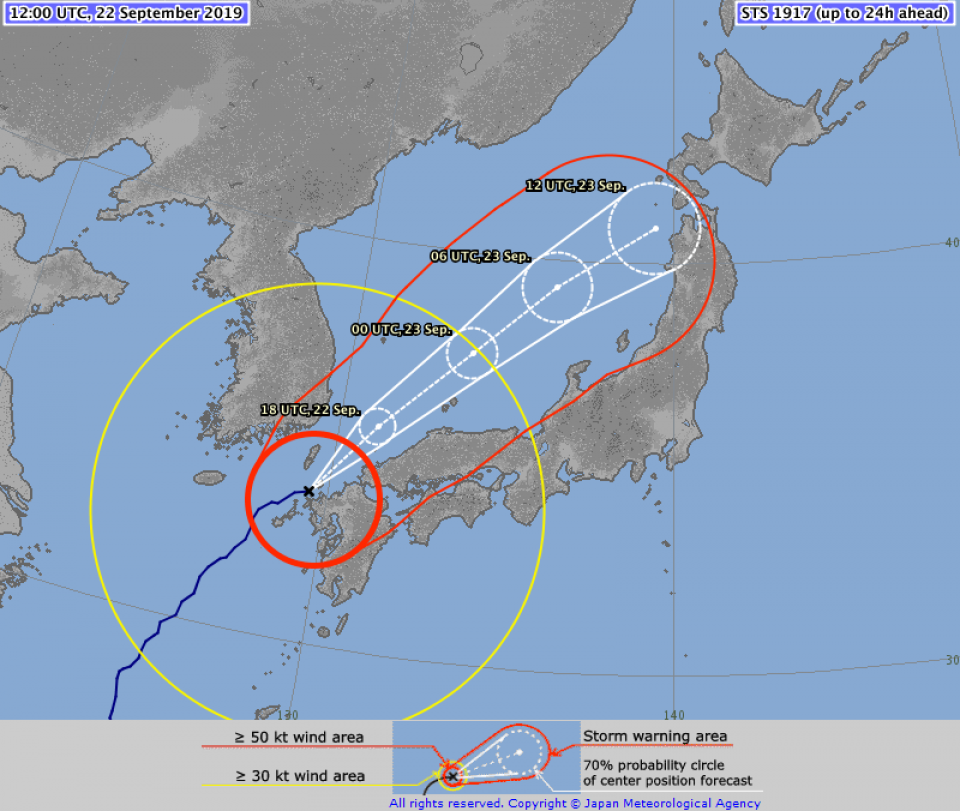 In the southern prefecture of Okinawa, 19 people suffered minor injuries, while two were injured in Nobeoka, Miyazaki Prefecture, where glass in buildings broke and a car was overturned due to strong winds.

In Miyazaki Prefecture, some 6,000 households mainly in Nobeoka were temporarily without electricity.

As of 8 p.m., the typhoon was traveling north-northeast in the East China Sea some 80 kilometers off Tsushima, Nagasaki Prefecture, at a speed of 30 km per hour, the agency said. It had an atmospheric pressure of 975 hectopascals at its center and was packing winds of up to 162 kph.

Up to 300 millimeters of rain is expected in the western main island of Shikoku, up to 200 mm in Tokai in central Japan, and up to 180 mm in northern Kyushu in the 24-hour period through 6 p.m. Monday, the agency said. 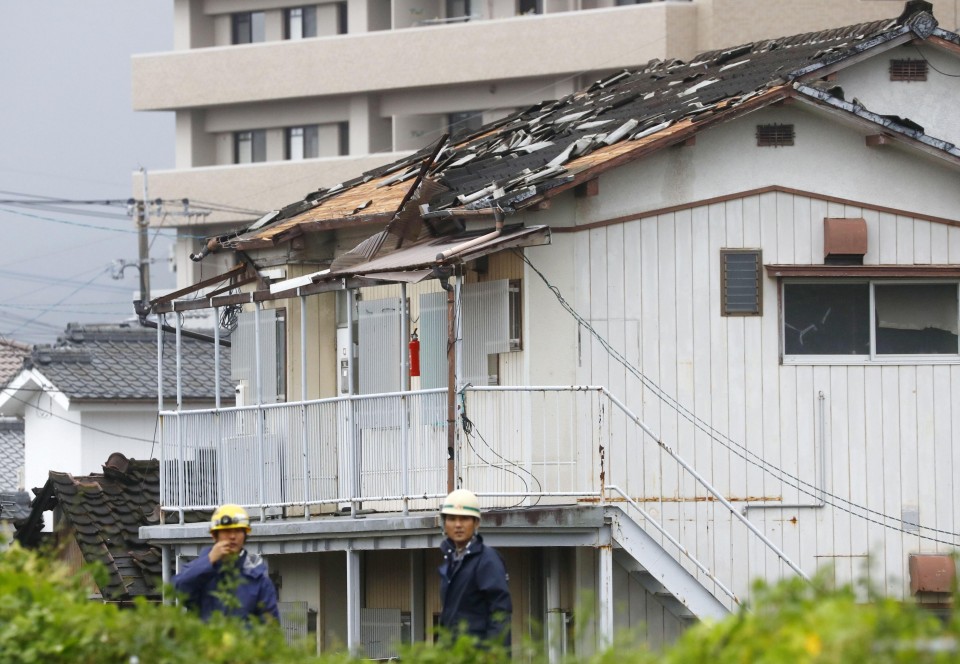 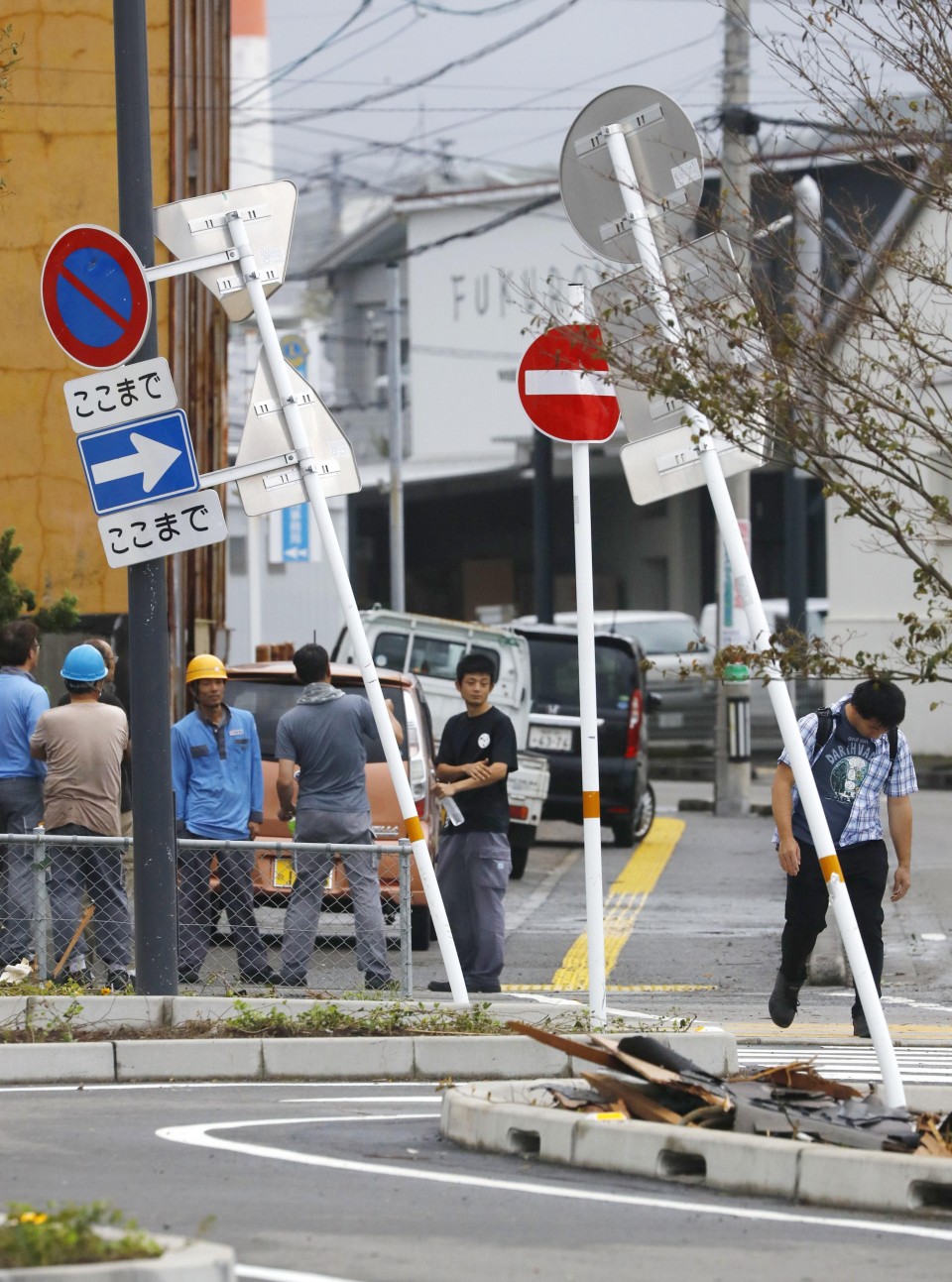