It's fair to say John Kirwan knows more than a thing or two about Rugby World Cups.

So when he says the 2019 tournament will be special, it's worth taking note.

"This is the most competitive World Cup there has been, and there are six to eight sides that could win," Kirwan told Kyodo News at Tokyo Stadium (Ajinomoto Stadium), a day before the opening game. 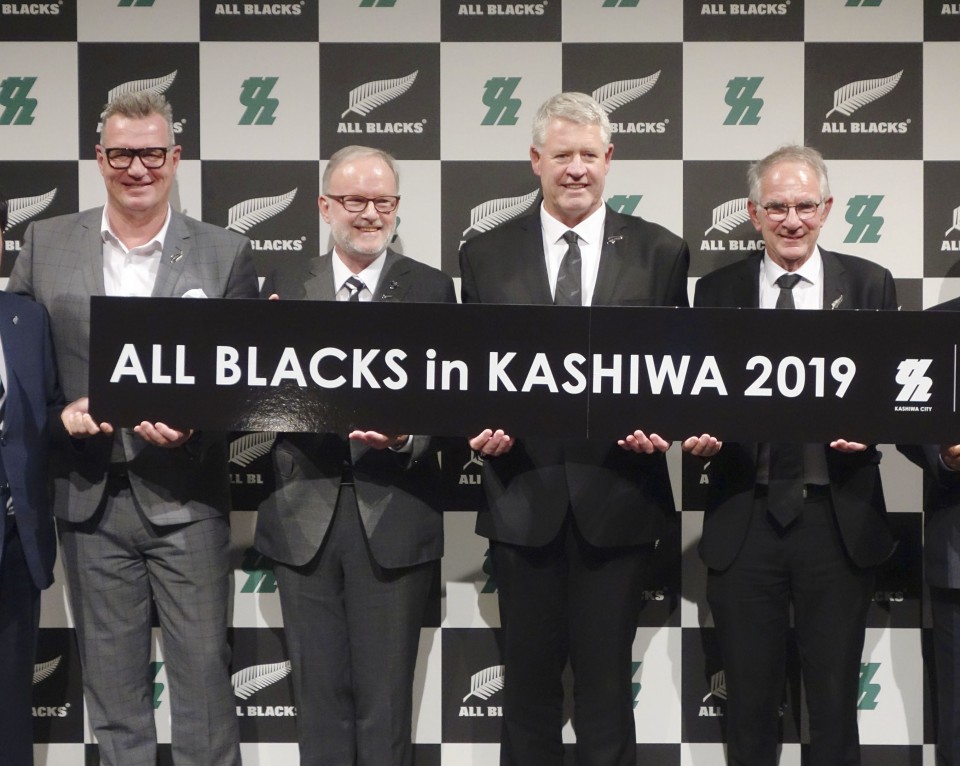 When asked of his early thoughts on the hosts, he said "Japan have already proven to be fantastic hosts. To see the Kashiwanoha children do the haka and see 15,000 fans watch Wales training in Kitakyushu...(Rugby has) come a long way since you and I sat together in the stands with three people and a dog (watching Top League)."

The former wing had just accompanied cyclists James Owens and Ron Rutland through Tokyo on the last leg of their journey delivering the whistle to be used in the opening game, having joined the pair in England in February on the opening leg from London to Canterbury.

Rugby: Japan all set to kick off World Cup in style

Rugby: Whistle for RWC opener gets over the line after epic journey

And he will work as an ambassador for the sponsor of that trip, DHL, during the tournament in addition to fulfilling a number of other roles, including tour guide.

"I'm doing a couple of TV shows for New Zealand and I am also doing a documentary called JK's Japan where I am taking people around," said the 54-year-old, whose try against Italy in the opening game of the first World Cup remains one of the tournament's most iconic moments. 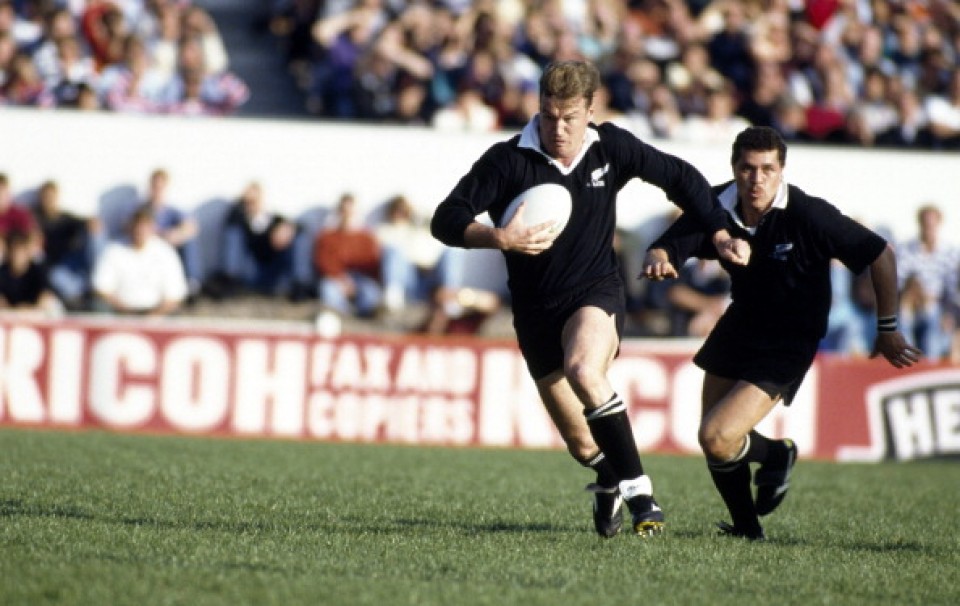 Asked who would win the Webb Ellis Cup, Kirwan said, "In World Cups there are always surprises. So if you're thinking about the quarterfinals there are two spots (outside the six favored teams)."

And one of those spots could go to the Brave Blossoms, he said.

"Japan have huge expectations on them but I think they can make it through to the knockout stage. I hope they can do well for two things, because obviously I love Japan and have had a fantastic time and memories here, and I think it will be great for the World Cup and great for rugby." 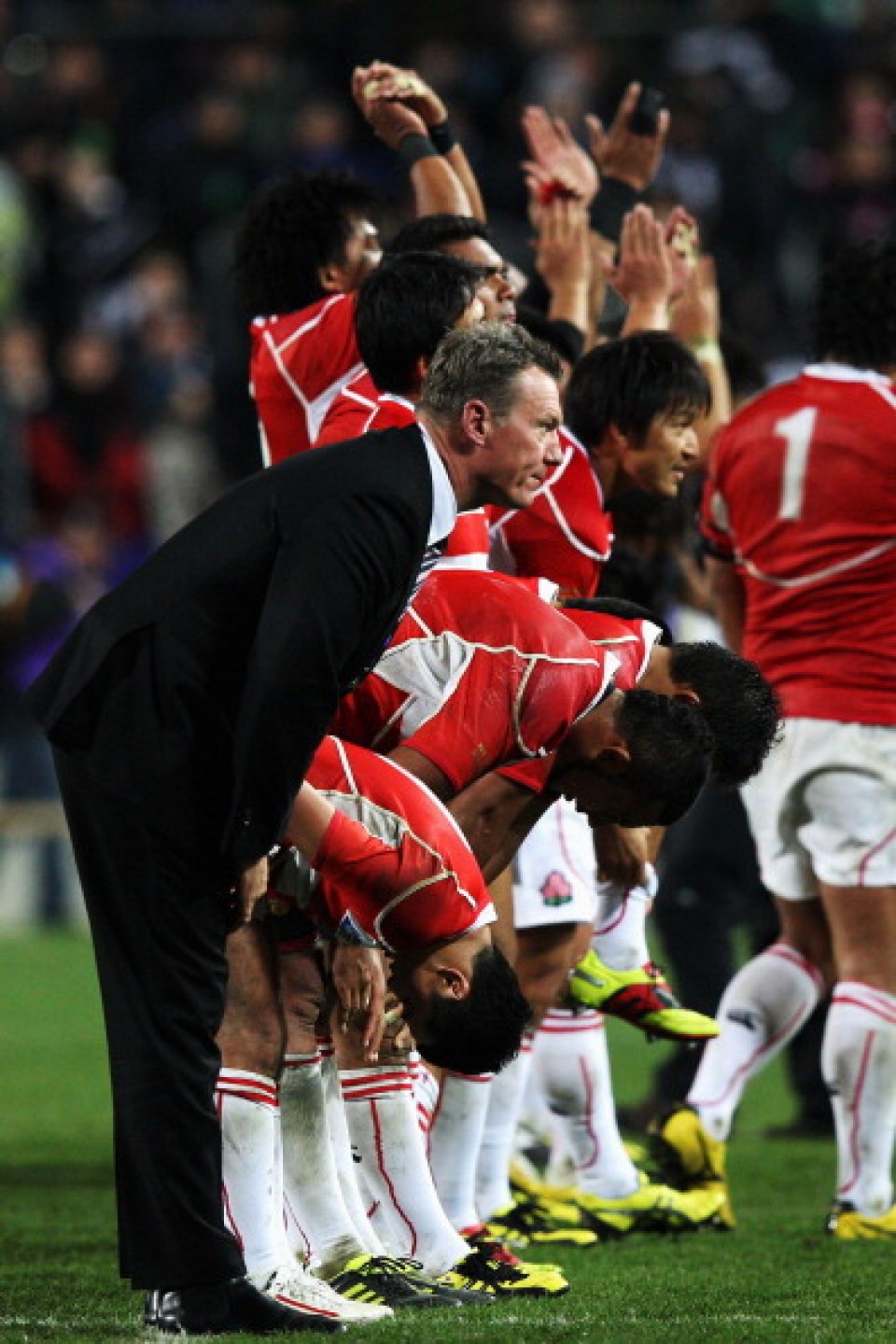 (John Kirwan, then coach of Japan, bows with his players after a 2011 Rugby World Cup Pool A match against New Zealand [Getty/Kyodo]

Pointing out how well the likes of Argentina and France have done in past tournaments without actually winning the Cup, Kirwan said "the stronger the tournament is from a global point of view, the more random it is and that's what's so exciting."

But at the end of the day, when you have been capped 63 teams by New Zealand, there is only one choice when pushed hard to predict a winner.

"We will be hard to beat. Steve Hansen and his coaching staff and selection staff are really smart. We have some new players and a lot more competition for spots so for me, we will be very, very hard to beat."