Japan may be ready to host a "spectacular Rugby World Cup," but serious questions remained Tuesday as to what impact it will have on the nation, particularly with the Tokyo Olympics just a year away.

A day after 15,300 people watched an open training session by Wales in Kitakyushu, World Rugby Chairman Bill Beaumont lauded Japanese fans for the welcome they have shown teams arriving for the tournament.

"Japan has comprehensively proven that it will be the best of hosts, welcoming the world's best players and 400,000 international visitors with open and welcoming arms," Beaumount said. "The welcome that the teams have received has been nothing other than magnificent, truly special."

The former England lock went on to say that "never has a tournament been so eagerly anticipated and never has a host nation been so excited to embrace our sport."

With 96 percent of the 1.8 million tickets sold, local organizing committee president Fujio Mitarai said the hosts were on track to fulfill their goal of having all 48 games played in front of "completely full stadiums." 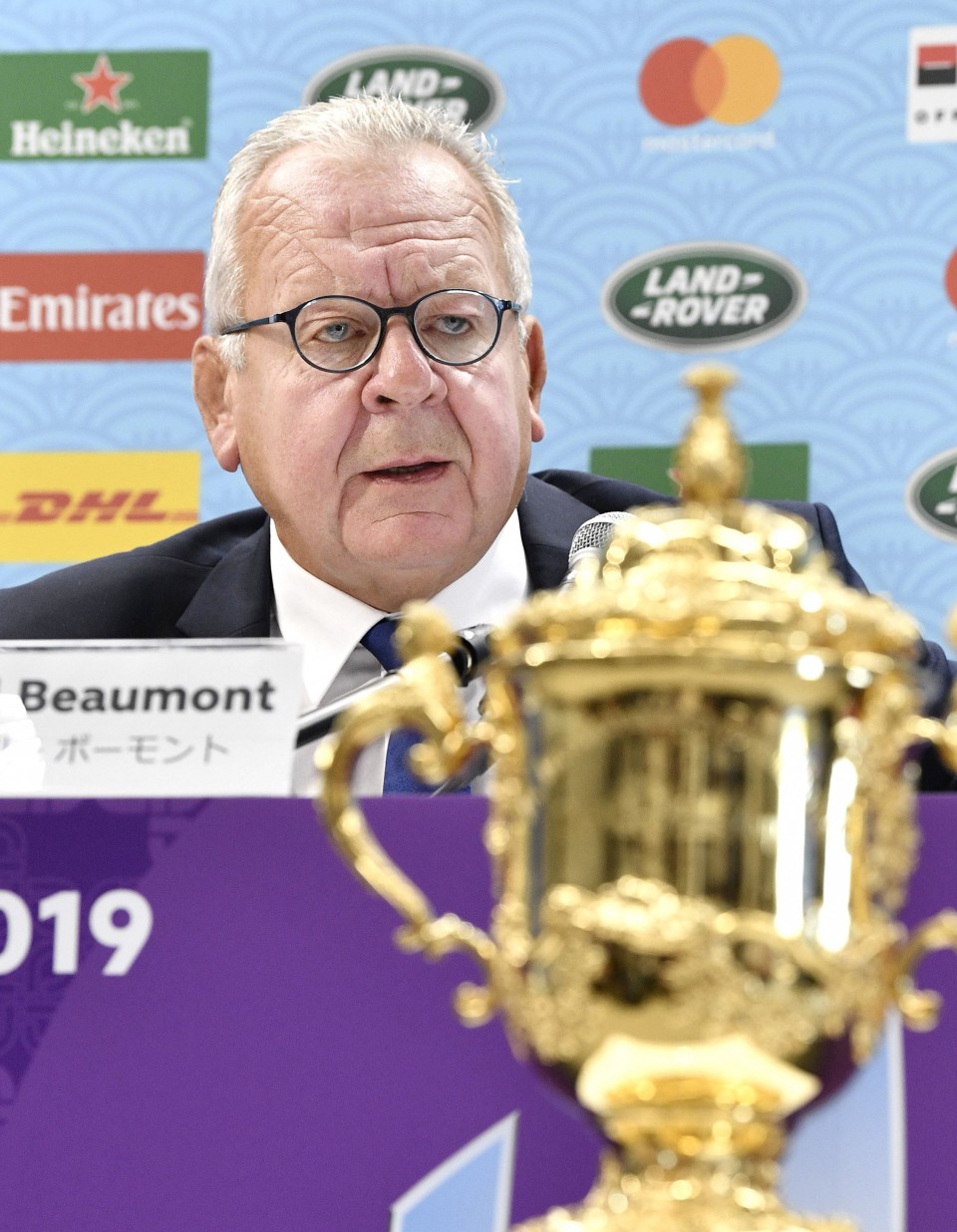 Rugby: All Blacks' World Cup dominance under threat in Japan

Mitarai said he hoped the event would help increase the number of fans in Japan and ensure that more children play the sport.

However, when asked how that would happen, given the way the sport is currently structured, Japan Rugby Football Union President Shigetaka Mori said the organization needed more time to develop programs.

World Rugby and the JRFU have made much of the tag rugby programs introduced in elementary schools nationwide across Japan. But the declining number of rugby clubs at junior high schools and high schools and lack of age-grade rugby clubs sees the vast majority of tag players give up the sport.

"We haven't decided anything yet," said Mori, when asked whether there were plans to train more coaches at junior and high schools.

"The playing population has continued to decrease so we need to do something to help grow the sport."

The 67-year-old Mori only took on the presidency in June after former Honorary President Yoshiro Mori resigned in April. The former prime minister made it very clear at the time he was unhappy with the lack of vision for the future of Japanese rugby after the World Cup and his move initiated mass changes within the union.

"I really think it is a shame," Shigetaka Mori said when asked why nothing had been done in the 10 years since Japan was awarded the right to host the world's third-biggest sporting event.

He admitted the union had failed to capitalize on the success of the 2015 edition of the Brave Blossoms.

"We do not want to repeat that (failure). So we are thinking of many different ways to keep the momentum going," he said.

With the Olympics just 10 months away, the former Japan center admitted time was of the essence to ensure children, who have turned up in their thousands to watch the teams train, are able to play the game before they may be inspired by other sports next summer.

However, Mori, who played 27 times for Japan, said the JRFU first needed to "improve their financial foundation."

The World Cup kicks off on Friday with Japan taking on Russia in Tokyo and reaches its conclusion in Yokohama on Nov. 2.