Gluten-free ramen noodles and tofu jerky were among the many products exhibited Monday by Japanese food companies appealing to health-conscious Australians at a Japanese food expo in Sydney.

A record 22 companies participated in the Premium Japanese Food Showcase, an event hosted by the Japan External Trade Organization to help introduce food producers in Japan to potential importers, wholesalers and restaurants in Australia. 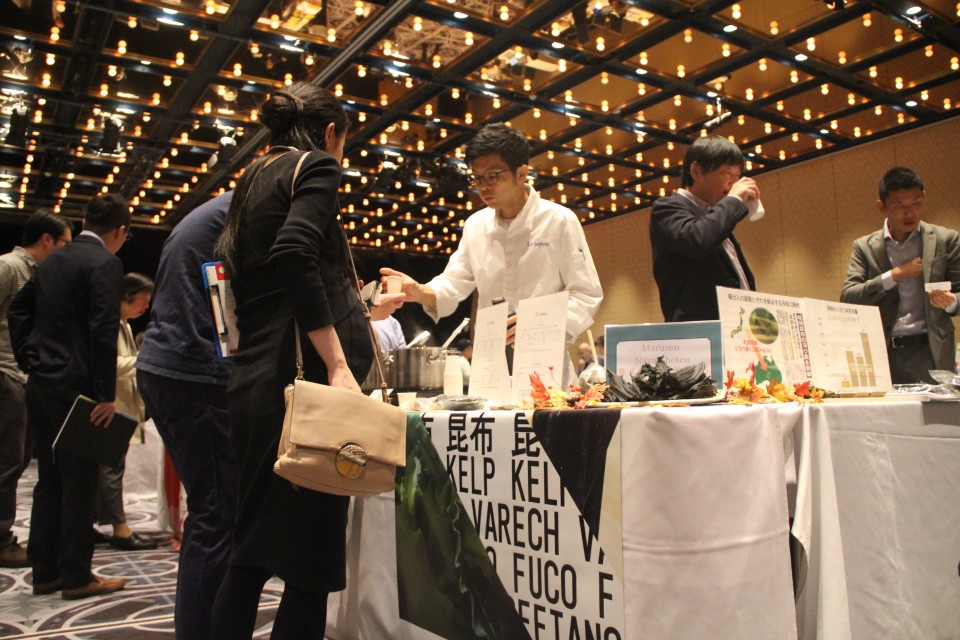 According to JETRO, Australian consumers are sensitive to culinary trends such as gluten-free and organic foods. Moreover, they enjoy an average annual income roughly 1.5 times that of Japan, meaning Australians are willing to pay top dollar for high-quality foods.

Cooking workshop coordinator Pamela Woods said that while impressed by the selection of seafood on display, she was also keen to find options for individuals with dietary restrictions. 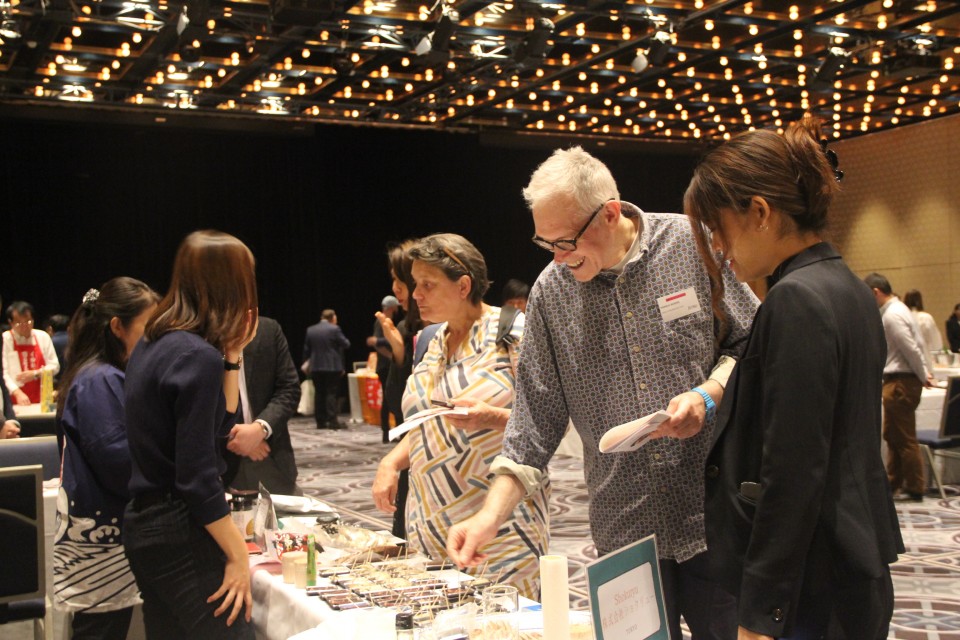 (Pamela Woods samples some of the products on show at the Premium Japanese Food Showcase in Sydney.)

"Food provenance is quite important, so it's helpful to speak with the sellers," she said.

"People are able to use our kombu to create safe and delicious stock which can also be used in vegan cooking," said Managing Director Taro Naya.

Australia is the 10th largest export destination for Japanese agricultural and seafood products, according to JETRO.

Agricultural and seafood exports from Japan to Australia increased by almost 9 percent in the last financial year ended June, and have doubled since 2013.