Late last month I flew from Washington, across Europe, Turkey and Iran to the Strait of Hormuz and beyond.

After three days in Muscat, the capital of Oman and a crucial mediator in Middle East disputes, I flew on to Riyadh, the capital of Saudi Arabia, very far, both geographically and culturally, from the Pacific, where I spent most of my time, yet no doubt crucial to the future of Japan in world affairs.

Since the oil shocks of the 1970s, Riyadh has become a common destination for Japanese prime ministers, despite its distant location, with Prime Minister Shinzo Abe himself having visited twice. 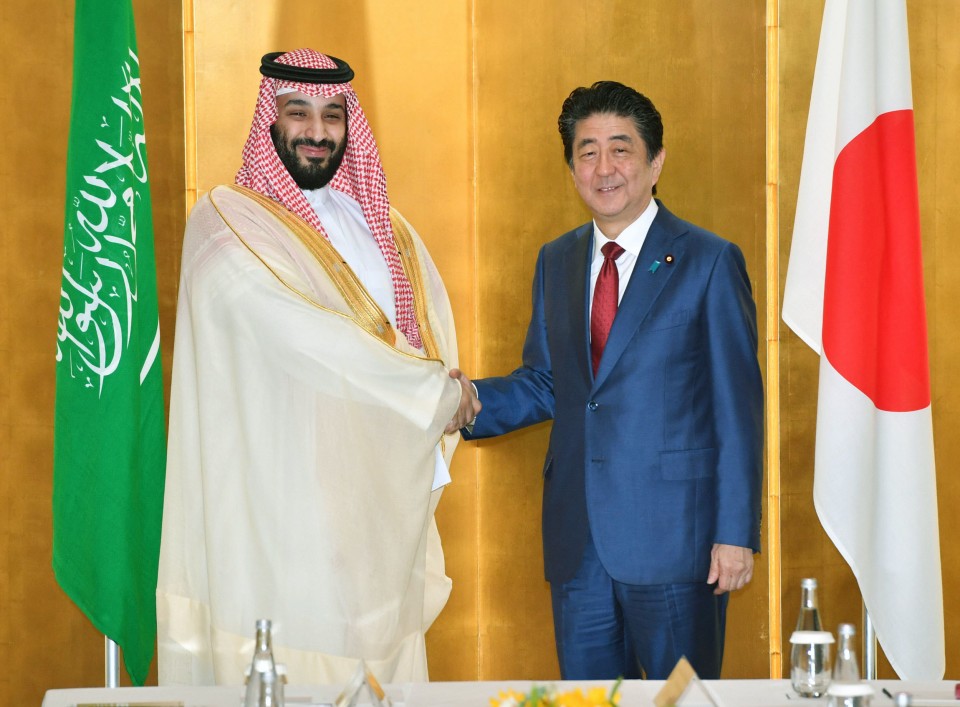 The Saudis, with a quarter of global proven oil reserves, are also the world's crucial swing producer, with the unique ability to raise or lower domestic production in ways that inevitably influence global oil prices.

Saudi Arabia, as the world's largest oil exporter, remains intensely concerned about developments in the energy world, and relations with energy producers.

Russia's advances in the Middle East, including Syria and Turkey, concern them greatly, I found, as does U.S. shale gas. And the Saudis will be hosting Russian President Vladimir Putin in Riyadh in October.

My biggest surprise, however, was how seriously the Saudis are thinking of a world beyond oil, and how significantly Japan looms as their mentor in that regard due to its efficient use of resources, even though the two countries contrast sharply in their hydrocarbon reserves.

I had been prepared, from media reports and the reports of Saudi friends, for the enthusiasm among young educated elites and the middle class for recent social reforms, as well as the quiet resentment of older conservatives.

Yet I was not prepared for the intensity of concern for the environment and alternate energy. From the very first seminar in which I engaged in Riyadh, the discussion was of these issues.

The first speaker I encountered told me that she had studied in Germany, and was researching solar power and other forms of alternate energy. She was concerned about the radical expansion of global auto usage, fueled by economic growth in the developing world, and what it might imply for air pollution.

Both this woman and other researchers, including fluent Japanese speakers with academic experience in Tokyo, were intensely interested in Japanese advances in electric vehicles and batteries, as well as low-energy consumption electric appliances and power-transmission systems.

For decades Saudi Arabia has been talking about diversifying away from oil. Yet little was done. Over the past decade, however, a variety of new pressures have arisen that are forcing more serious consideration of change.

Riyadh will be hosting the Group of 20 global economic summit next year, as the successor to Osaka, which convened the global conference in June, 2019.

Alternate energy and sustainable development, together with infrastructure, human capital and small business promotion, are all expected to be on the Riyadh G-20 summit agenda, as they were in Osaka.

These topics are also central to Saudi-Japan Vision 2030 -- the economic cooperation plan on which Prime Minister Abe and Saudi Crown Prince Mohammed bin Salman agreed during his March, 2017 visit to Japan.

This close policy cooperation, reaffirmed in a special bilateral meeting during the Osaka G-20 summit, reflects the crown prince's perception, embodied in his Saudi Vision 2030 program, that Saudi Arabia needs to diversify its economy toward "knowledge-intensive" industries, as Japan did during the 1970s, while preserving Saudi Arabia's natural competitiveness in high value-added, energy-intensive sectors like petrochemicals.

In keeping with his focus on knowledge-intensive industries, the crown prince has also invested heavily in SoftBank Group Corp. Chairman and CEO Masayoshi Son's $100 billion Vision Fund. Indeed, with $45 billion invested, Saudi Arabia's sovereign-wealth fund PIF is by far the largest investor in Son's Vision Fund, which has plowed more than $20 billion into Uber and other innovative ride-sharing ventures.

In another indication of confidence in Japan, Saudi Arabia is considering Tokyo as the second site, following its own capital Riyadh, for Aramco's massive IPO, which is likely coming at a scale of $100 billion (roughly 5 percent of Aramco) around 2020. Aramco's debut in global financial markets could well be the largest initial public securities offering in world history.

At a variety of levels, Saudi Arabia is thus deeply engaged economically with Japan, and in many areas beyond oil. Japanese soft power is clearly visible in Riyadh as well.

In that brown-hued desert capital, under a blazing summer sun, I found plenty of sushi, a shop entitled "Furusato," and even a restaurant named "Wagyu," even though it served only hamburgers.

Japan is thus clearly present in the Saudi capital. That broad presence should be a plus for Japanese Gulf diplomacy, as it strives to mediate with Saudi Arabia's rival across the Gulf in Teheran, and to enhance Tokyo's rising role on the world stage. 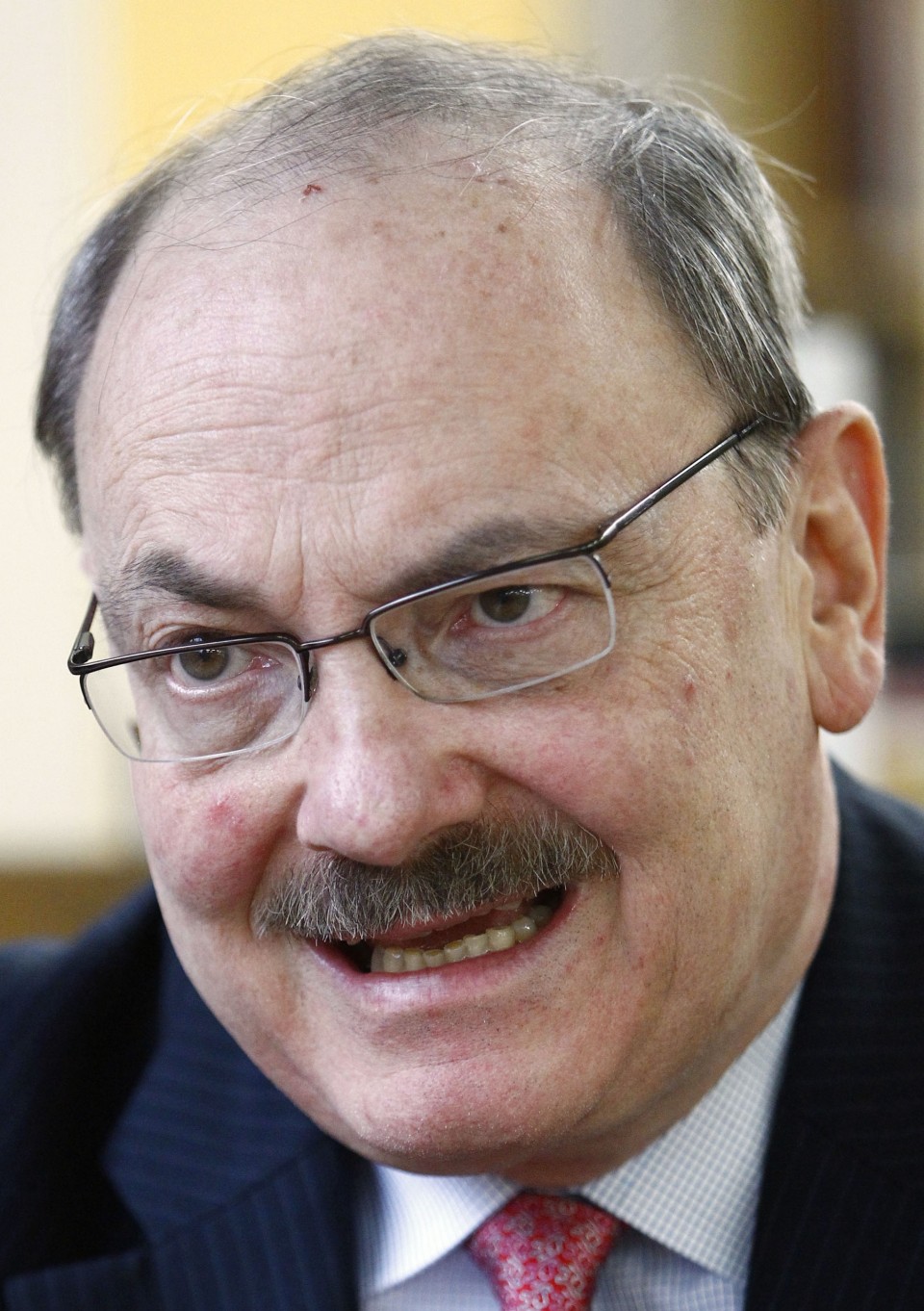