An undeclared North Korean ballistic missile base in the country's southwest hosts medium-range missiles capable of striking half of Japan and anywhere in South Korea, a U.S. think tank said Friday.

The base in Kumchon-ni is located 75 kilometers north of the Demilitarized Zone dividing the two Koreas, 165 km northeast of Seoul and 1,100 km west-northwest of Tokyo, the Center for Strategic and International Studies said. 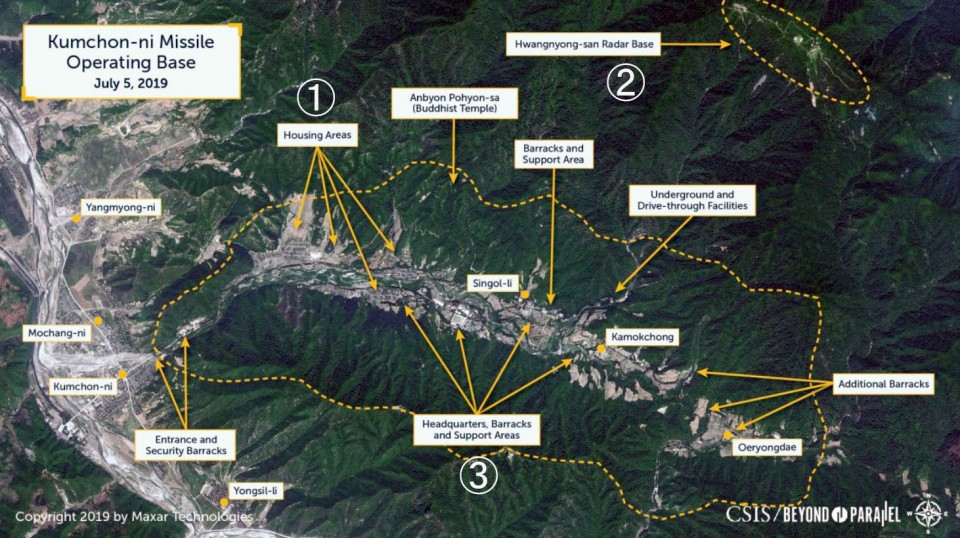 Should the missile operating base, currently believed to host Hwasong-9 missiles, be equipped with newer weapons such as solid-fueled KN-15, "the threat envelope could include all of Japan, including U.S. military bases on Okinawa, and beyond," it said.

Satellite imagery taken in July showed a series of related facilities and housing for personnel working there and at a nearby radar base, CSIS said.

"As of August 2019, the base is active and being well-maintained by North Korean standards," it said, adding continued infrastructure changes at the facilities in recent years "attest to the ongoing importance" of the base to North Korean leadership.