Shogo Nakamura and Honami Maeda claimed spots Sunday for the men's and women's marathons at the 2020 Tokyo Olympics after winning the Marathon Grand Championship, a trial race held in the Japanese capital for next summer's competition.

The top two finishers in the men's and women's races claimed spots for the games, qualifying runners-up Yuma Hattori and Ayuko Suzuki for their maiden Olympics. 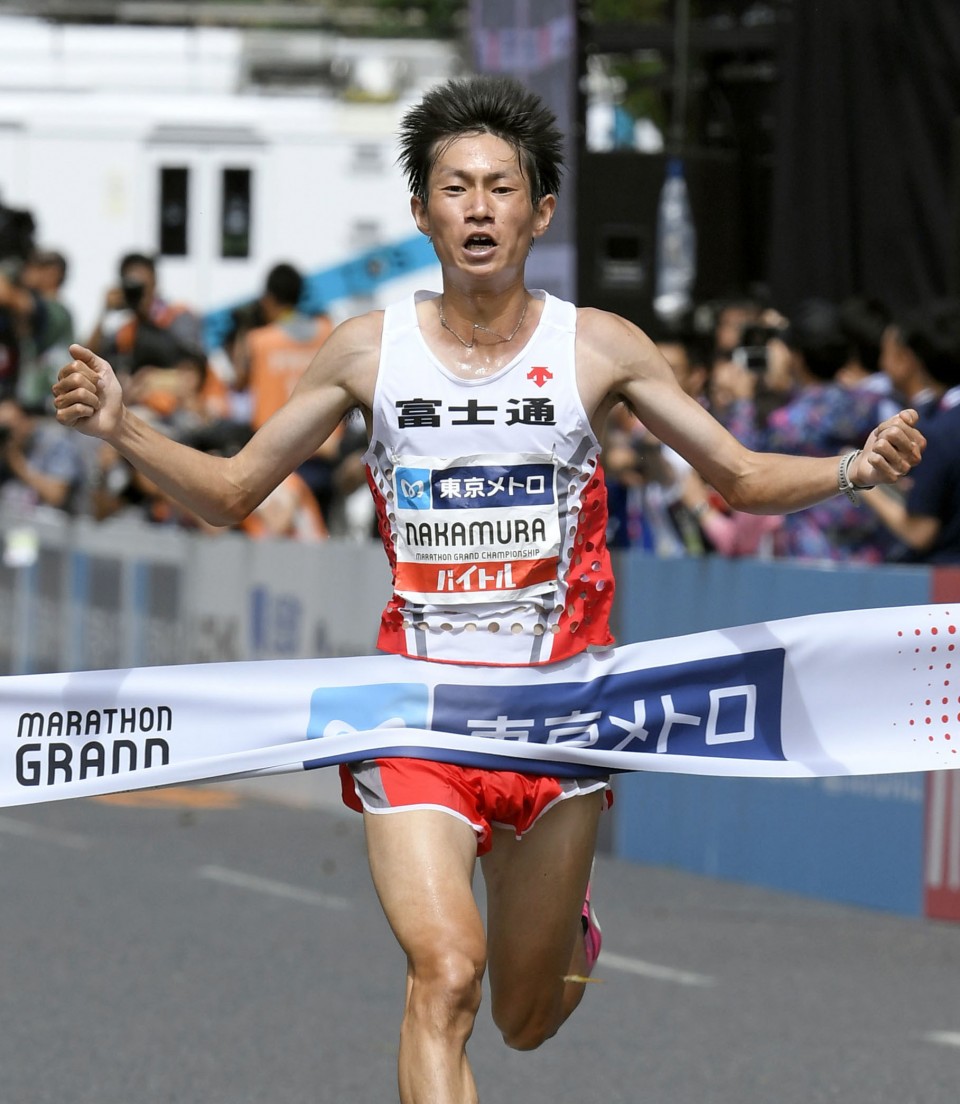 "I felt pressured because this is a one-shot thing, but I was only focused on delivering my best possible performance. I'm really happy now," Nakamura said.

Nakamura, five seconds back in third at the 40-kilometer mark, then broke past the leaders. He managed to hold on despite being closely pursued by Hattori and national record holder Suguru Osako, who took third, five seconds further back.

The course was almost identical to next year's Olympic marathon. It started and finished at Meiji Jingu Gaien and took runners past several landmarks in the Japanese capital, including the new National Stadium, the main venue for the 2020 Games. 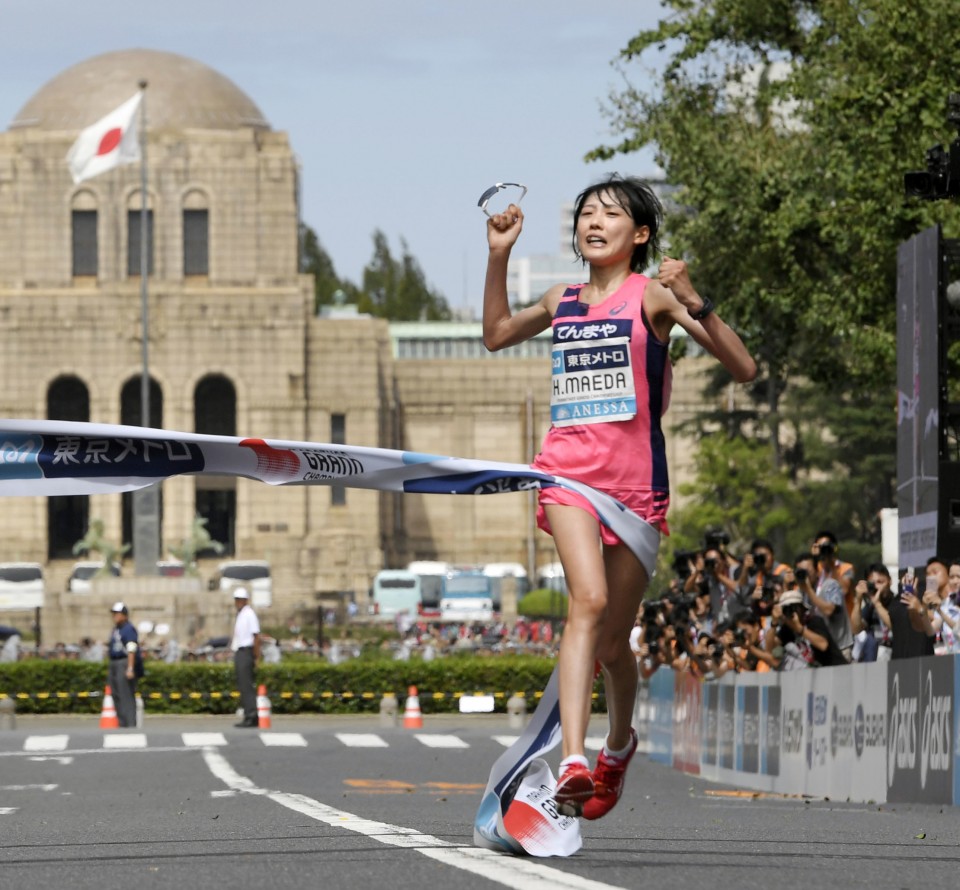 "I was aiming for the win so I'm really happy. The time wasn't as good as I hoped it would be, but I was able to earn my ticket to the Olympics," Maeda said. "I want to prepare so I can compete against the world's best."

Japan has three berths each in the men's and women's competition for the 2020 Games. Osako and Ohara, the third-place finishers, still have a chance to secure final tickets depending on the results of several domestic events that make up the MGC Final Challenge.

The final spot will be granted to them if nobody meets the time criteria at one of the MGC Final Challenge events. The men's target time is 2:05.49, while the women's is 2:22:22.

The Marathon Grand Championship was held by the Japan Association of Athletics Federations in a bid to make Olympic qualification simpler and more transparent.

The governing body had named the runners for past games by comparing their records from several events, but there had been several occasions where the selection was criticized due to its ambiguity and lack of transparency.