The daughter of a Hiroshima atomic-bomb survivor called on Thursday for a treaty banning nuclear weapons, which five countries ratified, at an event marking the International Day for the Total Elimination of Nuclear Weapons.

At the signing and ratification ceremony, Mitchie Takeuchi, 63, emphasized the importance of joining the Treaty on the Prohibition of Nuclear Weapons to representatives of U.N. member countries.

"The TPNW offers an alternative to the irresponsibility and irrationality of world leaders with nuclear weapons," she added, referring to the nuclear ban treaty.

With the ratifications by representatives of Bangladesh, Kiribati, Lao, Trinidad and Tobago, and the Maldives, the number of member states ratifying the pact has risen to 32, though still short of the required 50 for the treaty to become effective. 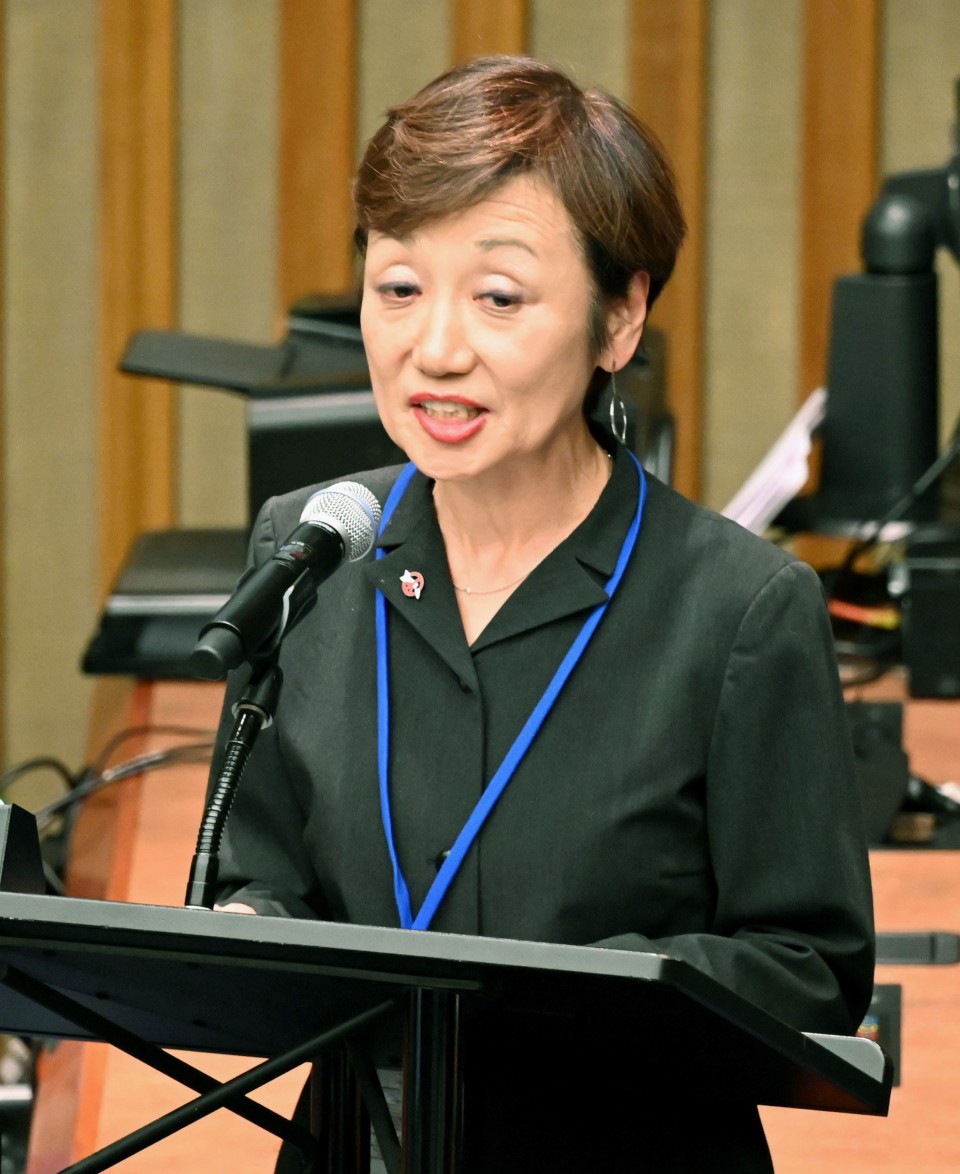 Also at the ceremony, held at the United Nations, Beatrice Fihn, executive director for the International Campaign to Abolish Nuclear Weapons, or ICAN -- awarded the 2017 Nobel Peace Prize for its effort to promote negotiations on nuclear disarmament -- said there is a growing movement for the nuclear ban treaty among leaders.

"There is a vibrant and growing movement in support of the TPNW because responsible leaders understand that there is no corner in regions like Africa, Pacific, the Caribbean, or anywhere remote enough, immune to the threat of nuclear weapons," Fihn said.

Seven countries also signed the treaty but have yet to ratify, pushing up the total of signatures to 79.

On the other hand, nuclear states such as the United States, Britain, China, France and Russia have not endorsed the treaty.

And nations under the U.S. nuclear umbrella such as Japan and South Korea, as well as members of the North Atlantic Treaty Organization, have also refrained from endorsing.

Takeuchi recounted her grandfather's experience of the nuclear bombing of Hiroshima on Aug. 6, 1945.

Ken Takeuchi, founding president of the "The Japanese Red-Cross Society Hiroshima Branch Hospital," was knocked unconscious by the blast while in the hospital, and sustained multiple broken bones, she said.

"He had been carried to the outside of the main hospital building, what he saw defied description; unimaginable suffering, waling and crying, dead bodies everywhere," she said.

Earlier, during a high-level meeting to commemorate the international nuclear elimination day, U.N. Secretary General Antonio Guterres urged "all states" to commit to the non-proliferation of nuclear weapons.

"I once again call on all states to fully implement their commitments related to the non-proliferation and disarmament of nuclear weapons," Guterres said.

"I also call on those states possessing nuclear weapons to engage in the urgent dialogue needed to prevent their use, and agree on near-term practical steps for nuclear disarmament."