Rugby: France give Argentina the blues by escaping with win

France opened their Rugby World Cup account by grinding out a tight win over Argentina on Saturday, the three-time finalists surviving a second-half onslaught from the South Americans to emerge 23-21 victors in Tokyo.

Whenever Les Bleus were able to open the game up, they proved a dangerous proposition, scoring their two tries with quick feet, effective short passing in tight spots and ruthless finishing in space.

"What we were able to show in the second half (that) is the area where we were able to control the game. Of course, we did make errors but...we did do our best until the end."

"Our defense was pretty aggressive and we were actually dominating, so this was the area where we were satisfied." 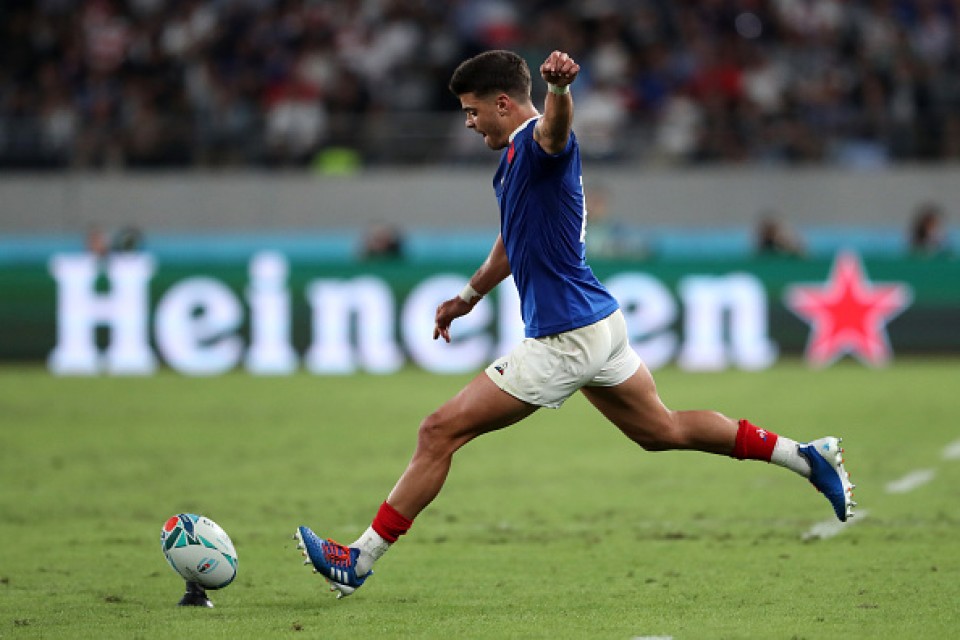 Argentina had beaten France in their two most recent World Cup meetings and at Tokyo Stadium (Ajinomoto Stadium) they relied on their tried-and-trusted forward play to drag themselves into a game in which they trailed 20-3 at halftime.

Both of Los Pumas' tries came in the second half, and both from a rolling maul to which France had few answers, but some late heroics from the boot of replacement French fullback Camille Lopez kept French hopes of challenging England for top spot in Pool C alive.

"We were late to everything (in the first half), just running after them and there was a lack of urgency. You can have the best defensive system in the world but if your tackle is not on point then you are not to defend well," lamented Argentina coach Mario Ledesma.

"In the first half, we were not able to execute our game plan." 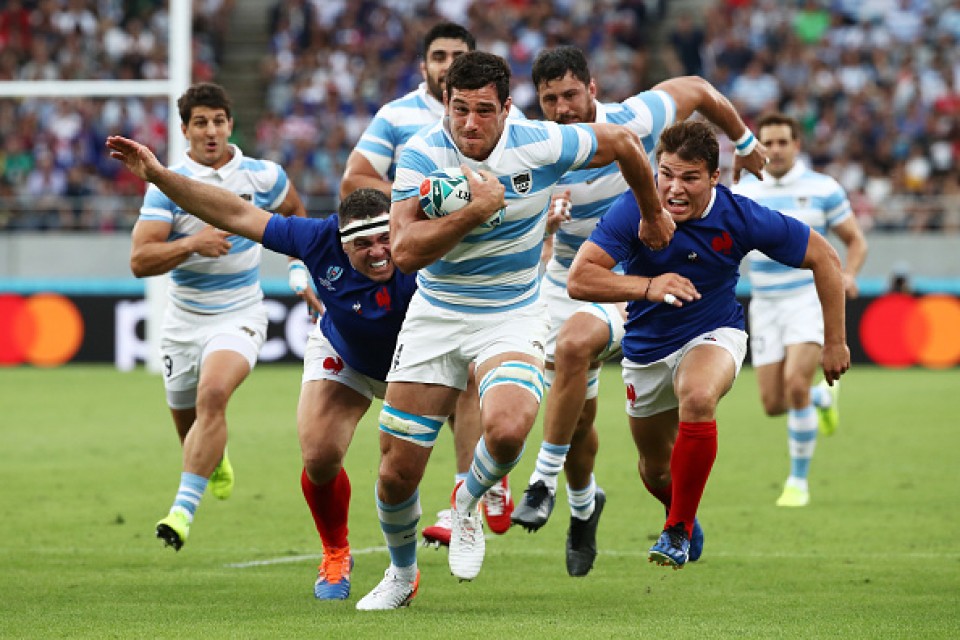 "We tried to defend but we were late...and they were able to capitalize on all the opportunities they had in the first half, they had momentum and it was difficult to catch them," he said.

Argentina took an early 3-0 lead from a penalty, but France immediately counterpunched with a try, Gael Fickou putting a big left-foot step on the Argentine defense near the touchline before crashing over. Romain Ntamack converted to make it 7-3 after 18 minutes.

It was 14-3 just a few minutes later when French scrumhalf Antoine Dupont played a supporting role to score off a Damian Penaud offload in the right corner.

After conceding another penalty, which Ntamack slotted, Argentina spent approximately six minutes camped on the French tryline, but the French escaped, moved the ball downfield and were awarded a penalty which Ntamack sent over to close the half.

Argentina had a dream start to the second half, converting a lineout into a rolling maul try by Guido Petti Pagadizabal in the first minute, and after the kick, the deficit was sliced to 10.

They were back at it in the 53rd minute, this time gobbling up a line out on the other touchline and cycling the ball back to Julian Montoya, the substitute forward putting Los Pumas within five points at 20-15.

Two more penalties for Argentina, one in the 60th minute and another in the 68th, gave them the lead at 21-20, but with nerves of steel Lopez slotted a drop goal in the 69th to give France the 23-21 buffer.

Argentina had a late chance to win it, but Emiliano Boffelli pulled his penalty attempt just wide.