Ireland on Sunday showed they are the team to beat in their pool at the Rugby World Cup and that they could go all the way with the help of a big, athletic pack that exploited Scotland's mistakes and inspired a 27-3 win in Yokohama.

A serious-looking injury to flanker Hamish Watson did not help the Scots' cause, but the Irish had the Pool A game -- the first between the two on neutral territory -- won by halftime, as they dominated just about every stat, be it in attack or defense. 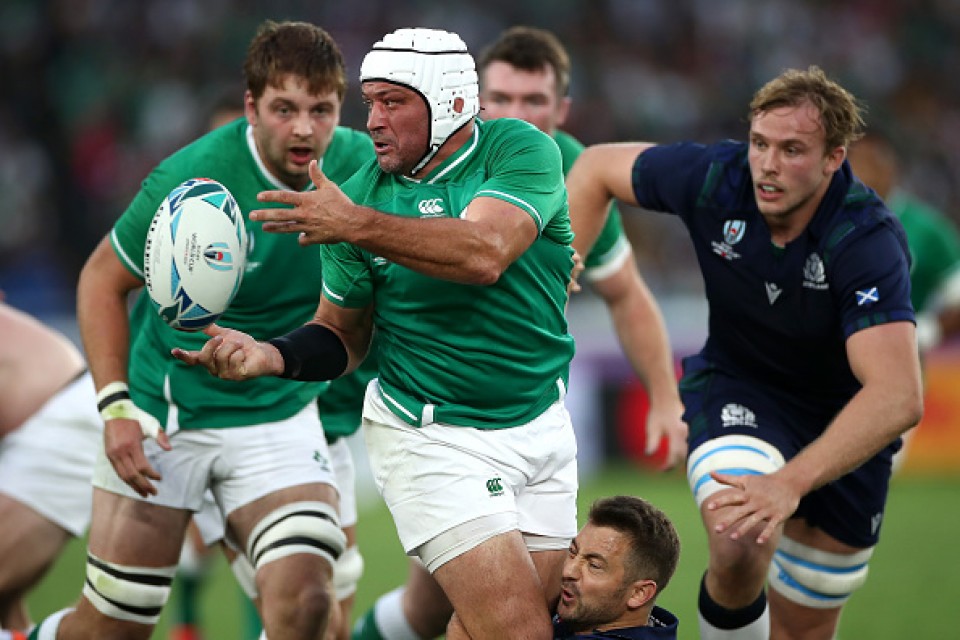 With "The Fields of Athenry" ringing out from the Irish voices in the stadium, the city in which rugby was first played in Japan bore witness to a masterclass from the team ranked No. 2 in the world.

The Irish, who next play Japan on Sept. 28 in Shizuoka, were clinical and dominant in everything they did.

"It was a really good combination (of forwards and backs)," said captain Rory Best. "A couple of the tight tries came from great play by (backs) Garry Ringrose, Bundee (Aki), then Jordan Larmour, Andrew Conway. They're getting us into positions. The way Johnny (Sexton) and (Conor) Murray, in the first half, kicked. It leaves it easier as a pack if you're on the front foot."

"But we're under no illusions. That was a good start for us, but we know -- and the management will show us tomorrow -- how much we need to improve going forward." 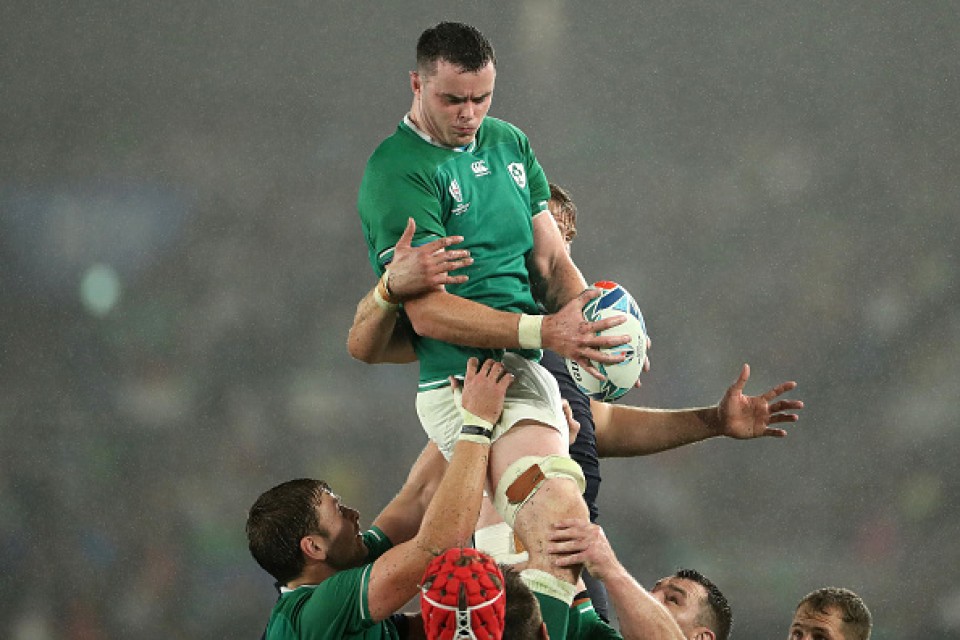 The Scots, meanwhile, will know they can play much better -- and will need to if they are to beat Japan back at Yokohama International Stadium (Nissan Stadium) on Oct. 13. That game, the last of the pool phase, is likely to determine which of the two sides reaches the last eight.

Ireland, Scotland and Japan will also, of course, have to make sure there are no slip-ups against Samoa, though the Irish on this showing look like they can cope with any physical test thrown at them.

"We need to win our next three games," said Scotland coach Gregor Townsend. "We have to bounce back and be a lot better against Samoa, carry on against Russia and especially against Japan, who started the tournament very well."

Best became the fourth-oldest player to score a try at a World Cup and he was joined on the scoresheet by James Ryan, Tadhg Furlong and Conway with Sexton and Murray kicking a conversion each and Jack Carty a penalty.

In front of 63,731, the Scots, who were still in their huddle as the countdown to the kickoff finished, got off to what has become their customary poor start.

Ryan powered over in the fifth minute after a break from Iain Henderson established field position from which the Irish were able to lay siege to the Scots' line, and Best scored eight minutes later following a good driving maul. 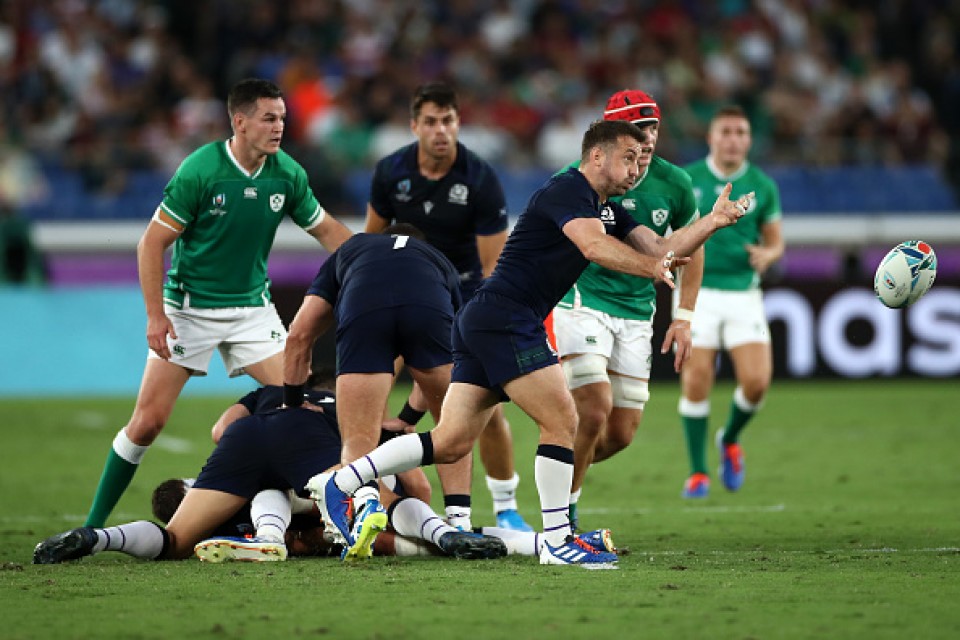 Greig Laidlaw closed the gap with a penalty in the 20th minute only for poor hands to let the Scots down.

A dropped pass in the Irish 22 was fly-hacked the length of the field, and after the ball bounced off a post Stuart Hogg was forced to touch down behind his own line.

Two phases after the resulting scrum, Furlong became the third Irish forward with a five-pointer to his name.

The Irish backs were not lacking in the power stakes either with Jacob Stockdale putting in a corker of a tackle to stop a Scottish attack five minutes before the half as the teams turned around with Ireland leading 19-3.

With the rain getting much heavier the longer the game went on, the second half saw Scotland playing catch-up rugby.

But Ireland's defense held firm and Conway became their first back to score a try in the game as he benefited from Scotland's inability to deal with the high ball in the 55th minute, securing a bonus point for the green team.

Carty's penalty in the 67th minute was the final score of the game, but the result had been determined long before.

"We are delighted with all 23 (players)," said Ireland coach Joe Schmidt. "Sometimes when you build a lead you lose cohesion when you fit the (replacements) in. But I didn't detect that happening. When you build pressure like we did, it is a collective performance."

Townsend, meanwhile, was left to rue the way his team began.

"We didn't start with the energy, accuracy and aggression that is required to beat a team like Ireland," he said. "Ireland played very well and took their chances when they got into our 22. If you give any team in world rugby a 15- to 20-point start it is going to be very difficult to come back."