Grand champion Kakuryu pulled out of the ongoing Autumn Grand Sumo Tournament with a left knee injury on Sunday, a day after suffering his third straight loss to a rank-and-file wrestler.

The 34-year-old Mongolian yokozuna said the knee had been bothering him prior to the start of the 15-day meet at Tokyo's Ryogoku Kokugikan, and that he will be sidelined for at least two weeks of treatment.

"I was worried about my left knee before the tournament. It feels tense. My leg wasn't moving well, not responding at all" Kakuryu said. 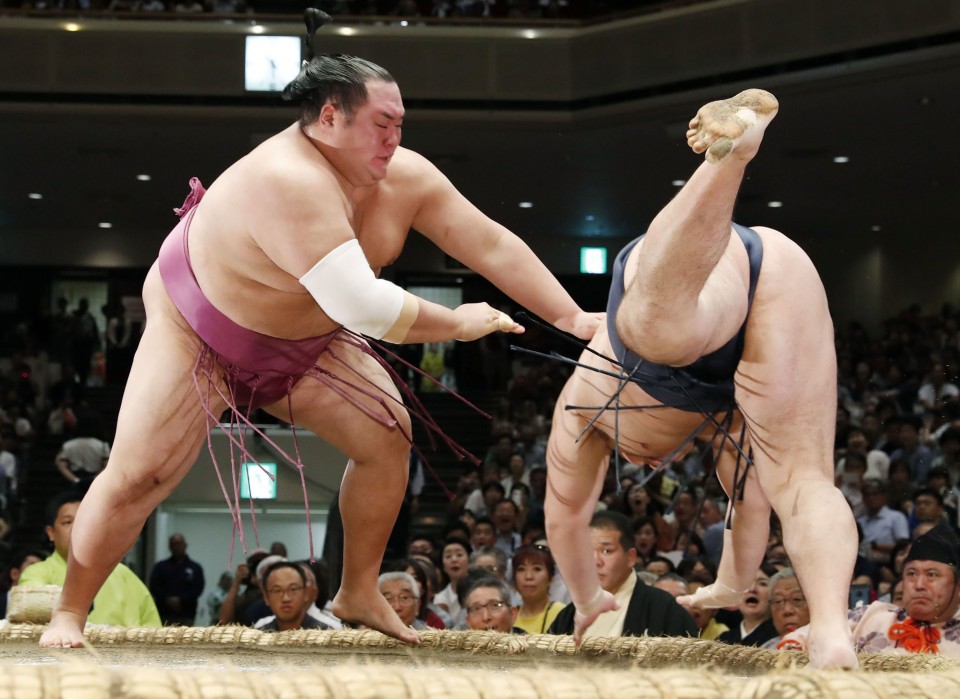 Sumo: Kakuryu wakes up a winner after lifting Emperor's Cup in Nagoya

Kakuryu's withdrawal on Day 8 leaves the meet without either of sumo's two top-ranked wrestlers. Grand champion Hakuho pulled out on Day 2 of the tournament with a broken finger after suffering an opening-day upset to a rank-and-filer, his first since becoming a yokozuna in 2007.

Kakuryu was gunning for his second straight top-division title after winning the July tournament in Nagoya. He remained unbeaten through Day 4 after which he was upset by maegashira Asanoyama, Daieisho and Tomokaze.

He will forfeit his Day 8 bout against Tamawashi and leave the tournament with a 4-4 record.

It is the first time Kakuryu has withdrawn from a grand tournament since the New Year meet in January and 13th time in his career.