Enthusiasts and business officials flocked to the Tokyo Game Show on Thursday to test how ultrahigh-speed 5G mobile data networks will impact the gaming experience ahead of the technology's commercial rollout in Japan in 2020.

On the opening day of the four-day annual extravaganza, esports competitive gaming tournaments held amid heated live comments also attracted crowds, who closely watched and applauded the players' skills at the Makuhari Messe convention center in Chiba, east of Tokyo.

Game makers, related network developers, and esports promoters cite their sector as one which will benefit from the next-generation 5G wireless networks that are expected to allow players of increasingly popular online games to utilize faster downloads and smoother connections. 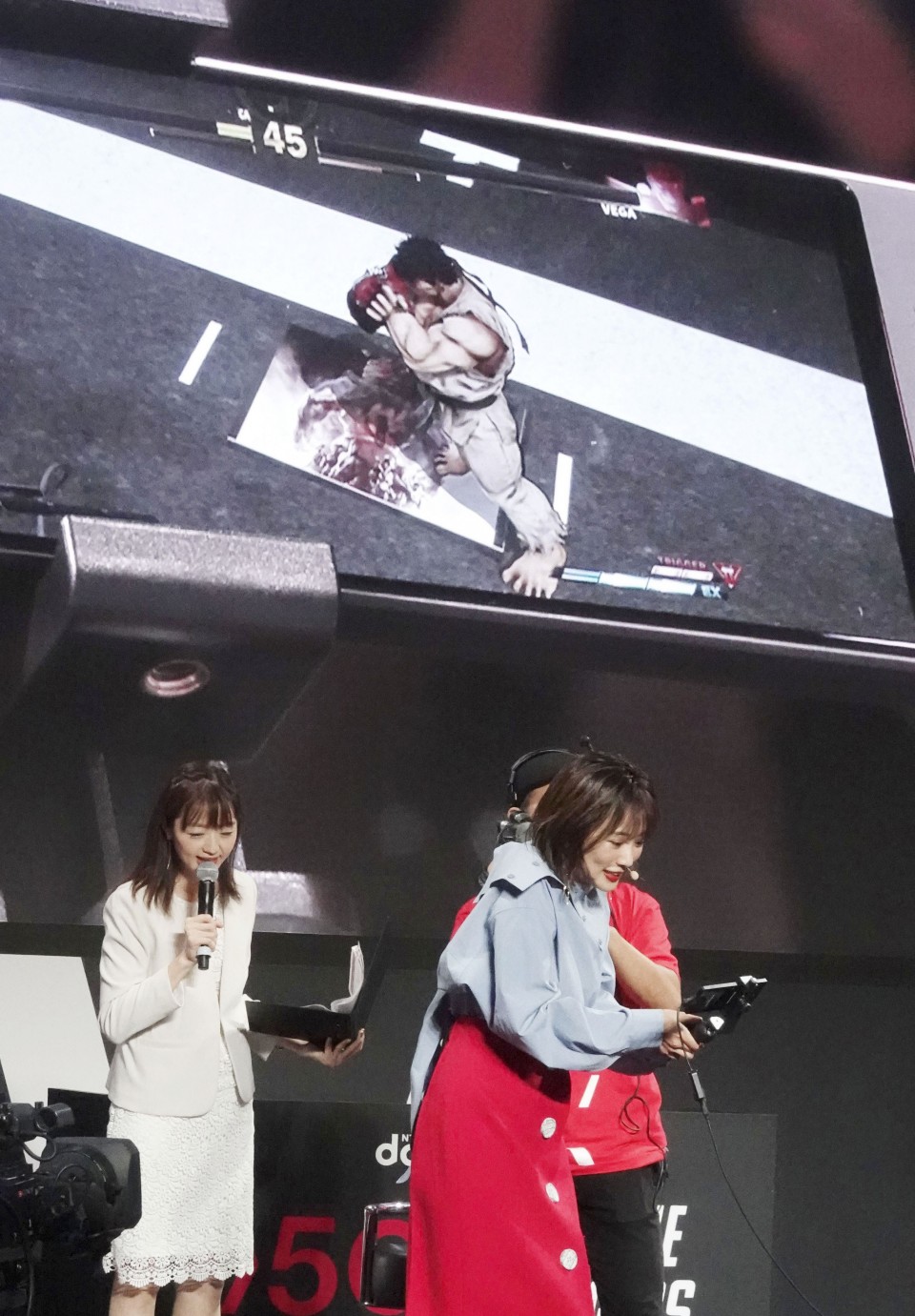 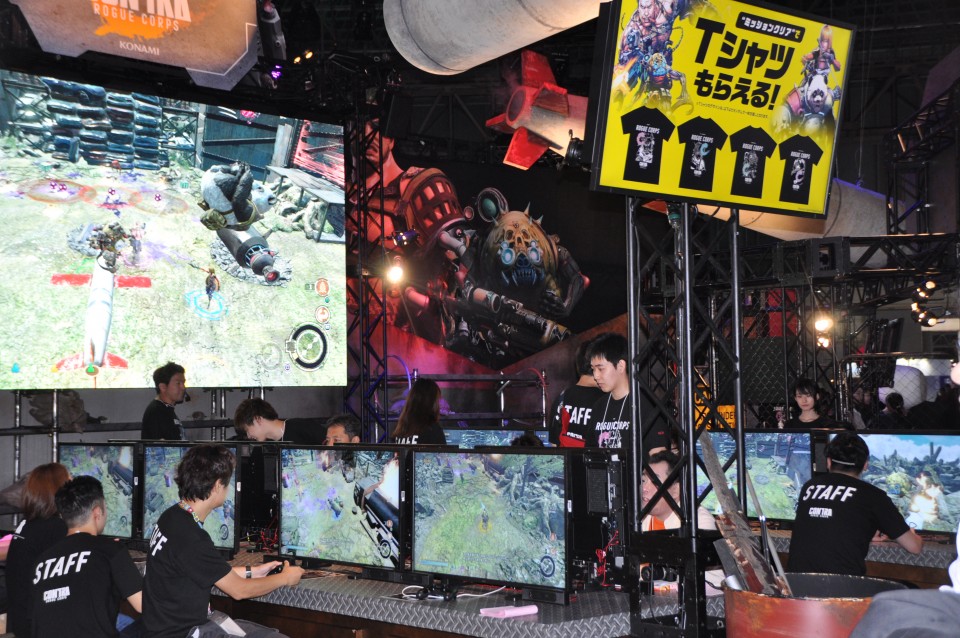 Docomo is allowing visitors to experience augmented reality game "Street Fighter V Arcade Edition," where users can watch battles between three-dimensional characters that are superimposed on their current physical location via their smartphone screens.

The carrier, which will start commercial 5G services in 2020 along with rivals KDDI Corp., SoftBank Corp. and Rakuten Inc., will also organize tournaments where up to 100 players can be simultaneously connected.

The next-generation services can send and receive data around 100 times faster than current 4G technology. Smartphone users, for example, will be able to download a two-hour movie in just three seconds.

The technology is also expected to contribute to expansion of cloud-based gaming on computers and smartphones connected to the internet that do not require users to purchase dedicated game consoles, such as Sony Corp.'s PlayStation or Nintendo Co.'s Switch devices.

Google LLC said in March it will launch its own cloud gaming service in 2019, while Apple Inc. is set to roll out new game subscription services, posing a major challenge to traditional game console makers. 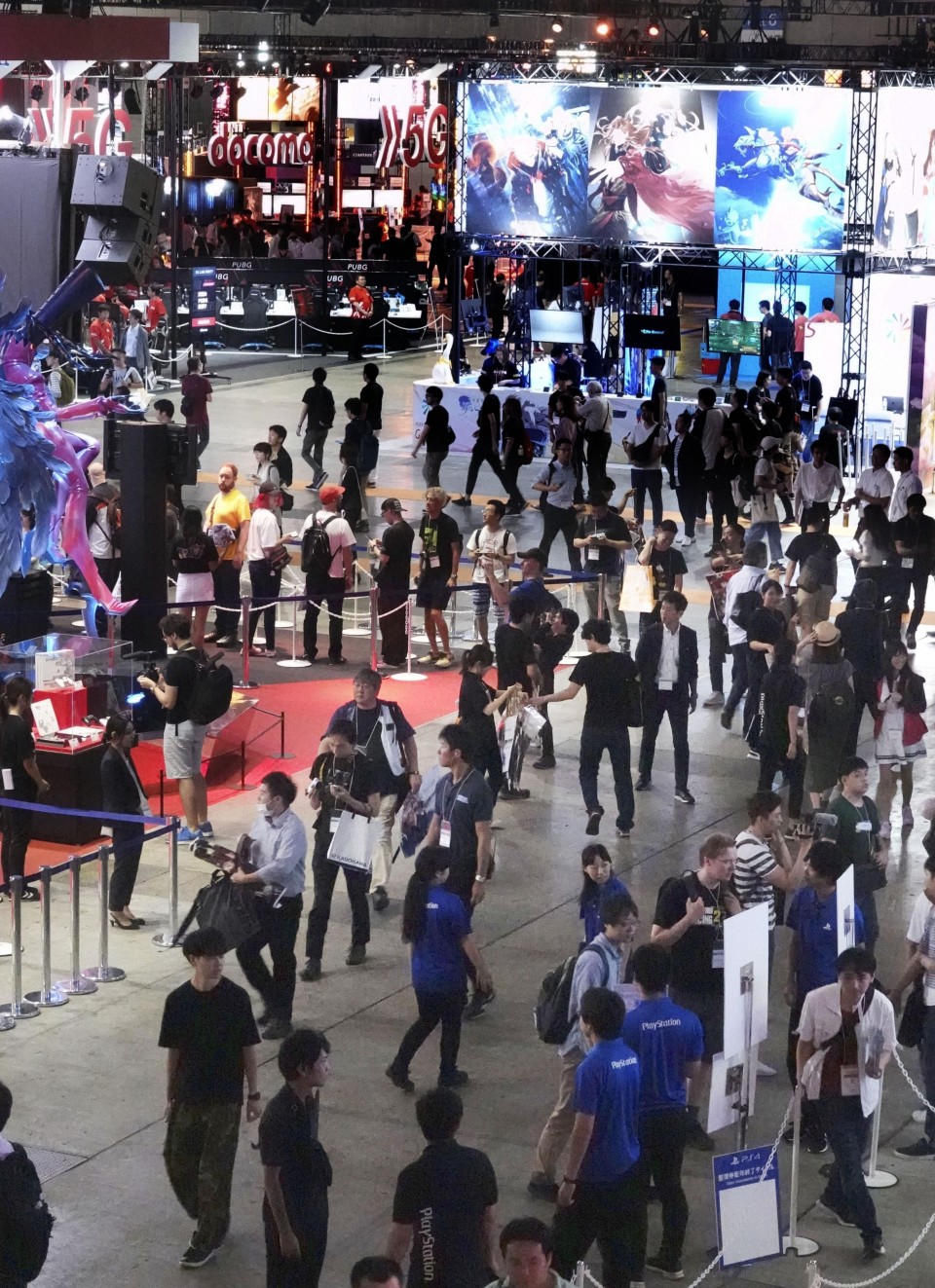 Esports, whose entry in the Olympics program is also debated, is already popular in South Korea, the United States and Europe, but not so much in Japan where online competitive gaming is still at a relatively early stage.

At a specially prepared stage, a qualifying tournament to pick the Japanese team for the world championship of football game "Pro Evolution Soccer" set in South Korea in December was held in front of over 500 fans who were excited by the participating players' gaming skills.

The four-day game show is expected to draw over 250,000 visitors to see the 655 exhibitors, including 305 from some 40 countries, showcasing their latest products, according to organizers Computer Entertainment Supplier's Association and Nikkei Business Publications Inc.

The event is open to the media and industry officials for the first two days and to the public for the remainder.