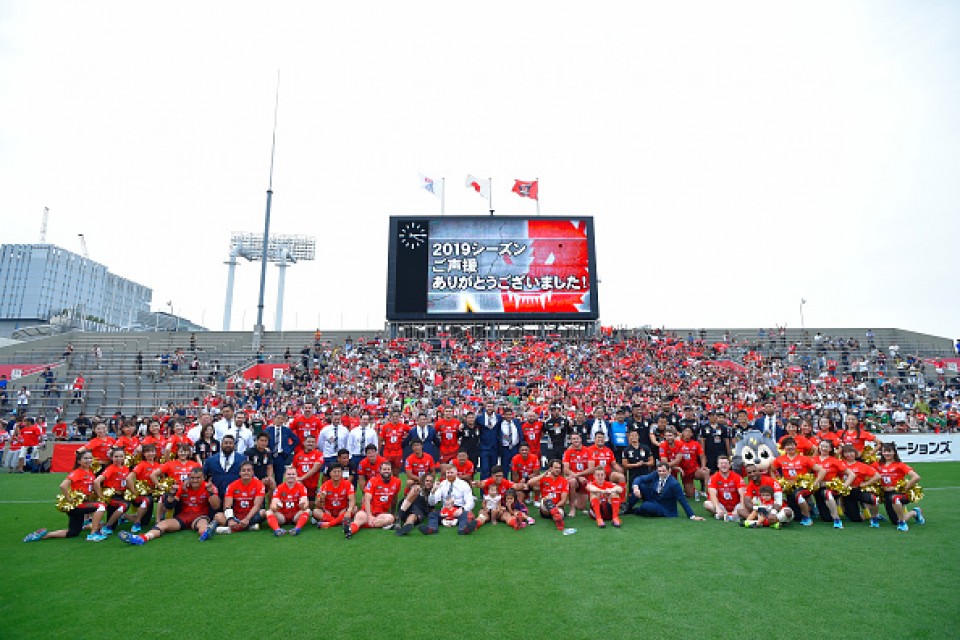 (Sunwolves players and staffs pose after the Super Rugby match between Sunwolves and Brumbies at the Prince Chichibu Memorial Ground on June 1, 2019 in Tokyo.)
[Getty Images for Sunwolves/Kyodo]

Naoya Okubo's side will then have a bye before they take on the Chiefs from New Zealand at Tokyo's Prince Chichibu Memorial Rugby Ground on Feb. 15.

Tokyo will also host games against the reigning champions, the Crusaders, on March 14, the Reds on April 5, the Waratahs on May 8 and the Stormers on May 16.

In addition to Chichibunomiya and first-time Super Rugby host Level 5, the Sunwolves will also play home games in Osaka Prefecture and Singapore.

Hanazono Rugby Stadium in Higashiosaka will host its first Super Rugby game on March 8 when the Brumbies make the trip from Australia, while the game at Singapore National Stadium on May 2 will see the Sunwolves host the Jaguares from Argentina.

The Japanese franchise will once again be part of the Australian Conference and their final game of the regular season will see them play the Brumbies in Canberra on May 29.

"The schedule has 22 match venues confirmed and it is exciting that Super Rugby will once again venture into several new venues and cities," said Super Rugby CEO Andy Marinos.