Hong Kong protesters on Sunday took their demands to the local U.S. Consulate, calling on Washington to apply pressure on the city's government to meet their demands.

Tens of thousands of people, some waving U.S. flags, marched toward the consulate office from a park in the business district, with a large banner carried at the front of the march reading: "President Trump, please liberate Hong Kong."

Police in riot gear were on guard, blocking off protesters from the entrance to the consulate office, while the marchers occupied roads nearby for hours.

They called on the U.S. Congress to pass the Hong Kong Human Rights and Democracy Act, in the hope that it could punish Hong Kong officials who persecute protesters and suppress human rights. 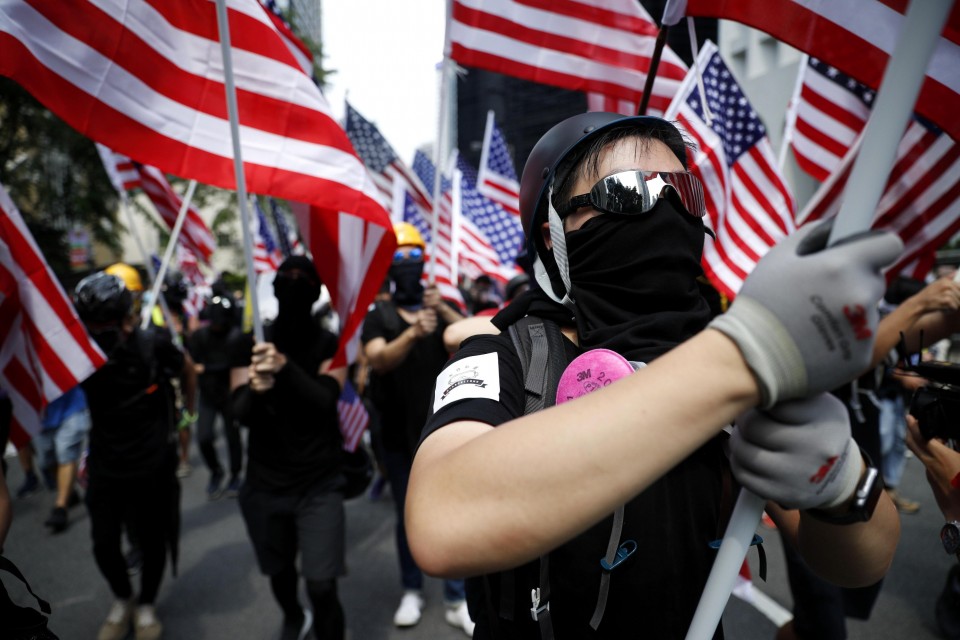 The peaceful march ended as police stepped in to stop vandalism in and around a key subway station near the consulate.

As the crowd moved away from the business district, some hard-core demonstrators vandalized other subway stations while a handful of others were captured by police.

The subway operator was targeted for allegedly rejecting protesters' call to release surveillance footage of a police crackdown on protesters inside a station on Aug. 31.

It is the first weekend of mass protests since Hong Kong's leader, Carrie Lam, announced the withdrawal of a controversial extradition bill which had been at the center of months-long demonstrations. Critics have criticized the concession as "too little, too late" and have vowed to continue demonstrating.

Besides withdrawal of the bill, their other demands include an independent inquiry into alleged police brutality against protesters, pardons for arrested protesters and democratic reforms. 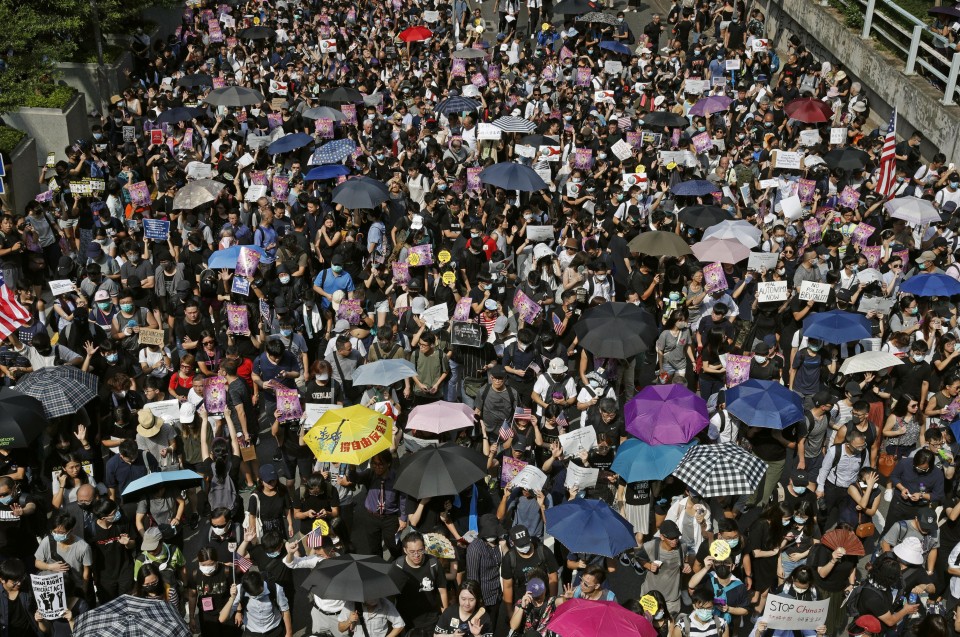 "Unacceptable, (Lam is being) insincere. All five demands must be met," said Emily Mak, a 43-year-old security guard. "(The U.S. bill) will definitely help deter Hong Kong officials. China will be unhappy, but we must persevere."

High school senior Matthew Leung, whose schoolmates were among those detained by police in a protest Saturday night, said the government has ignored alleged abuses of power by police when handling protesters.

"(The U.S. bill) may have some effect since some of the Hong Kong officials might have U.S. nationality. Freezing of their assets could act as a sufficient deterrent," the 18-year-old said.

The Hong Kong Human Rights and Democracy Act would also require the U.S. government to assess Hong Kong's autonomy status every year to determine whether it should continue to have a special trade status under the U.S.-Hong Kong Policy Act of 1992, according to the South China Morning Post.

"It would be up to the Hong Kong government or Beijing to decide how to react to (Congress passing the bill)," a 69-year-old retiree surnamed Yeung said. "Lam is just a puppet who answers to Beijing. The central government will make its decision taking into account the United States' sway."

Hong Kong's Lam says move to withdraw bill was hers, not China's