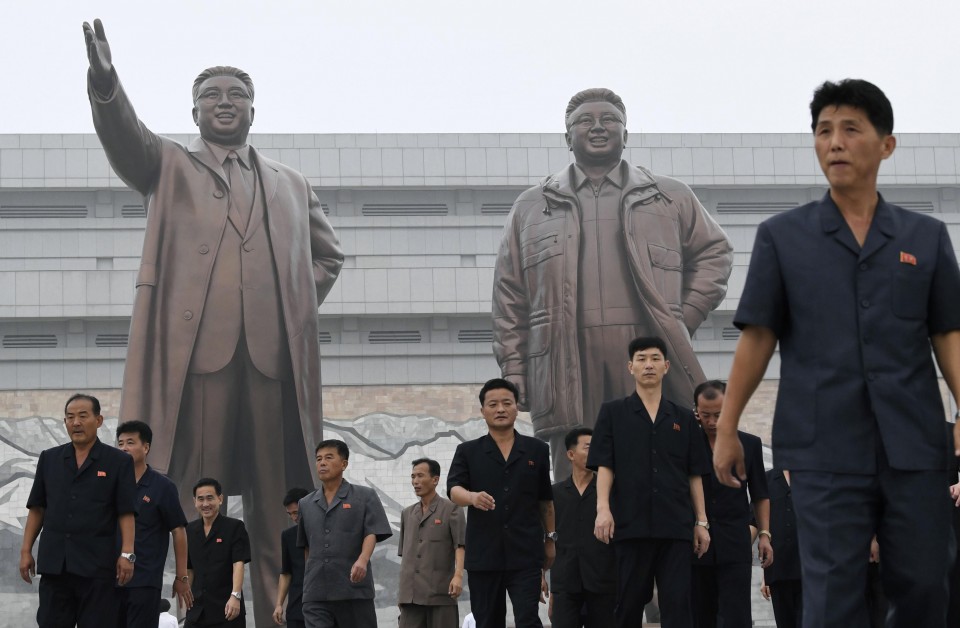 PYONGYANG - North Korea on Monday marked the 71st anniversary of its founding with many foreigners visiting the capital Pyongyang as well as national flags and eye-catching signs along main roads bringing a festive mood.

The anniversary was celebrated in a calm atmosphere that makes it difficult for onlookers to imagine that the country in recent months has repeatedly test-fired what are considered to be short-range ballistic missiles in defiance of U.N. Security Council resolutions.

Pyongyang was hit hard Saturday by Typhoon Lingling, prompting locals to take down billboards bearing state slogans and reinforce roadside trees, but repairs and cleanup following this year's 13th typhoon were nearly complete in the city by Sunday morning.

As on past anniversaries, citizens and military personnel laid flowers and bowed before the giant statues of the nation's founder Kim Il Sung and his son Kim Jong Il, the previous leader who died in 2011, on Mansu Hill in the heart of Pyongyang from early morning. 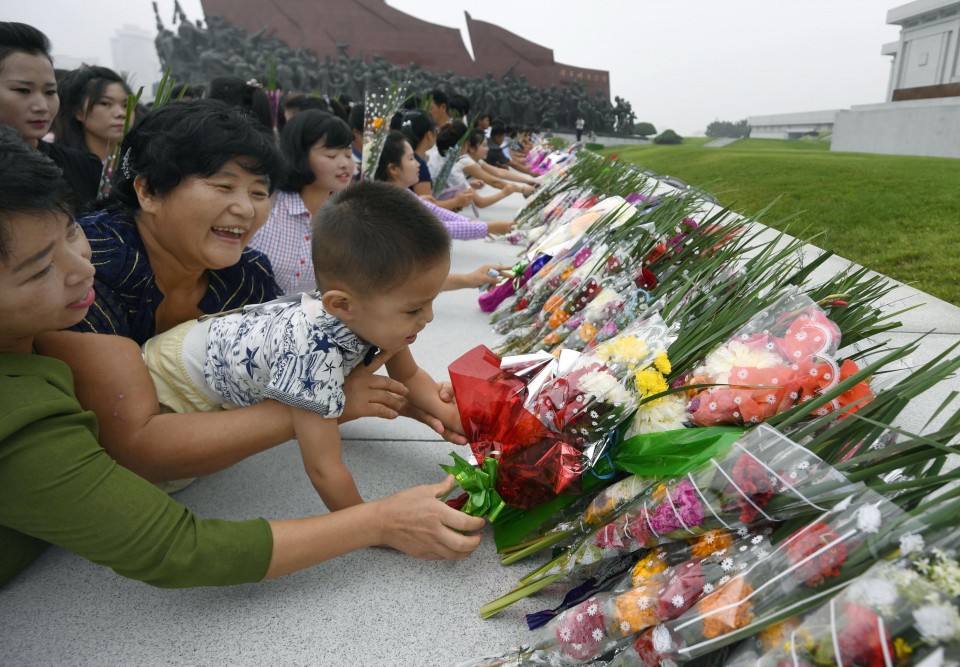 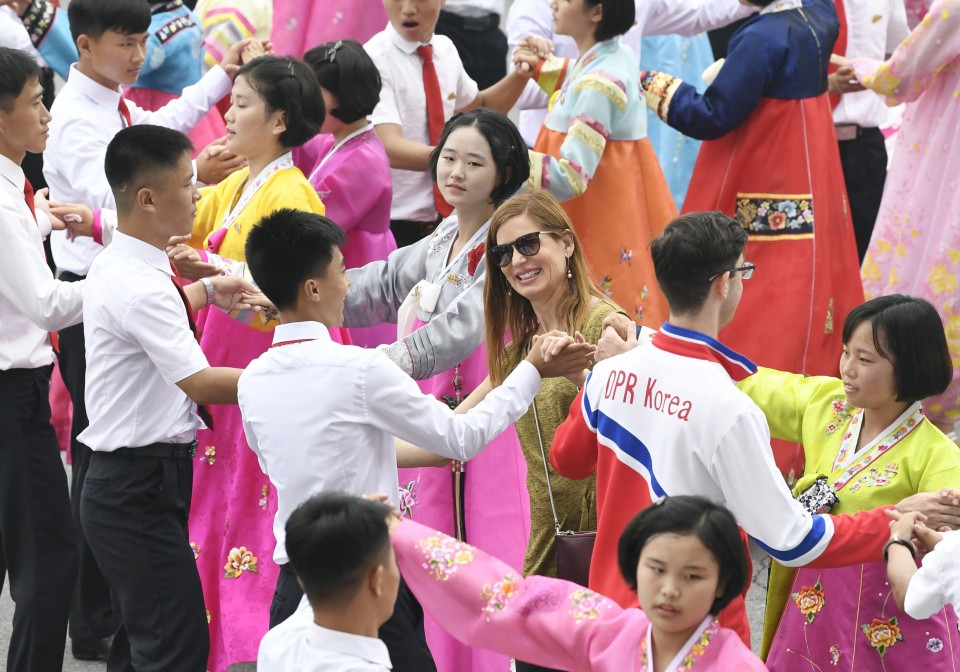 One of the venues of the dance festival in the capital was crowded with foreign visitors, including those from China, Canada, Russia and European countries. Many of them joyfully danced and interacted with North Korean youths.

"I'm very excited. The real situation in Pyongyang is quite different from what I envisioned," said a 35-year-old Canadian tourist on a trip that he described as being "very organized."

With its denuclearization negotiations with the United States at a standstill, North Korea has resumed provocative actions such as consecutive launches of what it calls new weapons since late July.

Along Pyongyang's main roads and thoroughfares, however, banners and placards with slogans lambasting the Unite States, commonplace in previous years, are nowhere to be seen, indicating North Korea's willingness to continue talks with the United States.

At their June 30 meeting at the inter-Korean truce village of Panmunjeom, North Korean leader Kim Jong Un agreed with U.S. President Donald Trump that Washington and Pyongyang would resume stalled negotiations within weeks, but they have yet to be held.

The Rodong Sinmun said in its editorial on Monday, "The DPRK, a country not big in territory and in the number of population, is shedding its rays as a powerful country of independence, while taking the lead in steering the world political trend."

The mouthpiece of the ruling Workers' Party of Korea, the nation's most influential newspaper, did not make any reference to U.S.-North Korea denuclearization negotiations. 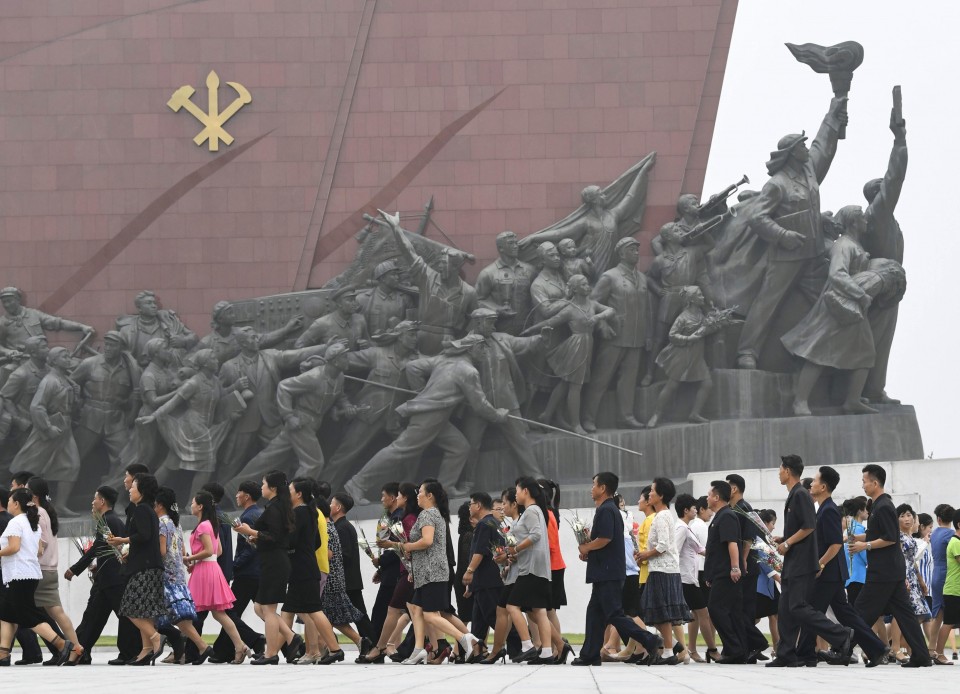 Xi was quoted by the news agency as saying China is ready to "propel the further development of the friendly and cooperative ties between the two countries in the new historical period."

Kim has also received commemorative messages from leaders of other nations like Russia, Cuba, Singapore and India, KCNA said.

Last year, North Korea -- which was established on Sept. 9, 1948 -- held a military parade in Pyongyang to celebrate the 70th anniversary of its founding.