Solomon Islands cuts ties with Taiwan in favor of China

The Solomon Islands on Monday voted to sever its ties with Taiwan and establish diplomatic relations with China, leaving Taipei with only 16 countries that recognize it.

Speaking at the presidential office, Tsai said that while she expected China to exert more pressure on Taiwan in the future, the island will continue to make friends in the world like any other sovereign country.

"The people of Taiwan will not yield under pressure," she said. "China will never succeed in its attempt to sway Taiwan politics and elections."

Wu accused China of luring away the Pacific ally before Taiwan's presidential and legislative elections with a clear attempt to sway the January polls.

He added that he had tendered an oral resignation to Tsai. 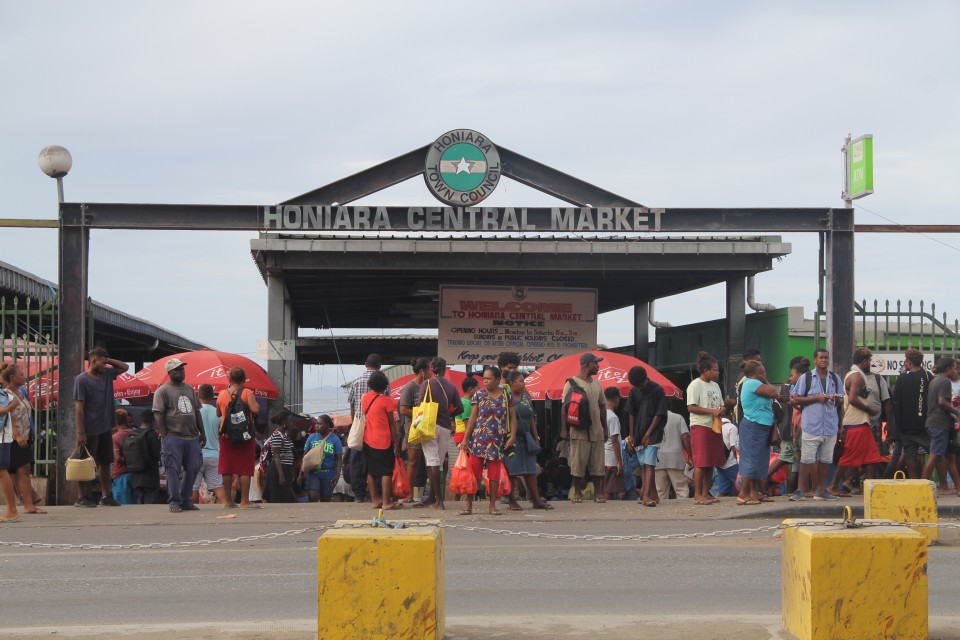 (Photo taken on Aug. 23 shows Solomon Islanders waiting for a bus outside the Honiara Central Market.)

Hours after the Solomons' decision was made public, Taiwan's Foreign Ministry announced it had severed ties with the South Pacific archipelago and withdrawn all its diplomatic missions from the country.

Taiwan and mainland China have been governed separately since they split amid a civil war in 1949. Beijing has since then endeavored to diplomatically isolate Taiwan, which it regards as a renegade province awaiting reunification.

China has stepped up its efforts to diplomatically squeeze Taiwan internationally since Tsai of the independence-leaning Democratic Progressive Party assumed office in May 2016.

The Solomon Islands is the sixth country to break off diplomatic ties with Taiwan during the Tsai administration.

Taiwanese media reported last week that a Solomons delegation that visited Beijing met with Chinese Foreign Minister Wang Yi and agreed to lobby its government to switch ties in exchange for US$500 million in financial assistance from China.