Rugby: Canadian fans small in number but big in terms of dedication

While ice hockey is the undisputed king of the Canadian sporting landscape, the country boasts a small but dedicated band of rugby fans willing to travel the globe in support of their team.

Among the crowd dressed in red and white for Thursday's Pool B clash with Italy in Fukuoka were several fans who had attended multiple editions of the World Cup. 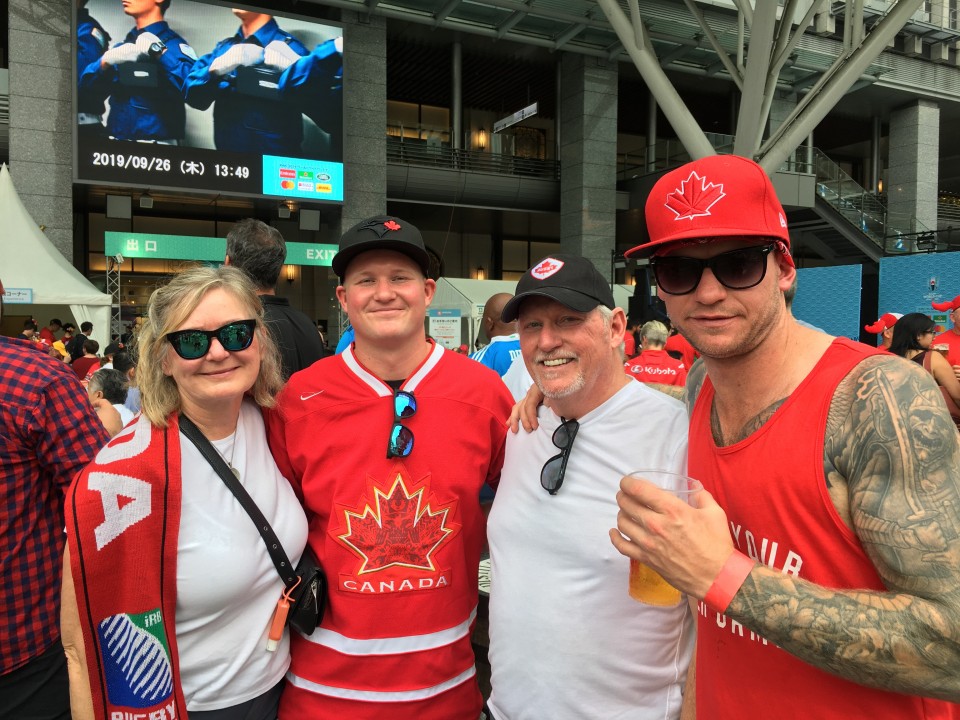 (Canadian fans are pictured at a Rugby World Cup fan zone at Hakata Station in Fukuoka ahead of the Canada v Italy Pool B match.
From left: Ruth, Liam, Jim and Peter Hunter from Vancouver)

Vancouver resident Jim Hunter is in Japan for a third consecutive World Cup with wife Ruth and their sons Peter and Liam. A former rugby player and longtime fan, he says the sport is growing in Canada despite fighting an uphill battle for media attention.

"Hockey takes up 90 percent, and everybody else fights for that little 10 percent," Jim Hunter said.

After watching Canada fall just short in a 23-18 loss to Italy at Elland Road in Leeds, England, four years ago, the family is hopeful of seeing their team turn the tables on the Azzurri at Fukuoka Hakatanomori Stadium (Level 5 Stadium).

"It would be a big upset, but we're hoping for it," Liam said. 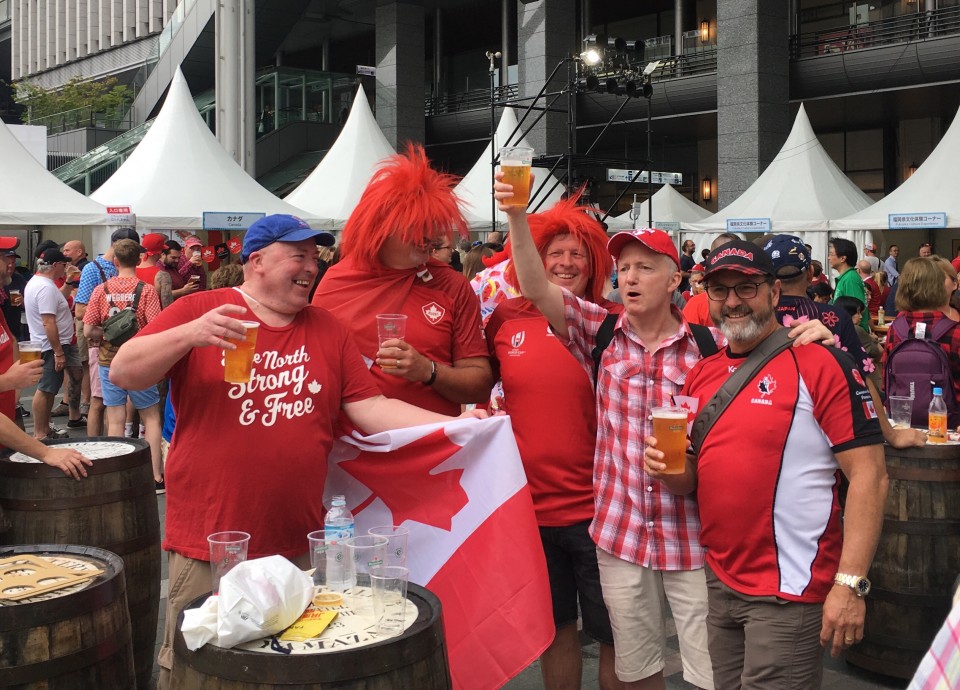 The four, who said they were "loving Japan," are already making plans to attend the next edition of the tournament, according to Peter.

"We're already looking ahead four years to France. This is what we live for," he said.

Though Canada face a seemingly impossible task advancing from a pool containing heavyweights New Zealand and South Africa, the Hunter family shared the sentiment of head coach Kingsley Jones in simply wanting to see their players "go out and give everything."

If possible, they would also like to see Canada finish third in the group, which would secure the team an automatic berth at the next tournament.

Katherine Taylor from Caledon, near Toronto, is at her fourth World Cup. Traveling with her husband Greg, daughter Kayla and mother Valerie Tremble, she said rugby's status as a "very niche" sport in Canada contributed to it having a particularly dedicated fan base. 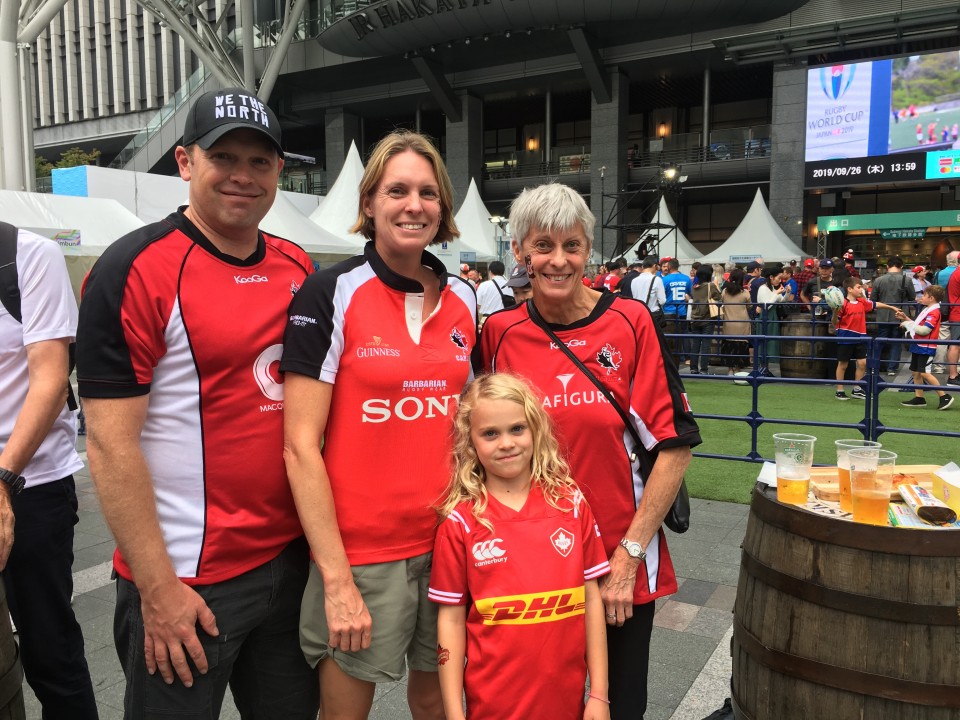 (Canadian fans are pictured at a Rugby World Cup fan zone at Hakata Station in Fukuoka ahead of the Canada v Italy Pool B match.
From left: Greg, Katherine and Kayla Taylor, Valerie Tremble, from Caledon, Ontario)

"I think most of the fans we know travel to watch the team, but it's a great excuse to see the world," she said.

Aside from watching rugby, the family plans to spend the rest of their two weeks in Japan experiencing the country's sights and culture. Greg said he was already enamored with Japan's railways.

Among her memories of past World Cups, Katherine recalled watching Canada play out consecutive draws with Japan in pool play at the 2007 and 2011 tournaments. Amid a burgeoning rivalry between the two teams, she said a third showdown would have been welcome.

"That would have been nice. Maybe we could have finally beaten them," she laughed.