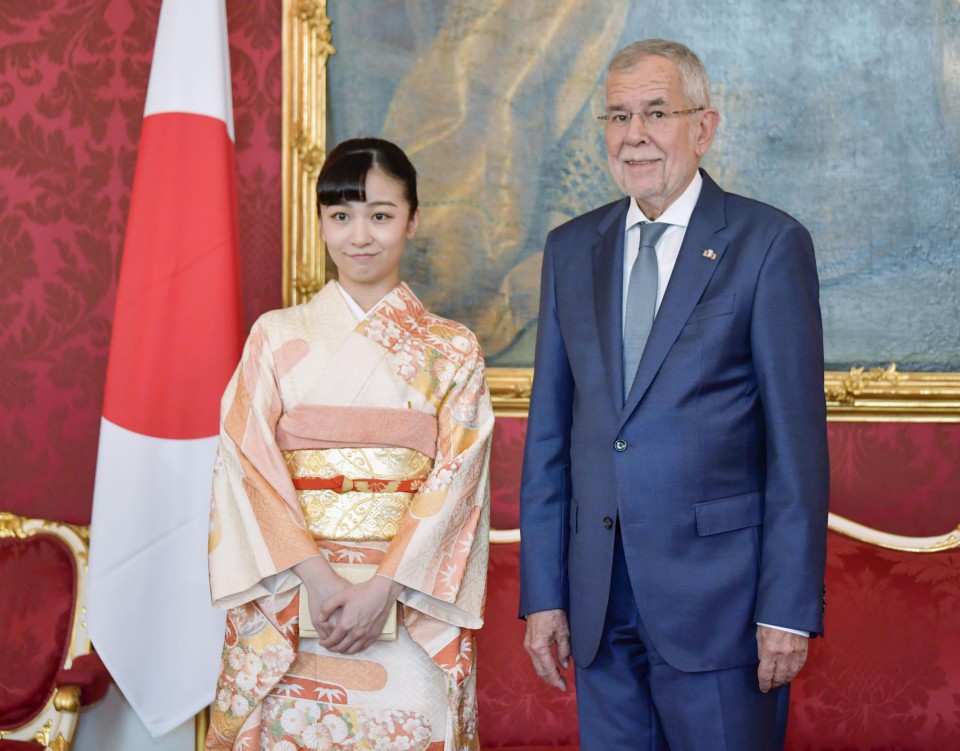 When the president told the princess that the boys' choir has performed many times in Japan, she replied that she attended one of their concerts.

Princess Kako told the president that she is very happy about the active exchanges between the two countries.

During her 11-day stay through Sept. 25, the princess will also visit Hungary, where she has been invited also to celebrate the 150th anniversary of diplomatic ties.

After attending a commemorative reception in Austria on Tuesday, she will travel to the Hungarian capital Budapest on Thursday, paying a courtesy call on President Janos Ader and attending a luncheon held by the president and his wife Anita Herczegh on Friday. 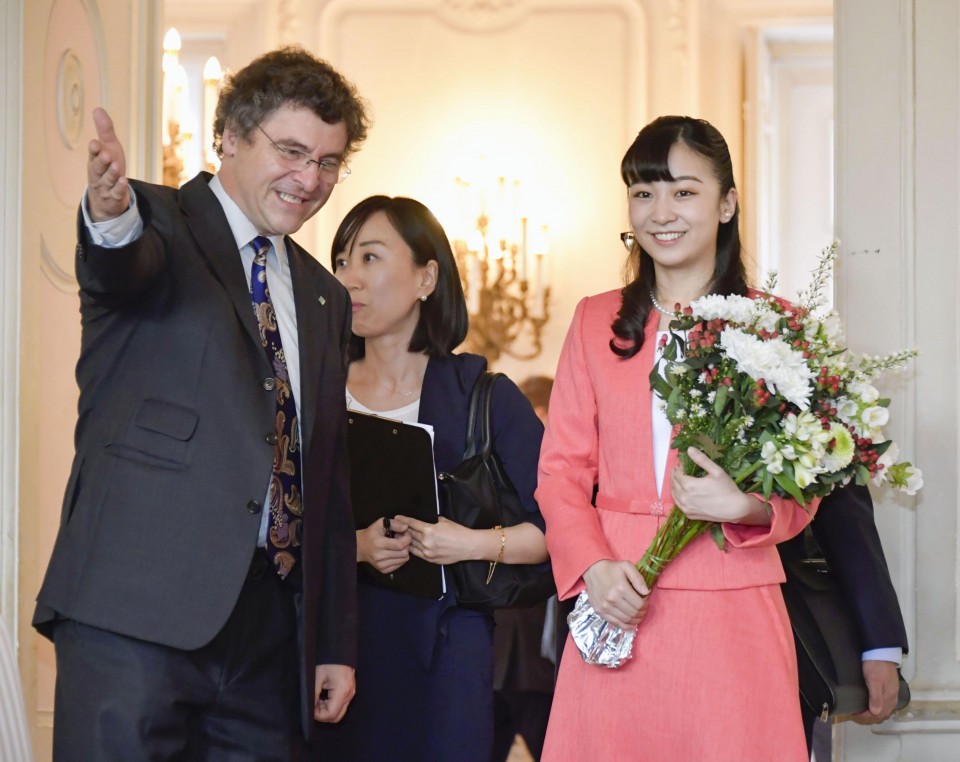 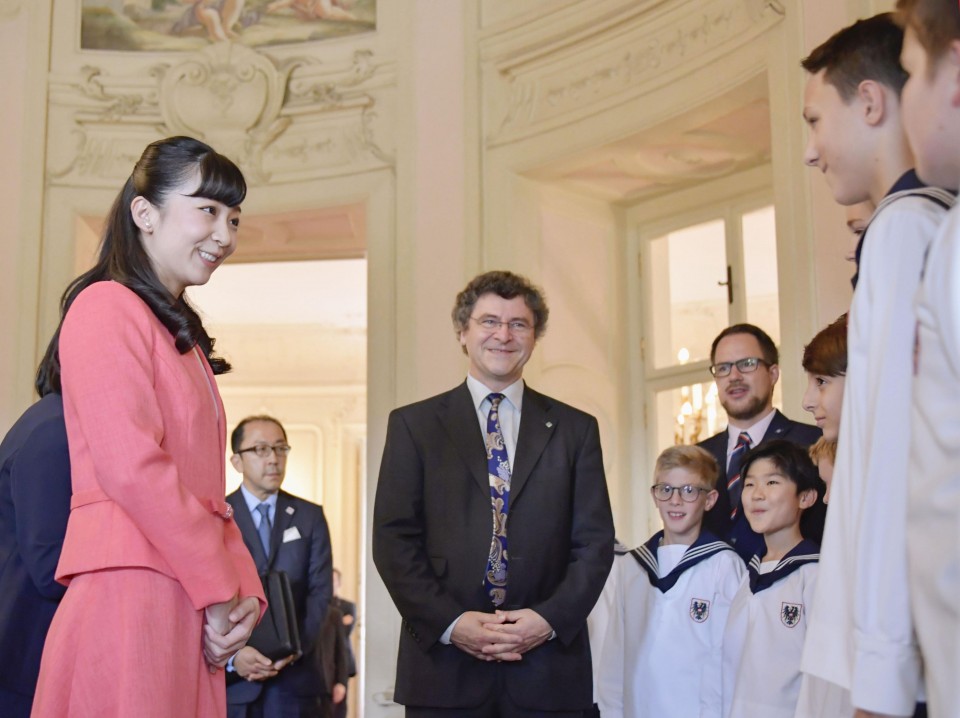