Mitakeumi defeated fellow sekiwake Takakeisho in a dramatic playoff on Sunday to win the Autumn Grand Sumo Tournament and claim his second top-division championship while denying Takakeisho the same.

The 26-year-old from Dewanoumi stable hoisted the Emperor's Cup for the second time in his five-year career, and first since winning as a sekiwake at the Nagoya tournament last year. 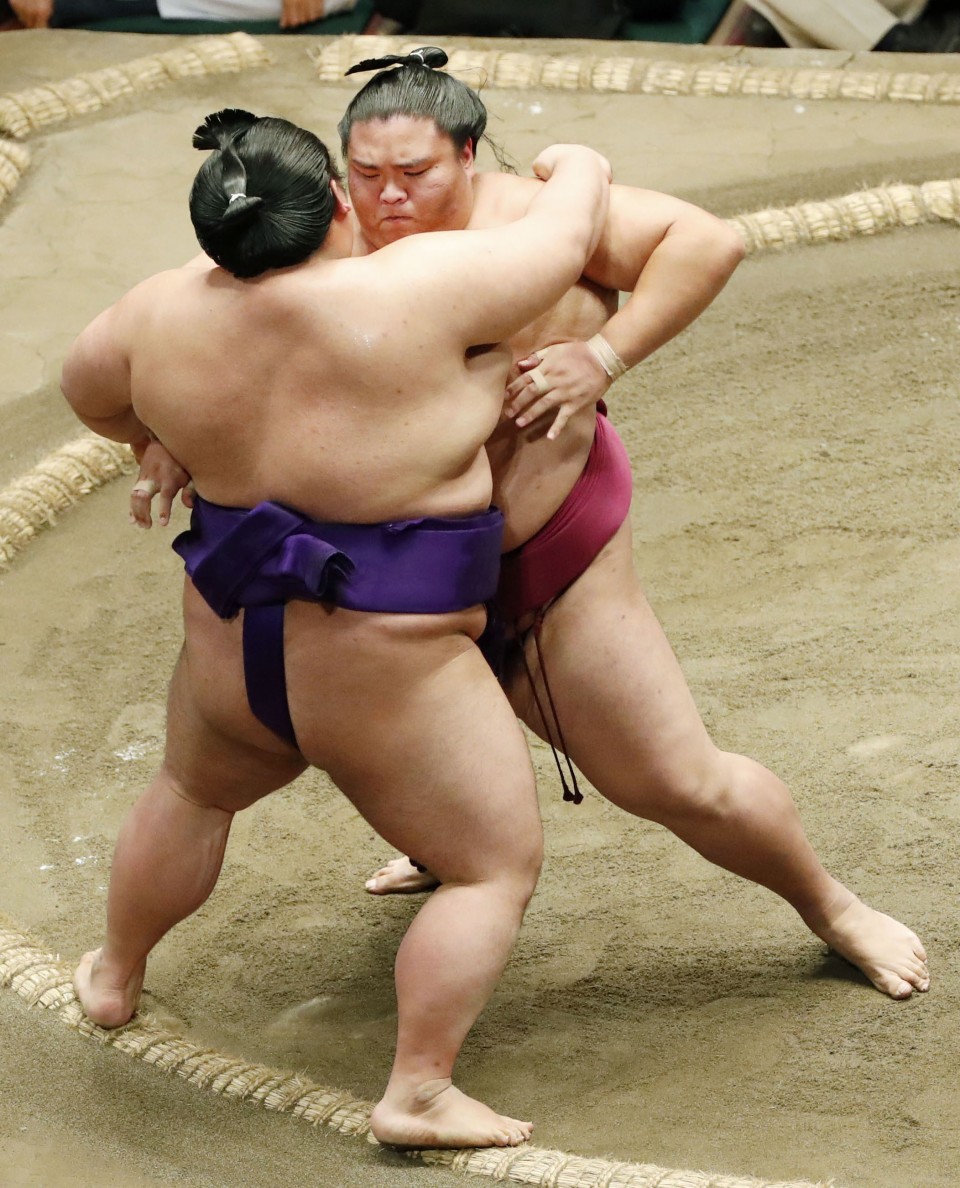 "This is the best," Mitakeumi said. "I just happened to become the champion last time but this time it was in my sights, and I was able to win."

After the two wrestlers at sumo's third highest rank butted heads, Takakeisho took a gamble by stepping back and going for a pull down, but Mitakeumi stayed aloft.

With Takakeisho on the ropes, Mitakeumi used his 177-kilogram frame and raw strength to drive his colleague over the straw. Mitakeumi also won an Outstanding Performance Prize, his fifth, in addition to his second title.

"I was a little scared and a little nervous, but when I heard the audience cheering, I felt determined to win," Mitakeumi said. "I thought the sekiwake should do their jobs in order to liven this tournament up."

The unorthodox action in the absence of grand champions Hakuho and Kakuryu drew a full crowd for over two weeks and marked the 10th consecutive tournament at Tokyo's Ryogoku Kokugikan with tickets sold out for all 15 days.

Takakeisho had beaten Mitakeumi on Day 8 in his successful bid to collect 10 wins and get re-promoted to ozeki, the sport's second highest rank.

Before the title showdown, Takakeisho made quick work of No. 8 maegashira Okinoumi (11-4) to dismiss the third overnight co-leader. The sekiwake took control at the outset and kept up the pressure to force the rank-and-file contender over the straw.

Mitakeumi answered by promptly running through komusubi Endo (8-7) to set up the playoff. 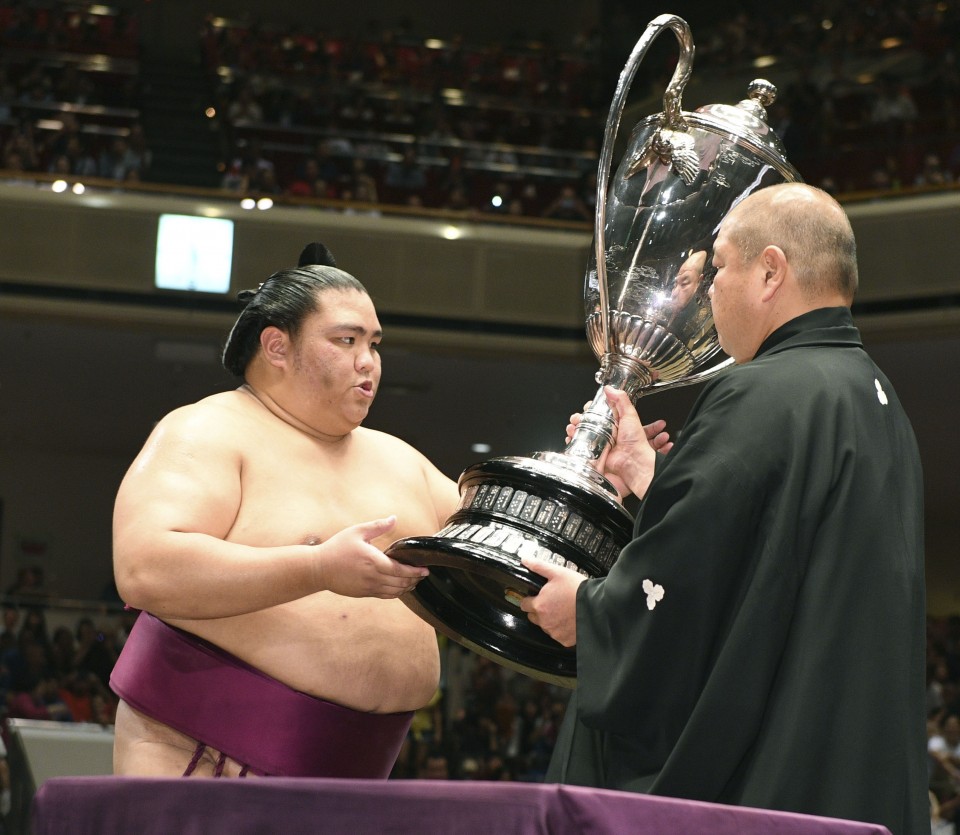 Okinoumi, a 34-year-old former sekiwake gunning for his first top-division title, picked up a Fighting Spirit Prize for leading the tournament until taking his first loss on Day 9.

Two of the meet's rank-and-file surprises -- No. 14 Tsurugisho and No. 2 Asanoyama -- suffered final-day losses after entering Day 15 one win off the pace.

Tsurugisho (10-5) ended his first top-level tournament on a muted note after falling to No. 11 Onosho (9-6), but earned a Fighting Spirit Prize for achieving double-digit wins in his makuuchi debut.

The 28-year-old rookie is the first wrestler since Shimanoumi in May to win one of the sport's three special prizes in his top division debut.

"I think my sumo was good and bad, so I need to review the bad and keep up the good," Tsurugisho said. "I'll do my best (in the next tournament)."

Asanoyama was beaten by No. 10 Meisei, as both men, who each held a share of the lead at one point, finished with 10-5 records.

While unable to repeat as champion since being presented with a special trophy from U.S. President Donald Trump after his win in May, Asanoyama earned an Outstanding Performance Prize for the second time in his career for beating yokozuna Kakuryu and both ozeki competing here.

The Technique Prize was not awarded for the first time in five tournaments.

In other matches, Goeido spun Tochinoshin around and out and eked out his 10th win. The two "kadoban" ozeki had mixed fates, with Goeido regaining his full rank and Tochinoshin facing a demotion after failing to record at least eight wins for the second-straight tourney.

No. 6 Myogiryu pushed out komusubi Abi in a rematch after both wrestlers went out at the same time, and secured a winning record despite sitting out two days with an injury. Myogiryu beat Abi for the first time in three matchups.

Top division returnee No. 16 Yutakayama celebrated his 26th birthday by pushing out No. 12 Shohozan (9-6) and becoming one of five men to finish the meet with 10 wins.

Former sekiwake Ikioi won his second juryo title with a dominant 12-3 performance in the second division.