Japanese entertainers flocked to a Tokyo memorial event on Wednesday for Johnny Kitagawa, who founded one of the country's most powerful talent agencies that produced a large number of famous boy bands over half a century.

The event held at Tokyo Dome was attended by those currently or formerly belonging to the agency such as Masahiko Kondo and Hiromi Go, as well as celebrities including singer Akiko Wada and television personality Dewi Sukarno, widow of former Indonesian President Sukarno. 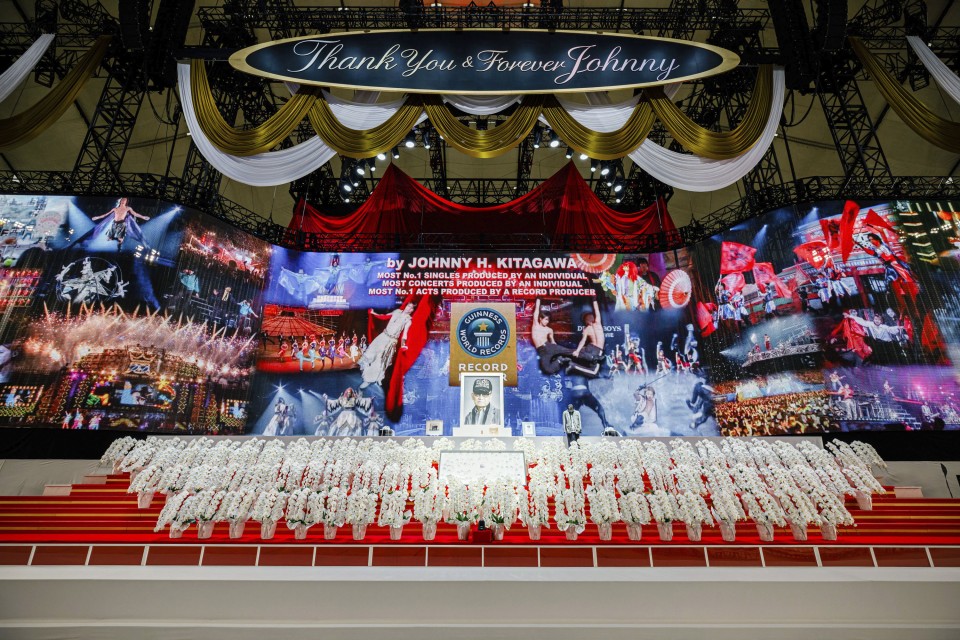 A telegram of condolence from Japanese Prime Minister Shinzo Abe was also presented at the farewell ceremony for the mogul who died on July 9 at 87 after suffering a stroke. His real name was Hiromu Kitagawa.

Kitagawa was known as the man behind the success of numerous pop groups including SMAP, Arashi and KAT-TUN, which became household names in Japan and had fan bases abroad. He also held three Guinness World Record titles for the most No. 1 artists, the most No. 1 singles and the most concerts produced by an individual.

His career was not without incident, as he faced numerous allegations of sexual misconduct, but he was never charged.

At the event, a portrait of Kitagawa wearing sunglasses was set in the center of a stage and videos of concerts, theater performances and celebrities thanking him were played. 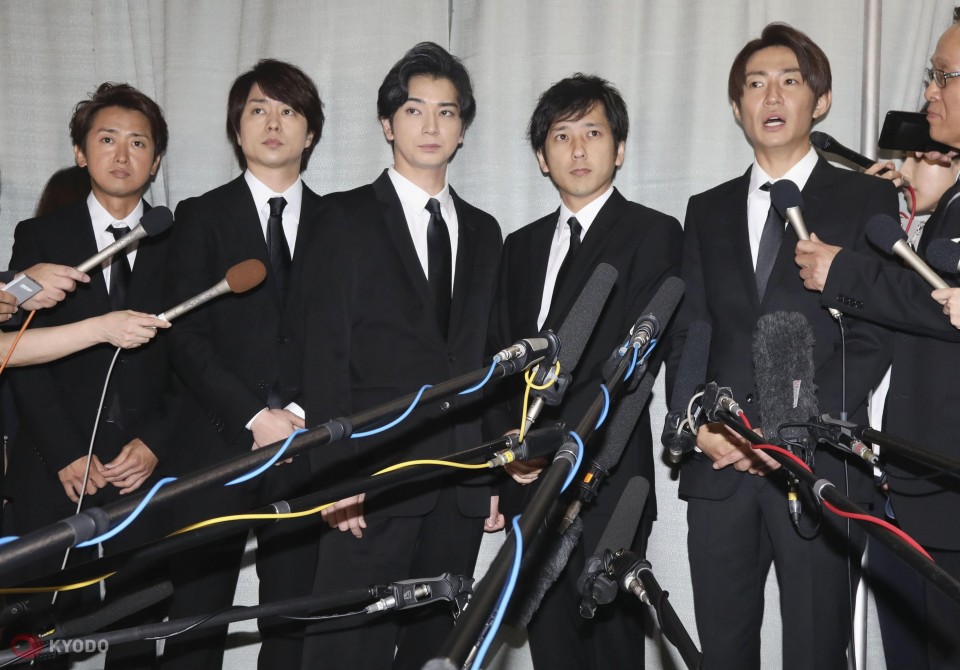 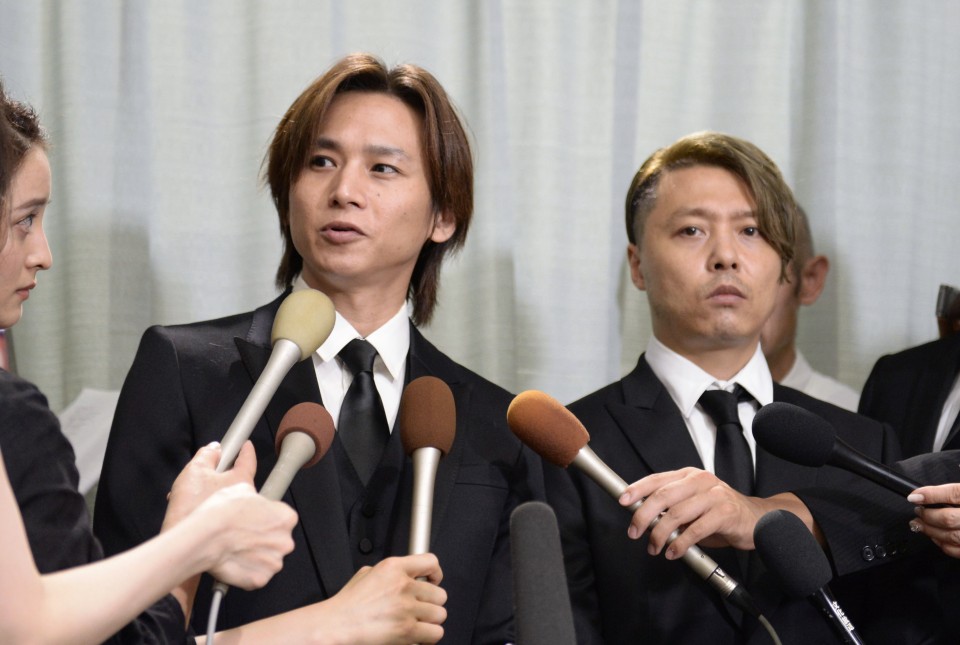 The names of boy band groups produced by Kitagawa, such as Hikaru Genji, SMAP, Kinki Kids and Arashi, and the names of celebrities affiliated with him were projected at the stage.

"We're in a baseball stadium, the sport you love. It's Tokyo Dome," Kondo said in front of the mogul's picture. "You probably wouldn't have expected your memorial event to be held here."

He continued to the crowd, "As Johnny-san would say, 'The show must go on,' let us send him off with a smile."

The Los Angeles-born Kitagawa joined the entertainment industry in the 1960s with the creation of a four-man group called Johnny's, picked from a baseball team he was coaching at the time.

"It made me happy that the memorial was very in tune with Johnny-san," said actress and talk show host Tetsuko Kuroyanagi, who was a friend of Kitagawa for almost 60 years.

Arashi member Jun Matsumoto said, "It would be nice to create what Johnny-san envisioned for our future alongside (the agency's) senior and junior members."

Fans also mourned Kitagawa's death and expressed appreciation for his work as they formed a long line at Tokyo Dome, which was opened to the public in the afternoon.

"My life has become this happy because of Johnny's idols. I have come here today to thank him," said Mitsue Iwaki, 53, a service industry worker in Tokyo.

She has been a fan of the agency's talent since becoming a fan of Kondo. "I still listen to Kinki Kids songs while packing lunches for my child," she added.

"In my youth, not a single day passed by without watching Johnny's idols (on TV) and listening to their music. I never get bored by their dancing and singing," said Kazuya Takeuchi, 27, who likes Arashi and KAT-TUN.

Takeuchi said he will sing tribute songs at karaoke with his partner after attending the memorial event.

"I think Johnny-san made his entertainment with love, so I want this practice to be passed on (to the next generation)," said a 51-year-old housewife who came with her 16-year-old daughter.