Rugby: Japan get off to winning though unconvincing start at World Cup

Rugby World Cup hosts Japan almost went from Brighton Miracle to Nightmare in Tokyo on Friday as they survived a horrendous case of early nerves to open their Pool A campaign with a 30-10 defeat of Russia.

Having conceded the fastest try ever in the opening match of a World Cup, the Brave Blossoms were disjointed for much of the first half and not at all secure under the high ball -- a far cry from their opener at the previous tournament in England. 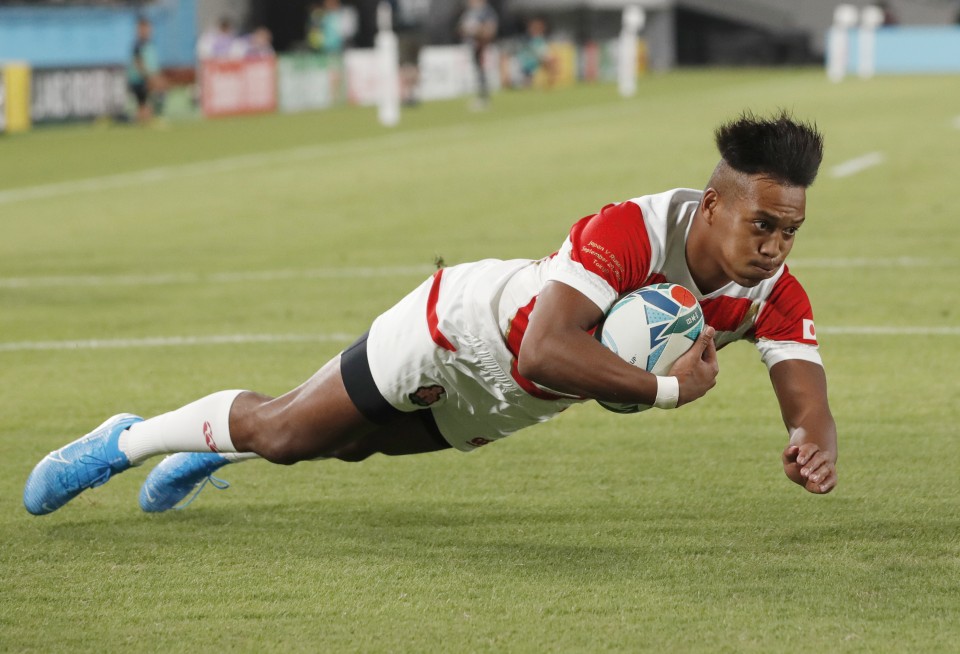 (Kotaro Matsushima of Japan scores a try during the first half.) 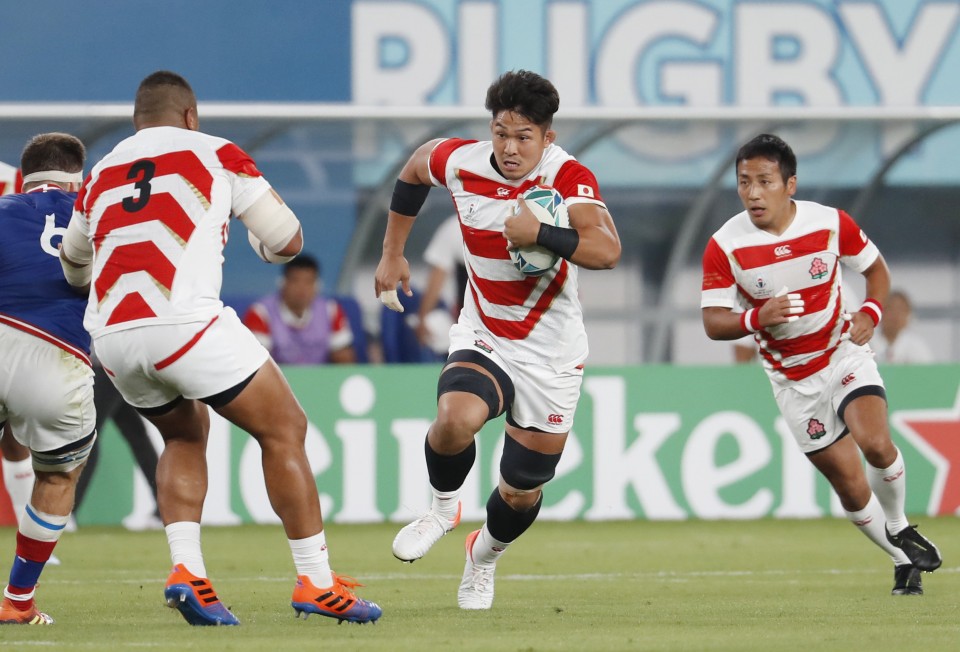 A hat-trick of tries from Man-of-the-Match Kotaro Matsushima -- the first by a Japanese player at a World Cup -- and one from Pieter Labuschagne eventually saw them home with a bonus point.

But Scotland, Ireland and Samoa will have seen plenty to give them hope that it will be they and not the hosts that will fight it out for a quarterfinal spot if captain Michael Leitch and his team do not make some radical improvements.

"At times it was obvious the pressure got to some of the players," said Japan coach Jamie Joseph. "But I'm proud of the way we battled through that."

"This was Russia’s grand final and they took it to us. So, hats off to their coaches and players. Now we have to get back on the horse and look forward to Ireland (on Sept. 28)." 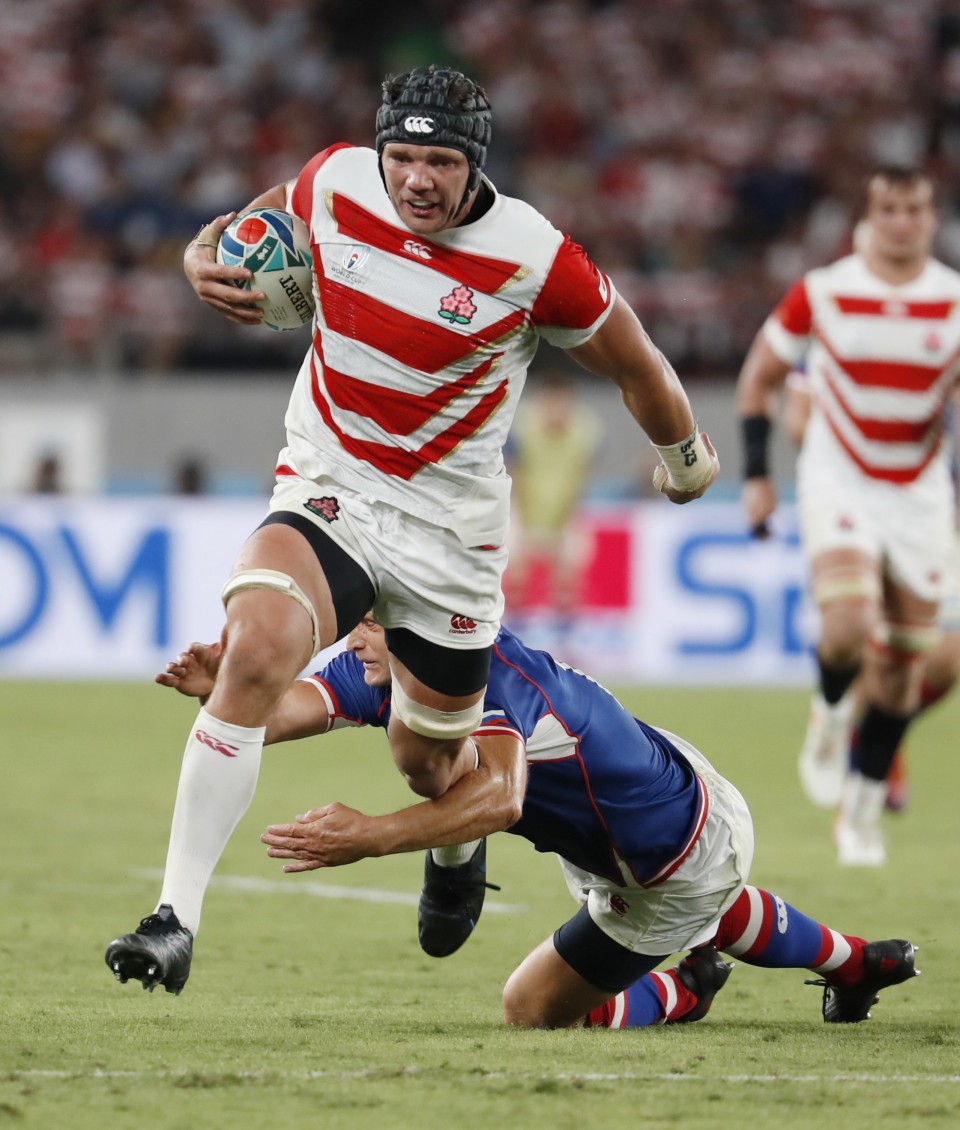 With the mercury at 23 C at Tokyo Stadium (Ajinomoto Stadium) and the humidity close to 70 percent, the Brave Blossoms started dreadfully in front of a rugby crowd the like of which has never been seen or heard in Japan before.

An uncharacteristic error from Leitch from the kickoff, a clearance kick from Yu Tamura that was charged down and a woeful attempt by William Tupou to field a bomb all combined to allow Kirill Golosnitskiy to touch down with just four minutes on the clock. 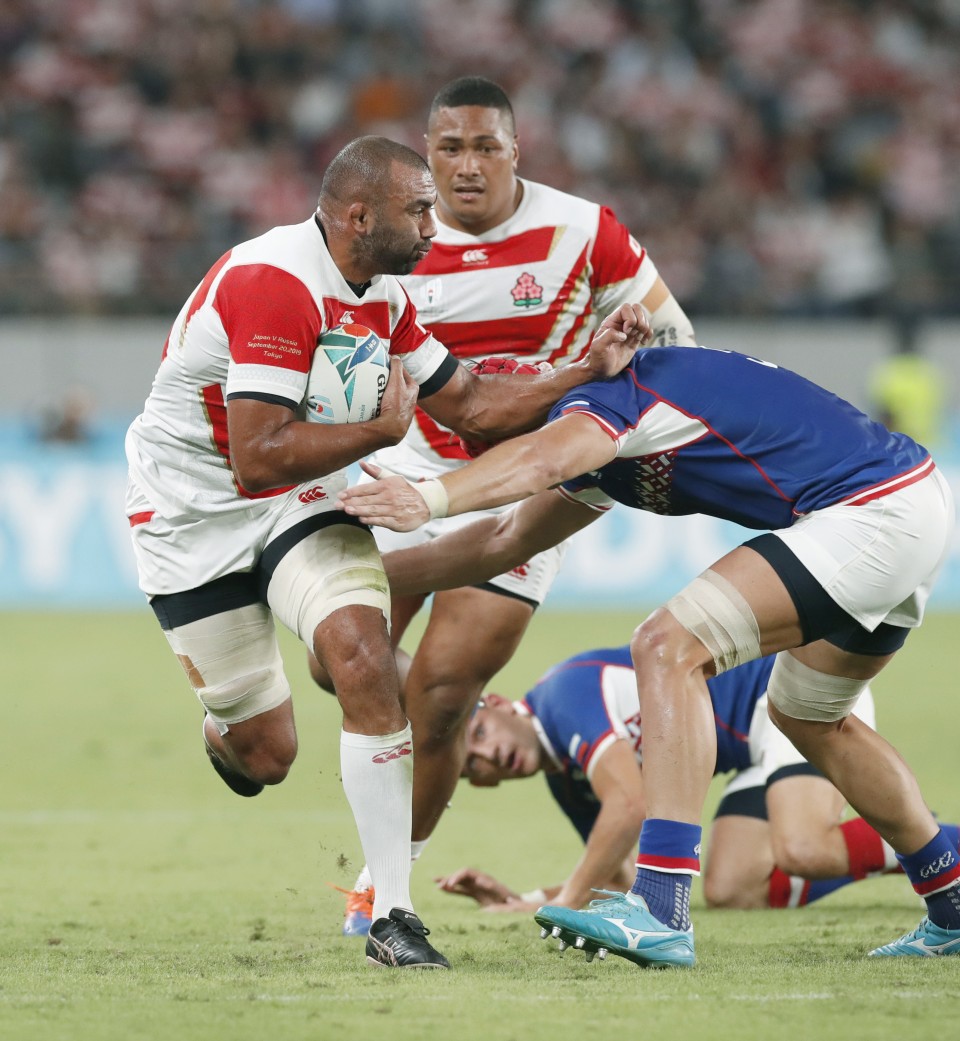 Tupou atoned for the error somewhat seven minutes later when his improvised pass following superb hands from Timothy Lafaele put Matsushima away for his first try.

But with Dmitry Gerasimov making some big tackles to go with some dangerous runs that kept the Japanese defense on their toes, the hosts were unable to make the most of their slight advantage in both territory and possession.

Matsushima looked to have scored in the 34th minute following a break from Lafaele and good awareness from Labuschagne, but the officials deemed he had knocked on as he tried to ground the ball. 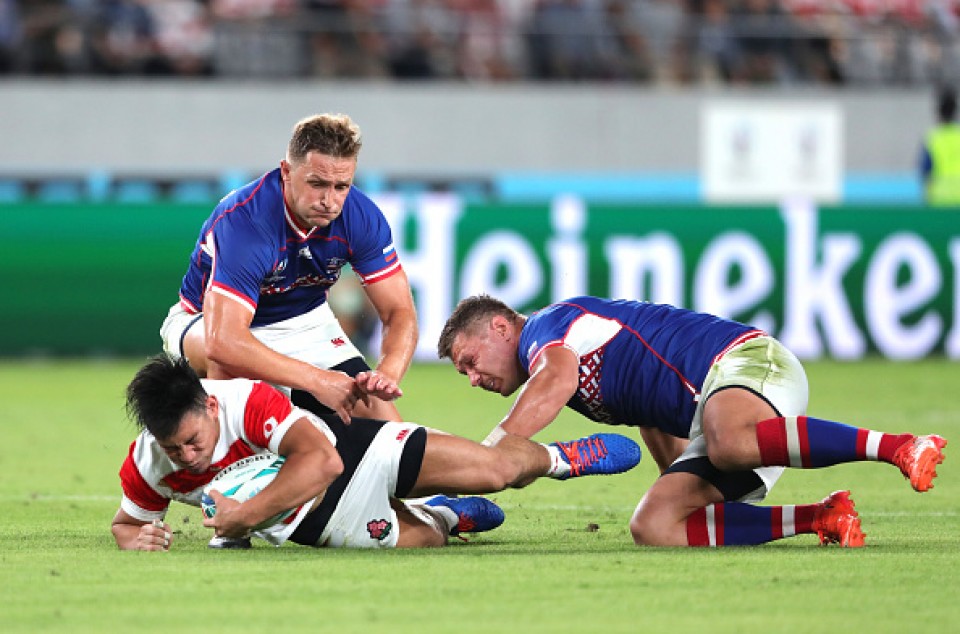 Four minutes later, however, there was no doubt as an offload from Ryoto Nakamura saw Matsushima hand the hosts a 12-7 halftime lead.

"We made mistakes that we don't usually make because we were nervous," said Japan scrumhalf Yutaka Nagare. "But we reminded each other this is a World Cup and step by step we eventually played the way we wanted."

Russia coach Lyn Jones had a slightly different take, however, on the first 40 minutes.

"We caused them problems with our defense," he said.

Tamura opened the second half with a penalty to go with his earlier conversion, but his radar was well-off a few minutes later after Labuschagne had scored a sensational individual try, the flanker ripping the ball in the tackle and then running 40 meters for Japan's third five-pointer.

Yury Kushnarev closed the gap with a penalty before Tamura's right boot finally clicked as he landed a 45-meter penalty to make it 23-10 with 17 minutes left to play.

"We conceded penalties at the wrong time when we needed to apply pressure. A few were unnecessary," said Russia captain Vasily Artemyev.

Matsushima's third try not only brought the house down but ensured Japan would take a bonus point despite delivering what was not the most convincing of performances.

"We made a lot of unforced errors. Our kicking game was pretty poor tonight so we're going to fix it up quickly," said Joseph.