The driver of a delivery truck that got stuck at a railway crossing and was hit by a commuter train in Yokohama near Tokyo appears to have approached the crossing from a road he was unfamiliar with in a deviation from his normal route, police said Friday.

The police searched the truck operator, a transport company in Katori, Chiba Prefecture, over the Thursday accident that left the driver dead and caused the eight-car express train on the Keikyu Line to derail, injuring 35 people. The police revised the number of injured up from 33.

The driver, 67-year-old Michio Motohashi, apparently struggled to make a right turn to enter the crossing from a narrow side road, with video footage taken by a security camera near the site showing him repeatedly turning the steering wheel of the 12-meter-long truck and moving forward and backward, train operator Keikyu Corp. said.

A crossing bar hit the back of his truck as he was struggling to make the turn, but Motohashi continued onto the crossing and became trapped on the tracks for a few tens of seconds, according to Keikyu and the footage. 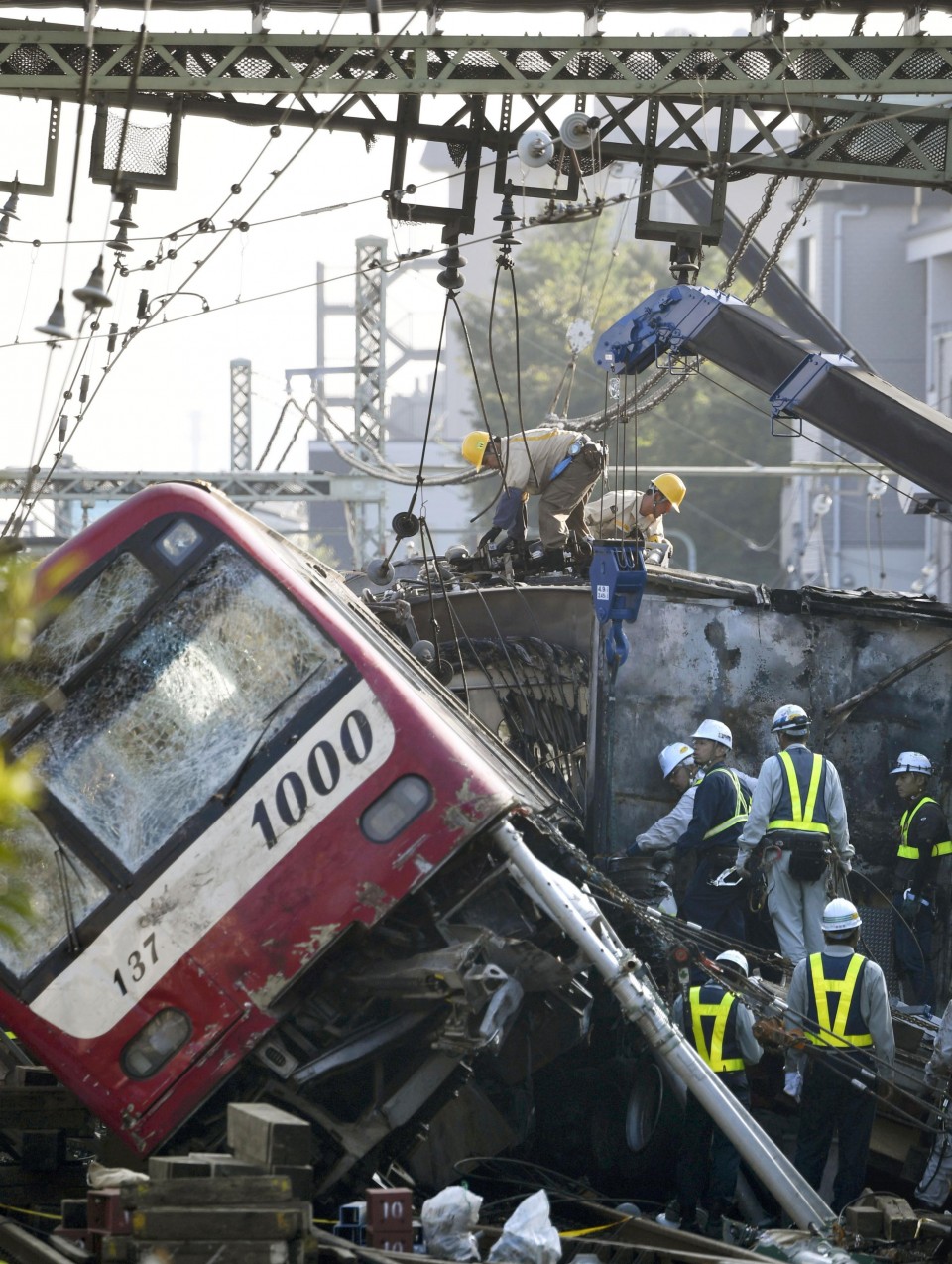 The driver was initially trying to make a left turn from the road with help of two Keikyu employees from an office near the crossing who had happened to be there, but the driver gave up.

The train operator said it is aiming to resume services in areas affected by the accident by noon Saturday, not the morning as earlier announced.

The transport company for which he worked said Motohashi was taking fruit from Yokohama to Narita but that the side road was not part of the route the company had instructed him to take.

As the obstacle detection device at the crossing was functioning, the police are investigating whether the train driver applied the brakes appropriately.

It stepped up recovery and repair efforts on Friday, bringing in a large crane to move the three derailed carriages at the crossing near Kanagawa-Shimmachi Station.

The train operator had initially sought to normalize services by the Friday evening rush-hour period, but removal of the carriages is taking more time than expected.

With the train services canceled between Keikyu-Kawasaki and Yokohama stations, people were forced to take detours using other train lines.

"I don't know how long it will take to get to school and I could be late," said a 17-year-old high school student.

"I think it will take three times longer than my usual commuting time," said Keiko Matsushita, 53, noting that substitute trains were crowded.

The express train from Aoto in Tokyo to Misakiguchi in Kanagawa Prefecture was carrying about 500 passengers at the time of the accident. The truck caught fire after the collision.

The police said they are continuing to analyze camera footage shot around the time near the crossing to determine the truck's movements.