A typhoon passing near the southern prefecture of Okinawa could bring strong winds and high waves to western Japan over the three-day weekend, the weather agency said Saturday, warning of possible landslides caused by heavy rains.

The Japan Meteorological Agency said Typhoon Tapah is expected to head to the Tsushima Strait in southwestern Japan and then move to the Sea of Japan on Sunday.

Two people were swept away while surfing in Miyazaki Prefecture on the southwestern main island of Kyushu, with a 60-year-old man confirmed dead and another unaccounted for. In Okinawa, 19 people were injured. 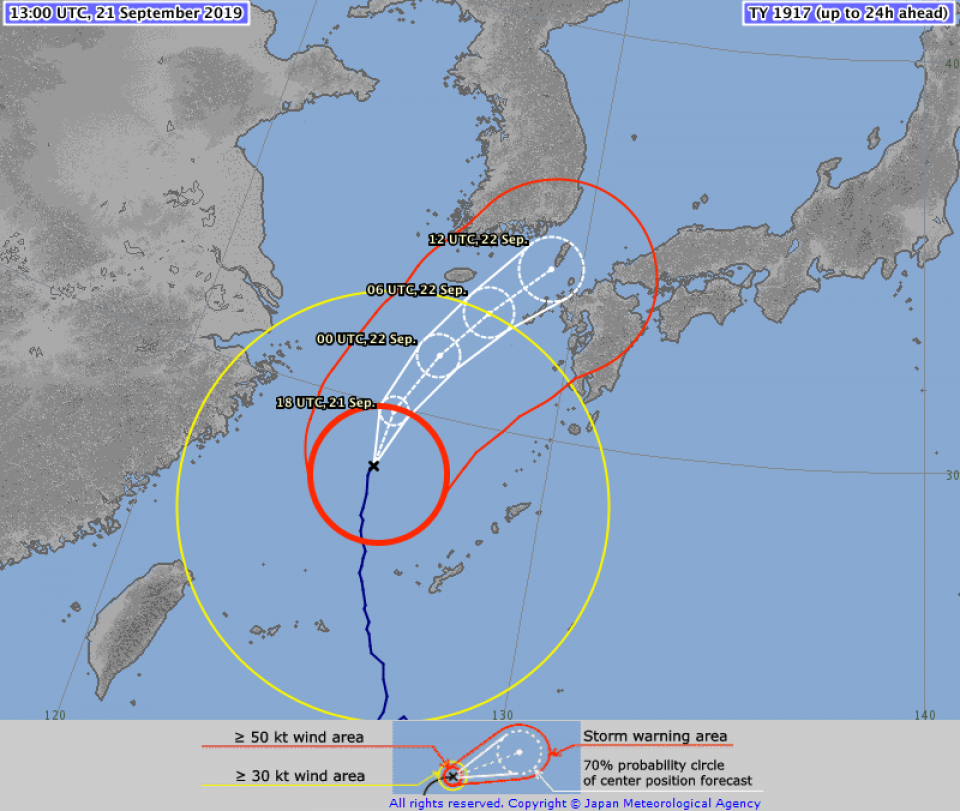 3 die, over 100 injured in repair attempts in storm-hit Chiba Pref.

Kyushu Railway Co. and airliners suspended part of their operations, while Okinawa Electric Power Co. said up to 40,000 households were briefly without electricity in the prefecture.

As of 10 p.m. Saturday, the season's 17th typhoon was traveling north in the East China Sea off Okinawa's main island at a speed of 20 kilometers per hour, according to the agency. It had an atmospheric pressure of 970 hectopascals at its center and was packing winds of up to 180 kph.

More than 120 millimeters of rain was recorded falling in a single hour on Saturday morning around the city of Miyazaki.