Close to 20,000 children of foreign nationality in Japan may not be attending school despite being eligible to enroll, a government study showed Friday.

The first such survey conducted by the education ministry in May and June found that 19,654, or 15.8 percent, of eligible foreign children are not attending Japanese elementary or junior high schools, although some may be going to international schools. 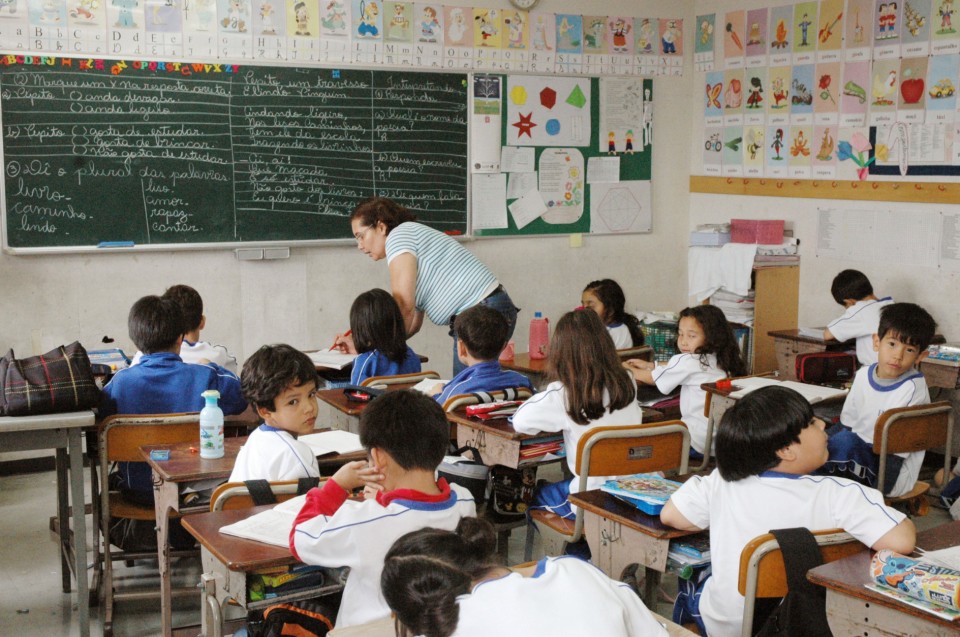 (A school for Brazilian children in Gifu Prefecture.)

According to the ministry, foreign children who wish to attend Japanese public elementary or junior high schools can do so free of charge under the International Covenants on Human Rights and other agreements. However, unlike Japanese children, education for them is not compulsory.

In accounting for the lack of attendance, the ministry said some children and guardians may not have sufficient command of the Japanese language and local government support also varies, adding that some children may be working or looking after siblings at home.

The study also found that 1,196 municipalities, or 68.7 percent of the total in Japan, had at least one school-aged child of foreign nationality.

With the launch in April of a new visa system to bring in more workers from overseas, it is expected that the number of foreign families living in the country will continue to rise.

Based on the results, the Education, Culture, Sports, Science and Technology Ministry will implement measures to help children currently not in the education system to enroll in school.

The study was carried out through the boards of education in all of Japan's 1,741 municipalities, covering 124,049 foreign children listed on residence registries -- 87,164 of elementary school age and 36,885 of junior high school age.

Dual citizens with Japanese and another nationality were excluded.

By checking the school registers of each board of education, the ministry found 1,000 of the children were not attending school, while the statuses of another 8,768 were unconfirmed.

It was unable to verify the circumstances of a further 9,886 children due to reasons including their absence from school registers despite listed under the resident registration system.

Around a third of municipalities, or 649, had not sent notices regarding elementary or junior high school enrollment to households with eligible foreign children.

Even among local governments that delivered notices, many only sent documents in Japanese, the survey found.