The fourth-grader who lives in Ishikari, north of Sapporo on Japan's northernmost main island of Hokkaido, has made TV appearances in the United States, performed with popular rock bands and starred in commercials for global brands such as sports apparel maker Nike Inc. and Italian luxury fashion brand Moncler S.P.A. 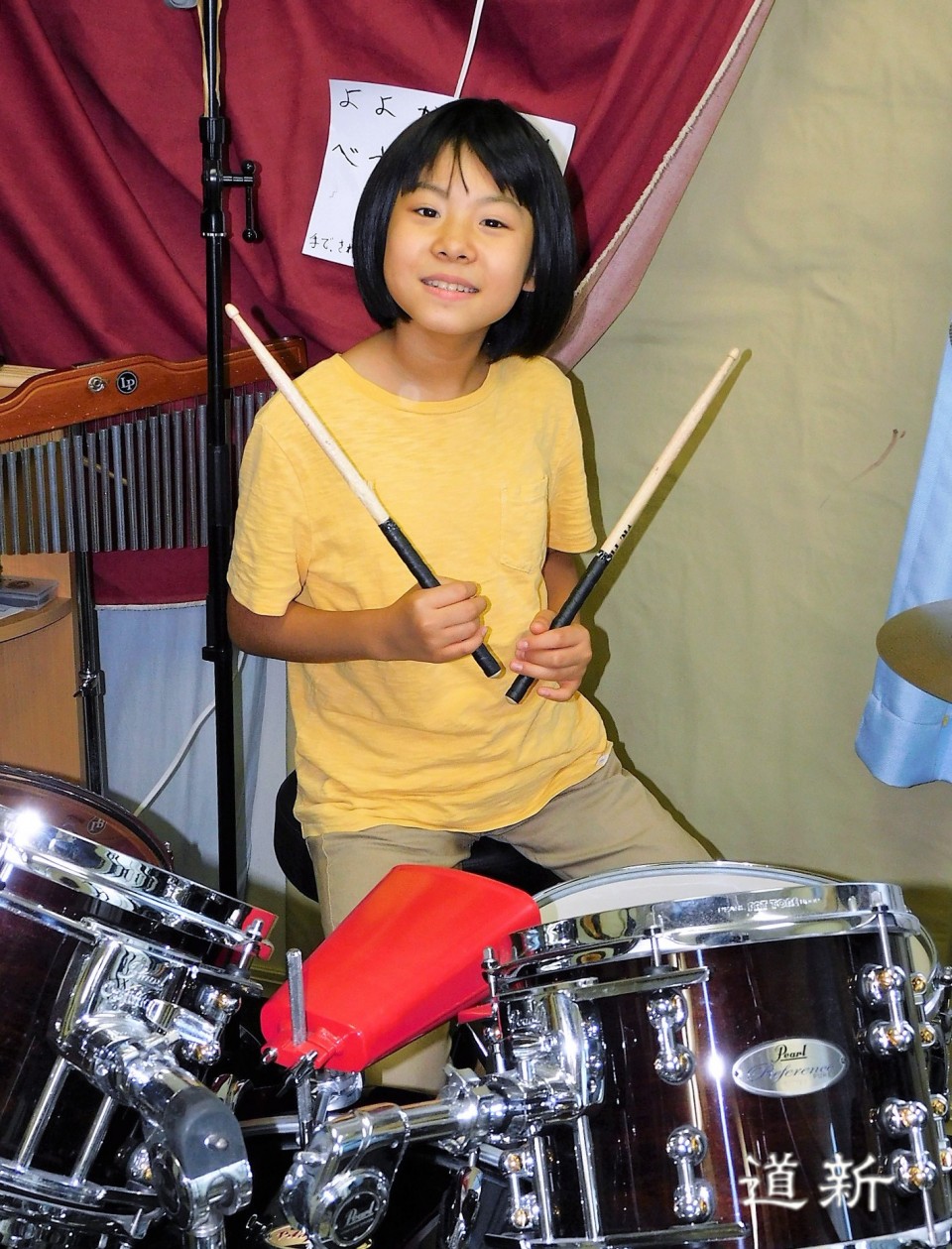 Yoyoka started playing the drums when she was just a year and a half, and in 2015, her family formed the band "Kaneaiyoyoka." Nowadays, her 38-year-old father Akifumi playing the bass, her 39-year-old mother Rie the guitar and her 6-year-old brother Shido is in charge of the keyboard and percussion.

The talented prodigy shot to fame when a video of her playing Led Zeppelin's song, uploaded to the Hit Like A Girl contest in April last year, became a weekly winner in the Under-18 category.

Top musicians around the world have heaped praise on Yoyoka, not only for her technique but also for her expressiveness. She has been featured in music magazines and TV programs in Britain and the United States, and her videos have been viewed over 15 million times.

With her growing fame, Yoyoka has landed various offers from overseas, such as shooting a Nike commercial in Thailand in August last year and appearing on popular U.S. television programs earlier this year. The Moncler commercial was shot in the United States in May.

"I was happy since I've always wanted to go abroad, and I had fun at all the shootings," Yoyoka said.

At the same time, she hasn't forgotten her home crowd. Back in Japan, Yoyoka performed with popular U.S. rock band Fall Out Boy at the Summer Sonic Tokyo 2019 in August.

"I love doing live gigs with different people. It's exciting," she said.

Her schedule is filled with appointments to appear on TV and music events across Japan, as well as commercials and other engagements.

Among her most recent performances was the Ishikari Sake Matsuri, an annual autumn festival in her hometown, on Sept. 21. "I'm really looking forward to having my friends and local people come watch the show," she said ahead of the event.