The 2019 Rugby World Cup kicked off Friday in front of a sold out crowd in Tokyo with an opening ceremony organizers said drew on "deeply symbolic Japanese cultural references to illustrate the passion, expectation and excitement the people of Japan have for the tournament."

Inspired by Japanese festivals, the ceremony told "the story of the mythical dawn of time, rugby's origins and its arrival in Japan, and the blossoming of Rugby World Cup into today's global celebration, as the ninth edition breaks new ground by being hosted in Asia for the first time." 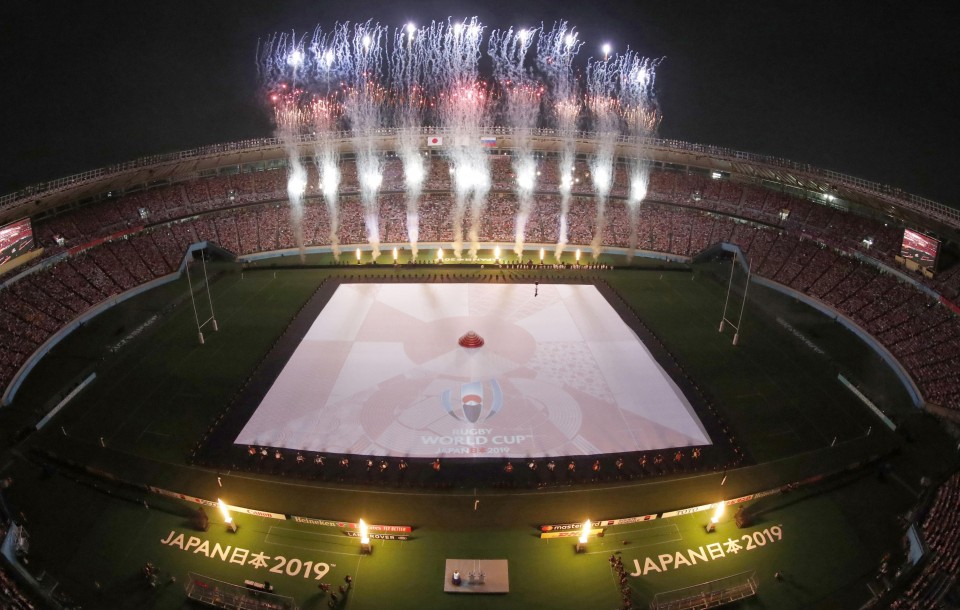 Hours before Japan played Russia in the first of 48 games to be played at 12 venues across the country, the pre-match show kicked off with an exhibition flight by Blue Impulse, the aerobatics squadron of the Japan Air Self-Defense Force.

Having arched their necks to look skyward, the crowd then turned their attention to the field at Tokyo Stadium (Ajinomoto Stadium) where 20 women paraded in kimono, the design of each inspired by the 20 nations taking part in the tournament. 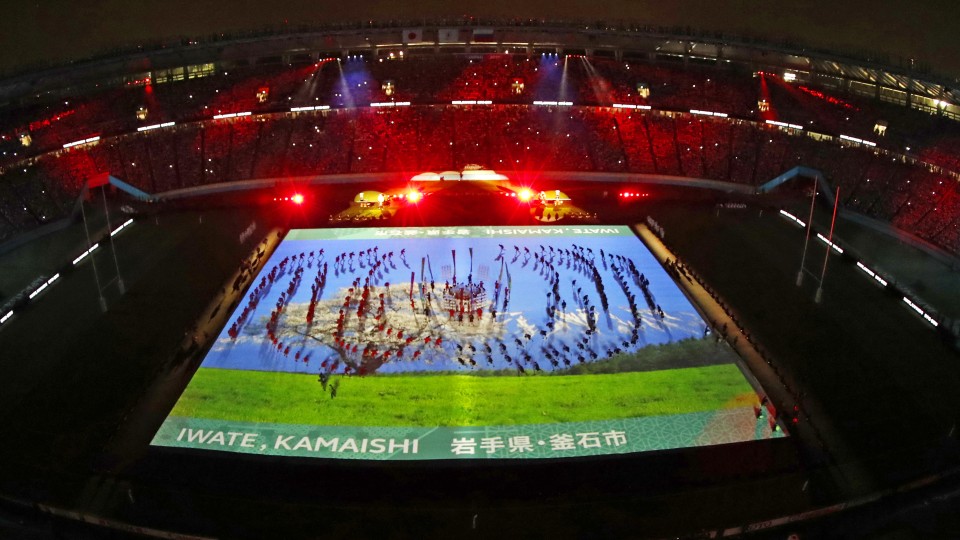 Combining the ancient with the modern, taiko drummers and traditional dancers then performed as images of the 12 host cities were shown on the big screen, and the competing nations projected onto a model of Mt. Fuji.

The ceremony's finale saw New Zealander Richie McCaw, the only captain to lift the Webb Ellis Cup twice, emerge from beneath the mock-up Mt. Fuji to display the trophy that the teams will be playing for, before Crown Prince Akishino and World Rugby Chairman Bill Beaumont took to the field. 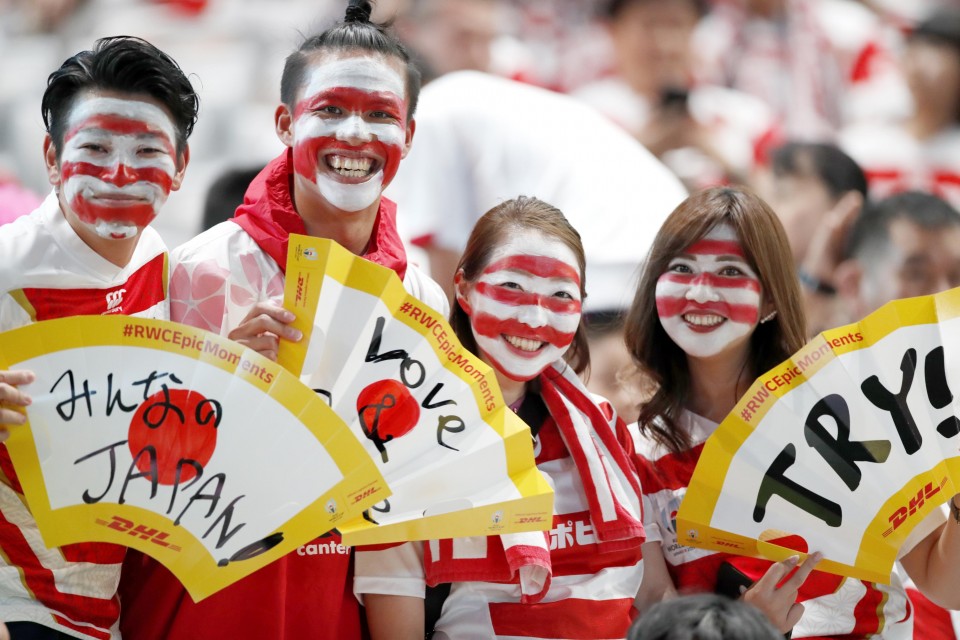 "This is the moment that we have all been waiting for, Japan's Rugby World Cup -- the first in Asia!" said Beaumont. "This is also the moment that the organizing committee, the host cities and so many Japanese people have been working for with great dedication and passion. You can all be very proud tonight. You have made history."

"The waiting is over. The stage is set. It is now over to the teams, the fans, and the people of Japan to make this the best Rugby World Cup ever," he said. 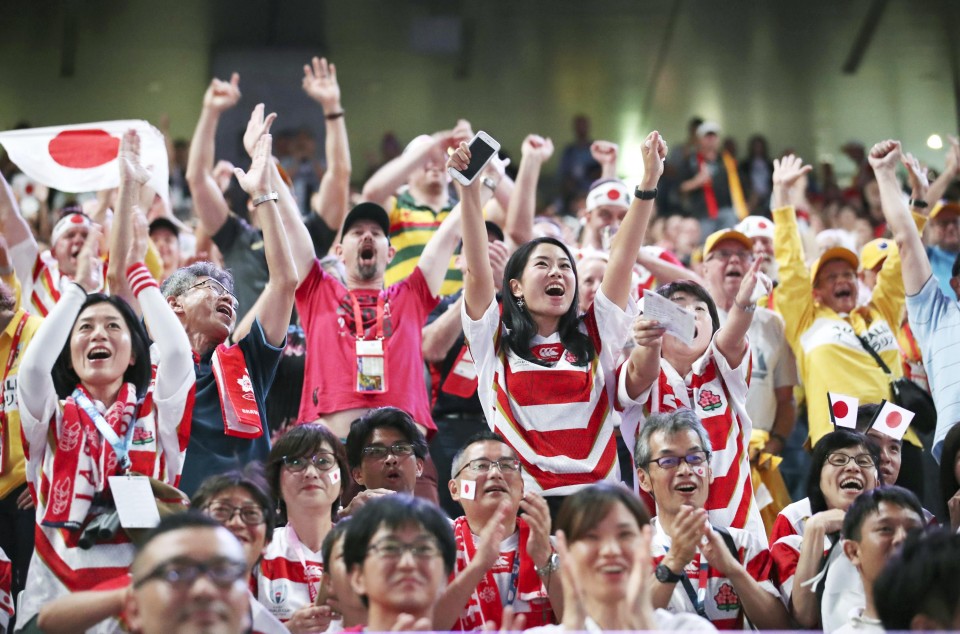 "I'm looking forward to the players showing off their skills to fans around the world on this, rugby's most prestigious stage," said Crown Prince Akishino. "I hope this tournament will be an opportunity for rugby football to grow even more, and for the people of the world to build friendships through sport."

Accompanied by the crown prince, Prime Minister Shinzo Abe was also at the stadium and tweeted after Japan snagged a convincing 30-10 victory against Russia, "It was a wonderful heated match and I was excited throughout. To the Japanese team, congratulations!"

Earlier, World Rugby said 96 percent of the 1.8 million tickets had been sold, with more than 30 percent sold to overseas fans.

Akira Shimazu, CEO of the tournament's organizing committee, said in a press release, "Rugby has the power to unite through its ethos of respect, inclusion and integrity and our sincerest hope is that the tournament has this effect." 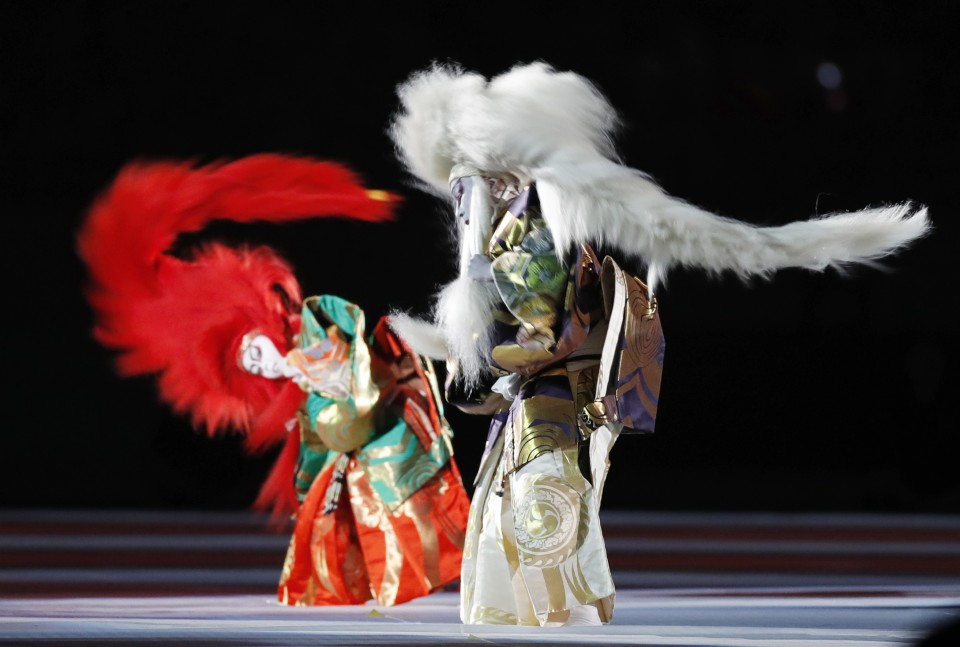 (Kabuki actors perform during the Rugby World Cup opening ceremony in Tokyo on Sept. 20, 2019, ahead of the opener between Japan and Russia.)