Tokyo Olympic volunteers to have 1-hour shifts amid heat concerns

Tokyo Olympic volunteers, likely to work under blazing heat, will have a maximum of one-hour shifts, with a plan to create a manual to help on-site leaders to determine break times, officials said Monday.

The Tokyo metropolitan government's decision comes as it formulated its basic policy on heat countermeasures and spectator guidance for the 2020 Games, based on the results of simulations conducted this summer at various test events.

The potentially deadly heat has been a major headache for organizers of the Tokyo Olympics and Paralympics, as temperatures regularly top 30 C in July and August when the games will take place.

The organizers tested in mid-September whether artificial snow could be used to cool spectators at outdoor venues. 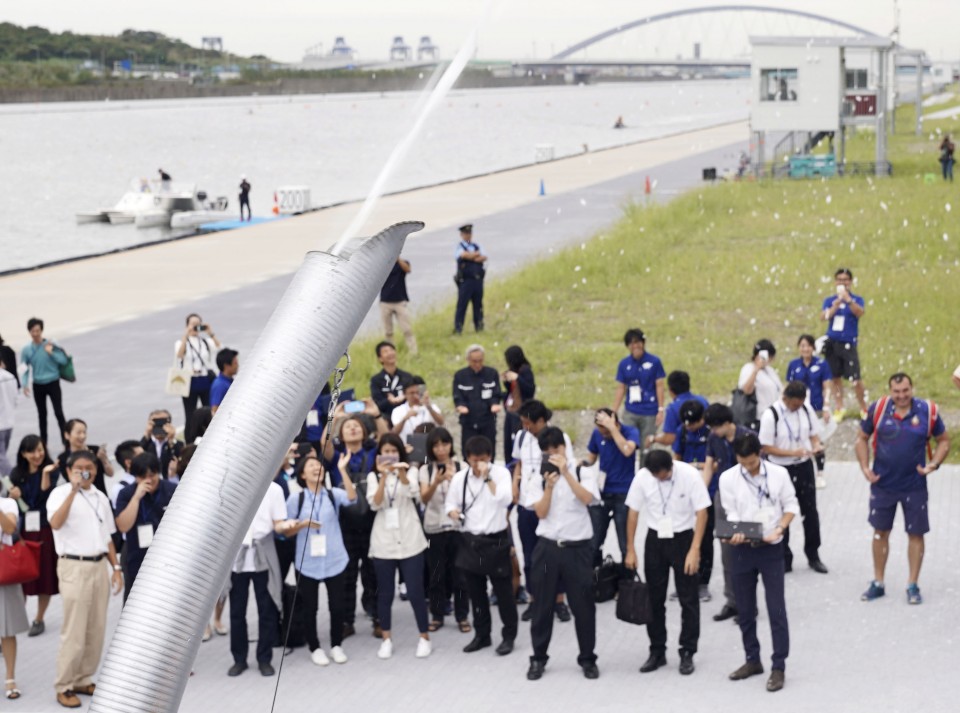 To allow the volunteers, recruited by the metropolitan government, to provide smooth guidance to spectators and tourists inside the capital, real-time information on the results and progress of the day's competitions will be shared on smartphones and other devices, according to the basic policy.

Officially known as "City Cast," the volunteers will assist tourists and manage traffic at airports and train stations, differing from "Field Cast" volunteers, who will work at competition venues and the athletes village.

In the evening hours, they will operate in pairs, the local government said, adding it is also considering providing "umbrella hats," a wearable item which generated much talk online after its prototype was released, to people who request them.

Based on expert opinion that shade is the most effective when it comes to combating heat for spectators, the Tokyo government also plans to put up a large amount of tents around the venue, in combination with the use of fans and other measures.

Rest spaces, comprising at a minimum a tent, fans, benches and water supply, will be installed in the "last mile" between venues and their closest station, as well as along the sidelines of road competitions.

Furthermore, the metropolitan government will provide neck coolers to help keep body temperature down, and use paper fans as a tool to convey warnings on heat stroke and heat exhaustion. It also plans to distribute crushed ice in places where measures against heat are especially needed.

By running test events centered on indoor competitions from this October, the organizers will hold drills for guiding foreigners and disabled spectators, as well as for a hypothetical disaster, according to the officials.