Okinoumi suffered his first loss of the Autumn Grand Sumo Tournament on Monday and fell into a two-way tie for the lead with fellow rank-and-filer Meisei.

The No. 8 maegashira ended the longest winning streak of his top-division career and relinquished sole control of the top spot after falling to No. 5 Ryuden (4-5) on Day 9 of the 15-day meet at Tokyo's Ryogoku Kokugikan. 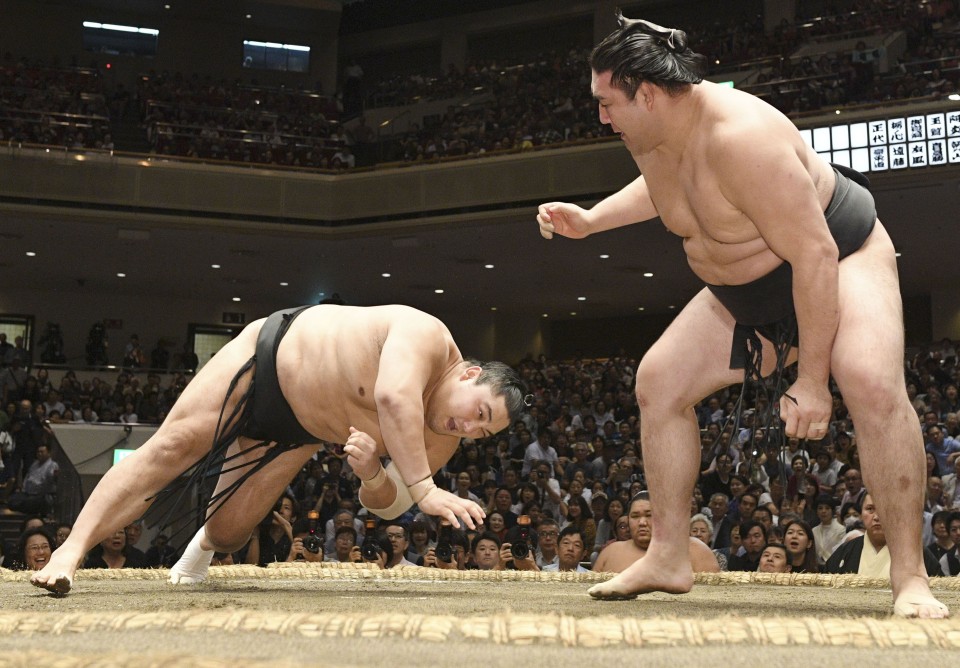 The 34-year-old veteran charged out of the gates and nearly forced Ryuden over the straw, but lost his balance after being shoved aside and crashed down to defeat.

Okinoumi faces No. 10 Sadanoumi (4-5) on Day 10 in his bid to hoist the Emperor's Cup for the first time. The tournament remains wide open with grand champions Hakuho and Kakuryu both out of the meet with injuries.

The other co-leader, No. 10 Meisei (8-1), earned his seventh straight victory and clinched a winning record after defeating No. 7 Kotoshogiku (4-5).

The former ozeki had Meisei on the ropes after a hard initial slam, but the younger maegashira circled around and swung Kotoshogiku down with a beltless arm throw.

Sekiwake Takakeisho, Mitakeumi and No. 2 Asanoyama are providing the nearest competition for the frontrunners, with each trailing by a win after improving to 7-2.

Takakeisho beat No. 4 Tamawashi (5-4) and is now three wins shy of securing a return to sumo's second-highest rank. The two wrestlers traded shoves in a power exchange before Takakeisho took control and forced the maegashira off the dohyo. 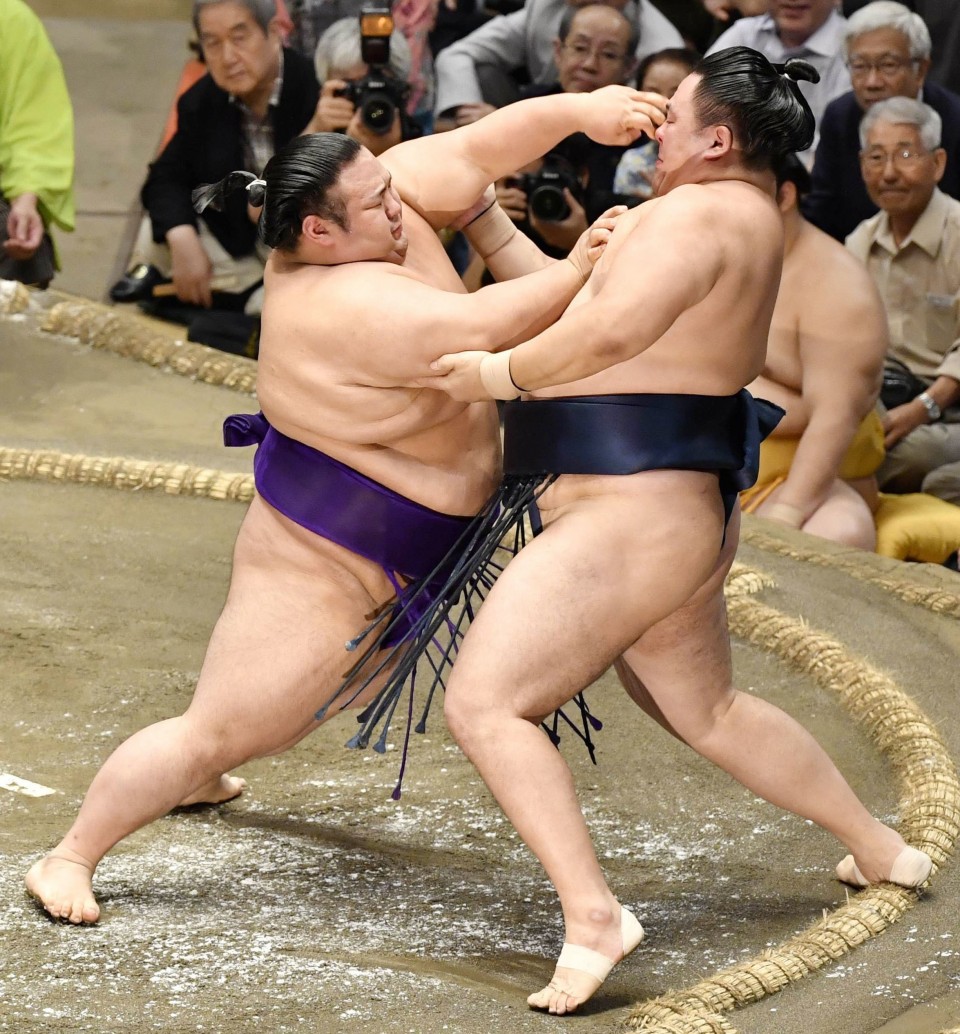 Mitakeumi outmuscled No. 3 Tomokaze (5-4) to stay in contention for his second top-division title. The sekiwake was initially taken back but stepped on the gas and bulldozed his opponent out.

Asanoyama defeated komusubi Abi (5-4) in a hard-fought match that kicked off bouts featuring the sport's elite.

The komusubi put all of his energy into a flurry of shoves and slaps, but Asanoyama, who won his first title in May, remained poised and bounced back several times before eventually taking Abi over the straw.

In the final bout of the day, ozeki Goeido wasted little time dispatching No. 4 Shodai (2-7), ramming the rank-and-filer off the raised ring for his sixth win.

Tochinoshin (4-5) also picked up a much-needed win over komusubi Endo (6-3), who fell further off the pace. The Georgian ozeki immediately stepped to the side and delivered a right-handed slap to claim an easy victory with the controversial technique.

Both ozeki require eight wins here to keep their rank and avoid demotion to sekiwake.