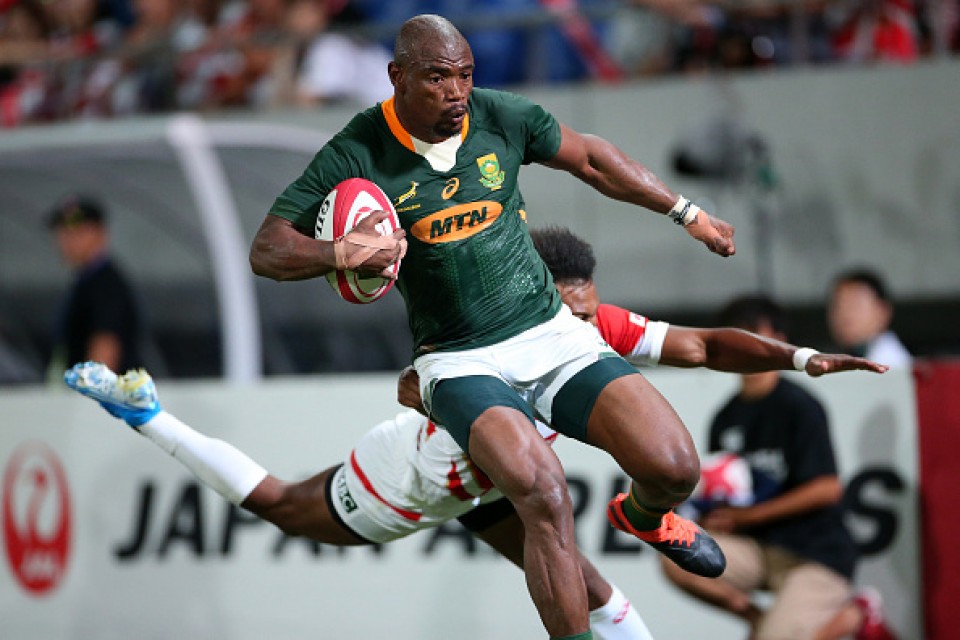 KUMAGAYA, Japan - South Africa avenged their defeat to Japan at the last Rugby World Cup on Friday night running out 41-7 winners in a manner suggesting they will be one of the favorites for the 2019 edition when it kicks off in two weeks time.

On a hot, humid night at Kumagaya Rugby Stadium, wing Makazole Mapimpi made the most of the two-time world champions playing to their strengths by bagging a hat-trick of tries.

The Springbok pack used their physicality to good effect to create opportunities and stifle the rare Japan attack, while the kicking game from Faf de Klerk, Handre Pollard and Willie le Roux constantly troubled Will Tupou and the Japan back three.

More worrying for the hosts, however, was the number of weaknesses exposed in their game.

"We created a lot of opportunities for us to score but through small mistakes, the opposition really punished us," said Japan head coach Jamie Joseph. "They kicked the ball and forced us into mistakes. But the game was a great preparation for us, exactly what we needed going into the World Cup."

Any hopes of a repeat of Japan's 34-32 win at the last Rugby World Cup were over by halftime as South Africa scored three tries, all from errors by the hosts. 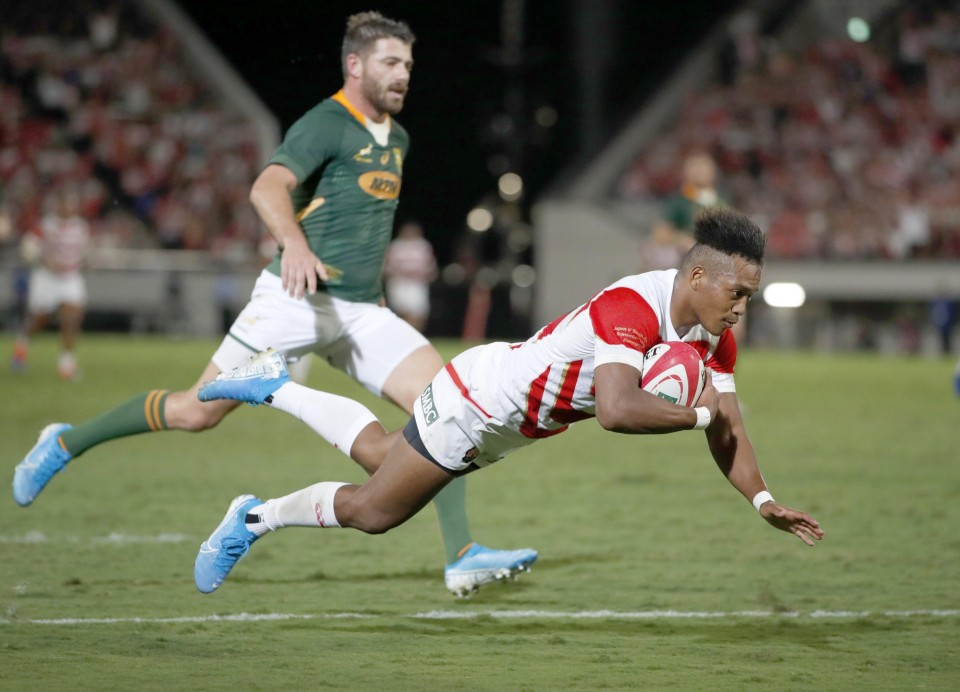 (Kotaro Matsushima of Japan scores a try in the second half.)

Mapimpi dotted down twice -- the first following a poor kick from Yu Tamura and the second straight from a scrum after Japan's wide defense was exposed -- and Pollard kicked two conversions and a penalty goal to make it 22-0 at the break.

Japan, who got off to the worst possible start with flying wing Kenki Fukuoka forced off after four minutes, had their moments. But a lack of discipline -- or handling errors at key moments -- meant they were unable to trouble the scoreboard operator in the opening 40 minutes.

Roared on by the sold-out crowd, most of whom were decked out in red and white replica jerseys, Japan started the second half brightly. 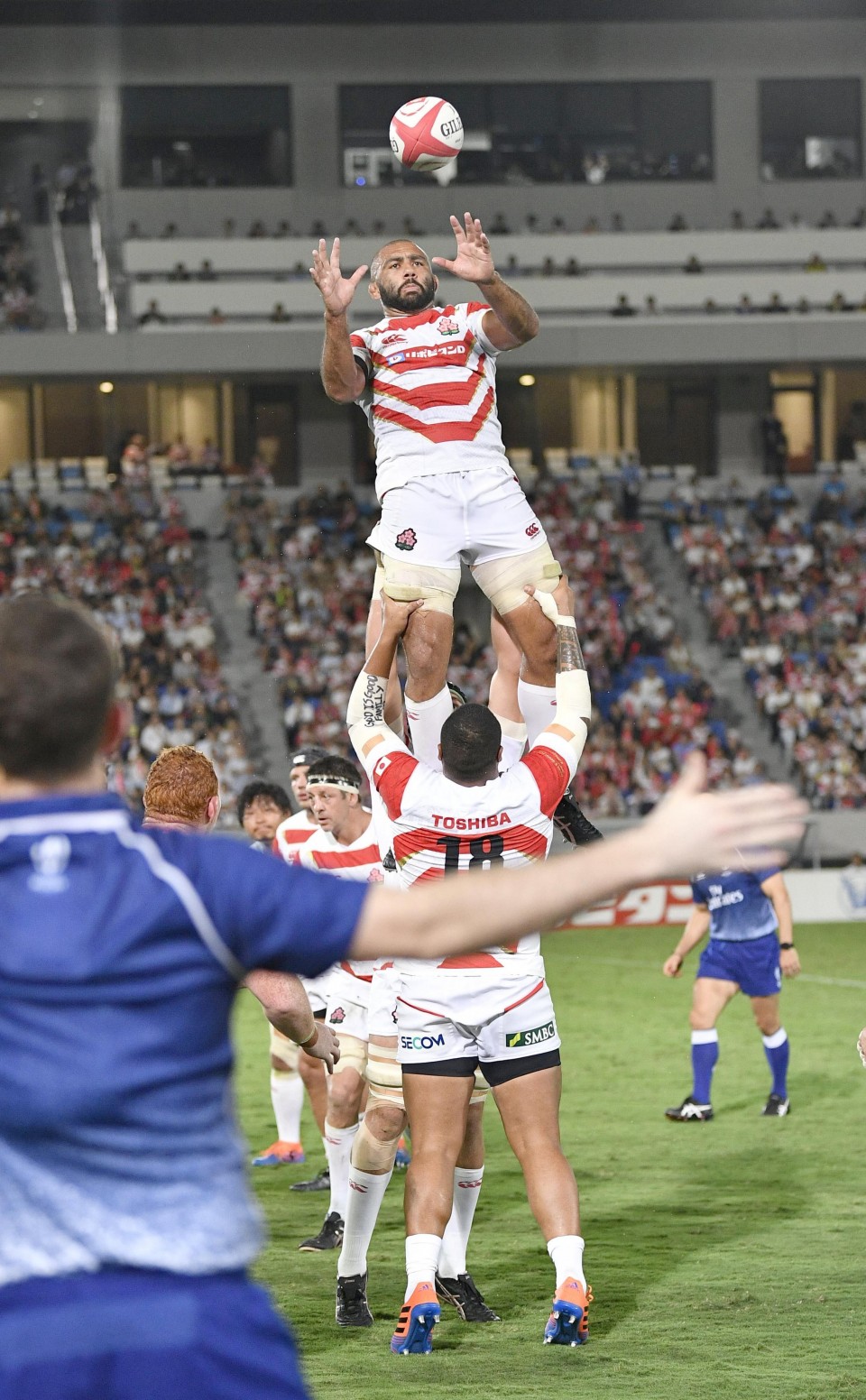 But an injury to Amanaki Lelei Mafi robbed them of their main power runner and despite the best efforts of Luke Thompson and the rest of the pack, who to be fair raised their game in the second stanza, the Springbok defense could not be breached.

Mapimpi brought up his hat-trick in the 53rd minute as he used his pace to beat the last defender before Kotaro Matsushima finally gave the crowd something to cheer about as he made the most of a turnover and a clever pass from Timothy Lafaele to cross the chalk.

But hopes of a comeback were dashed when Kolbe raced 80 meters for his second try following a dreadful pass from the out-of-sorts Tamura, and Herschel Jantjies raced home following yet another turnover.

"In the last 10 to 15 minutes the score got away from us. We needed to chance our arm but the pressure they put on us made us concede tries" said Joseph.

Japan open their Pool A campaign on Sept. 20 in Tokyo against Russia, while South Africa are in action the next day in Yokohama against New Zealand in Pool B.

South Africa head coach Rassie Erasmus said the run out had been the perfect preparation.

"We are lucky we didn't get a lot of injuries and we think now this puts us on the right track before we play the All Blacks in two weeks' time because Japan certainly pushed us hard all the way," he said.