South Korea and North Korea have missed a qualification deadline and will not be able to form a unified women's hockey team for the 2020 Tokyo Olympics, sources close to the matter said Tuesday.

The two countries had agreed to form joint teams in four sports at the next Summer Games, but did not apply for the women's Olympic qualifying draw by Monday's deadline set by the International Hockey Federation. 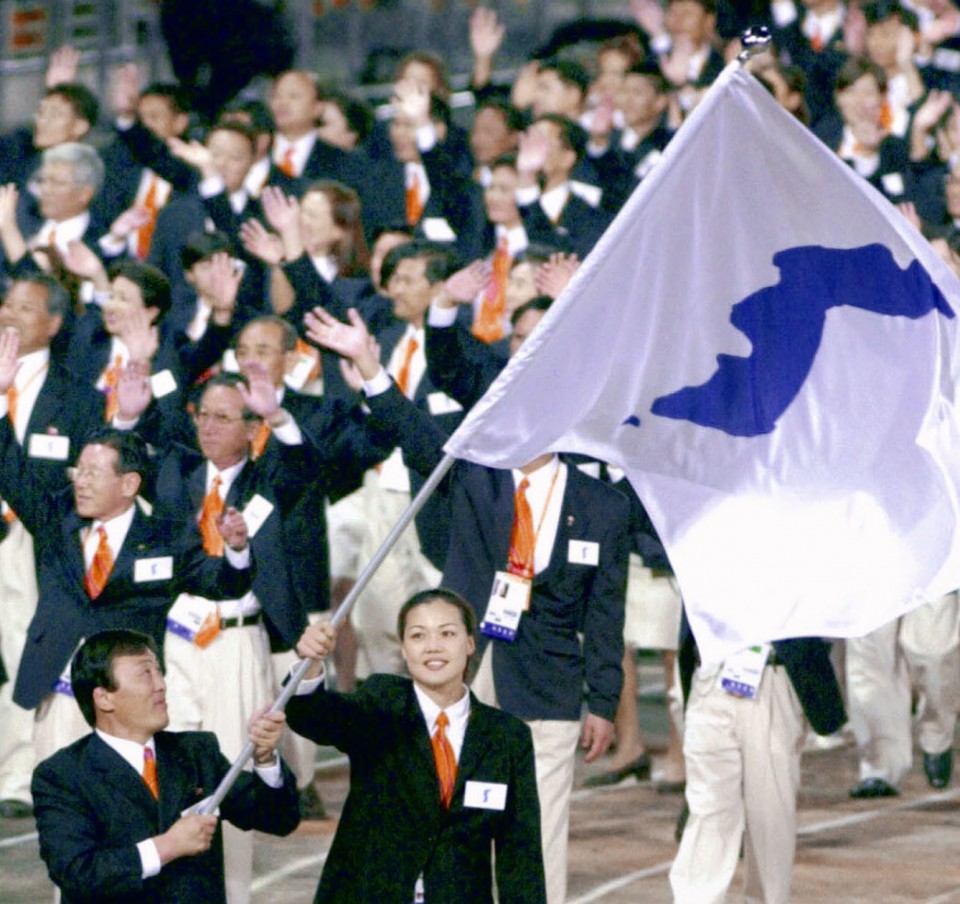 (File photo taken in September 2000 shows athletes from North and South Korea marching together under the Korean unification flag during the Sydney Summer Olympic opening ceremony.)

The International Olympic Committee requires joint teams to qualify a single berth in each event.

The IOC told Kyodo News, however, that discussions with both the North and South Korean National Olympic Committees are ongoing, leaving open the possibility of unified Korean teams competing if they are granted an exception by the games' governing body.

Progress on the Koreas' unified 2032 Olympic bid has slowed since the countries' NOCs reached an agreement with the IOC earlier this year. Tensions on the Korean peninsula after a series of missile launches by the North have proven a roadblock.

At the 2018 Winter Olympics in Pyeongchang, North Korean athletes were given special consideration and allowed to participate in the women's ice hockey competition as the first unified Korean team in Olympic history.

The two countries, who technically remain in a state of war, agreed in February to form teams for the 2020 Games in women's hockey, women's basketball, judo and rowing.

Olympic qualifying matches in women's hockey will be held in October and November between 14 teams -- including South Korea -- with seven of the 12 Olympic spots still up for grabs.

International federation CEO Thierry Weil said that if South Korea qualifies and still wishes to form a joint team with the North, the decision will be up to the IOC, not the FIH.