U.S. President Donald Trump said Monday that Iran is likely behind the attacks on major oil facilities in Saudi Arabia that have heightened tension in the region, but added he has no desire for war.

Iran has dismissed his accusations that it is responsible for the weekend strikes, but Trump doubled down on the view, telling reporters at the White House that the United States is "certainly looking that way at this moment."

"As soon as we find out definitively, we'll let you know," the president said. "I don't want war with anybody. But we're prepared more than anybody," he added.

Trump hinted on Sunday at possible military action, without citing any specific country, tweeting the United States is "locked and loaded depending on verification."

The president said Monday he will send Secretary of State Mike Pompeo to Saudi Arabia "at some point."

Iranian President Hassan Rouhani said in Turkey on Monday that the strikes were conducted by Yemeni people to counter what he called the invasion of Yemen by the Saudi-led military coalition. 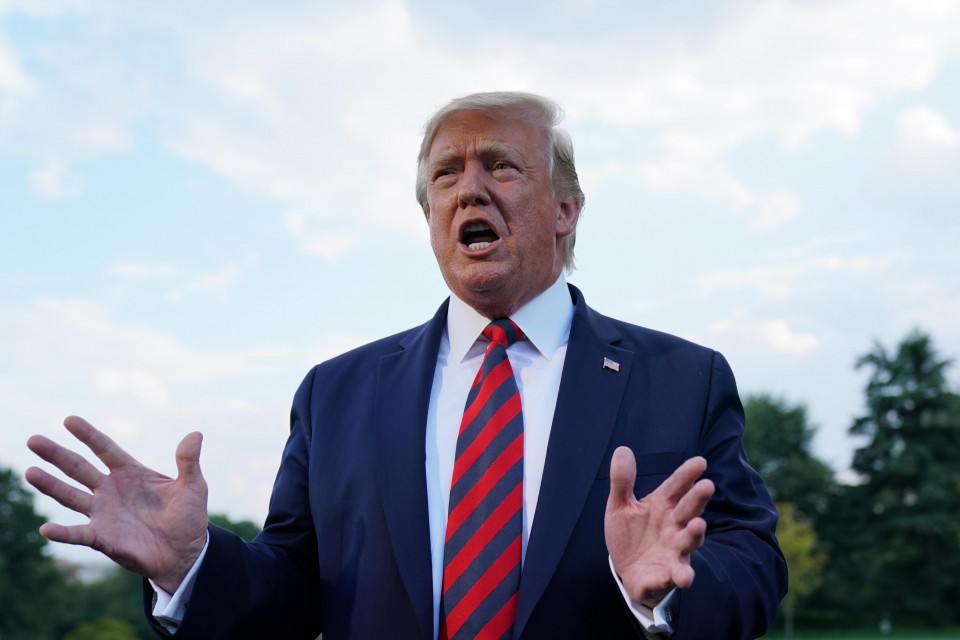 Saudi Arabia's Foreign Ministry, meanwhile, said in a statement that initial investigations indicated the use of "Iranian weapons."

It also called on the international community "to assume its responsibility in condemning those that stand behind this act, and to take a firm and clear position against this reckless behavior that threatens the global economy."

The kingdom will invite U.N. and other international experts to view the situation on the ground and participate in the investigation, the ministry said.

The drone attacks on state-owned Saudi Aramco oil facilities on Saturday knocked out the Middle Eastern country's production by about 5.7 million barrels a day, or about 5 percent of global supply.

Iran-allied Houthi rebels in neighboring Yemen immediately claimed responsibility, but Pompeo tweeted the same day saying there was no evidence of Yemeni involvement, and placed the blame on Iran.