Pieter Labuschagne will be the third foreign-born player to captain Japan in a Rugby World Cup match when he leads the team out at Shizuoka Stadium Ecopa on Saturday.

The Pretoria-born flanker follows in the footsteps of the New Zealand-born pair of Andrew McCormick and Michael Leitch, who led Japan in 1999 and 2015, respectively. 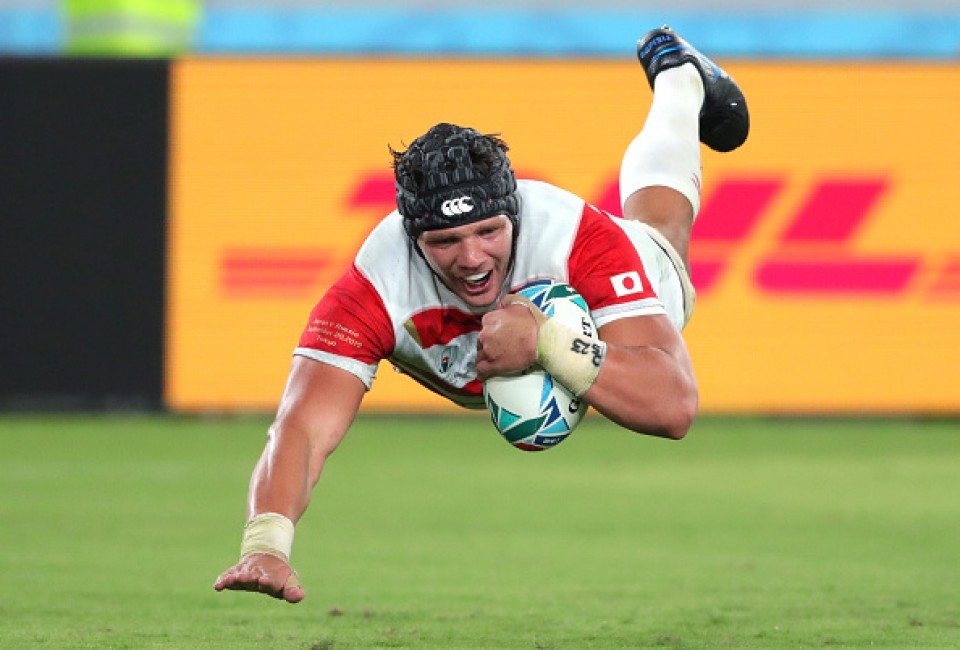 He will also become the fourth South African-born player to captain a country other than South Africa at a World Cup following Kevin Dalzell of the United States, Quintin Geldenhuys of Italy and Dion O'Cuinneagain of Ireland.

"It's a massive privilege and honor to be selected as captain," said Labuschagne, who only became eligible to play for Japan in June.

The flanker, who is generally referred to by his nickname "Lappies," marked his first test in July by becoming just the third player to captain the Brave Blossoms on his debut, the previous ones being Takuro Miuchi and Yutaka Nagare, who starts at scrumhalf on Saturday.

"His leadership is natural and his work around the game is outstanding," head coach Jamie Joseph said of Labuschagne. "I've been impressed with him as a leader in the last two years at the Sunwolves. And he is respected by the players, which is key."

This point was picked up on Friday by Keita Inagaki after the team's captain's run. 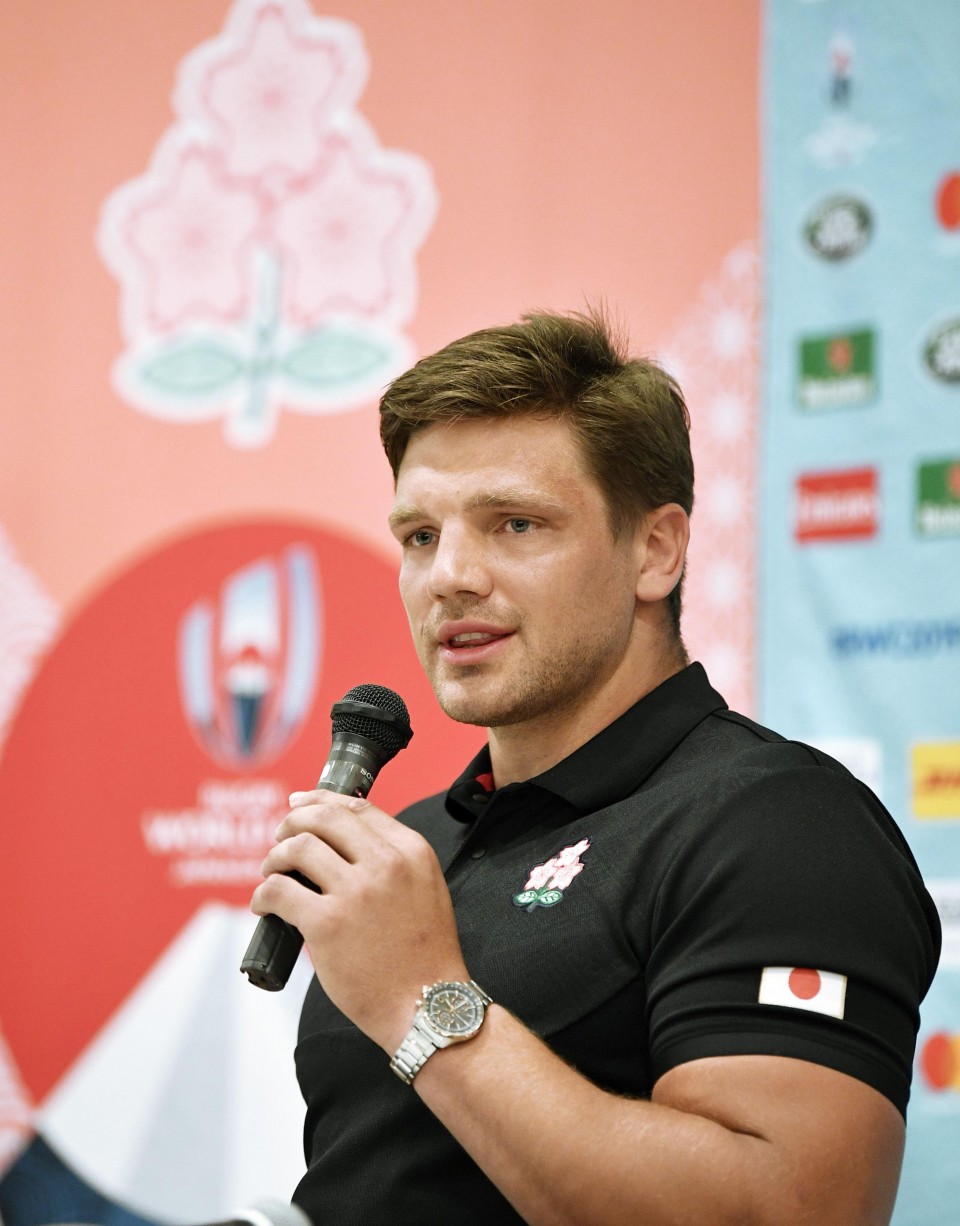 "Whenever he talks we listen," said the loosehead prop, adding that Leitch will simply add even more leadership when he comes off the bench.

Joseph said that Labuschagne's ability to communicate with referee Angus Gardner in English would also be important, particularly regarding his interpretations at set-piece time, an area the Irish will be looking to dominate.

Labuschagne, who plays for Kubota Spears in the Top League, said the Brave Blossoms were excited ahead of the clash with the team that is currently ranked No. 2 in the world.

And he said they were confident of a good performance to remain on track for a place in the quarterfinals.

"We've set out our goals before the tournament has started and that hasn't changed," he said. "But the whole group has been working together this week, we're on track and we're really excited about this game against Ireland."

"These are the moments you really dream of being a part of. To be honest I embrace those feelings, it just feels like you really care, it makes you feel alive."