Several teams participating in the Rugby World Cup in Japan have taken to tidying up their locker rooms voluntarily after matches as a way of expressing gratitude to their host country.

While it is now a familiar sight to see foreign teams bowing at the end of games when competing in Japan, the practice of players cleaning up after themselves could yet become a similar trend.

After their loss to Italy on Sept. 22, the Namibia team asked for a brush to be able to sweep their locker room, while the winning side requested the same.

Both teams swept up any bits of grass and mud that had fallen on the floor, leaving the rooms spotless. 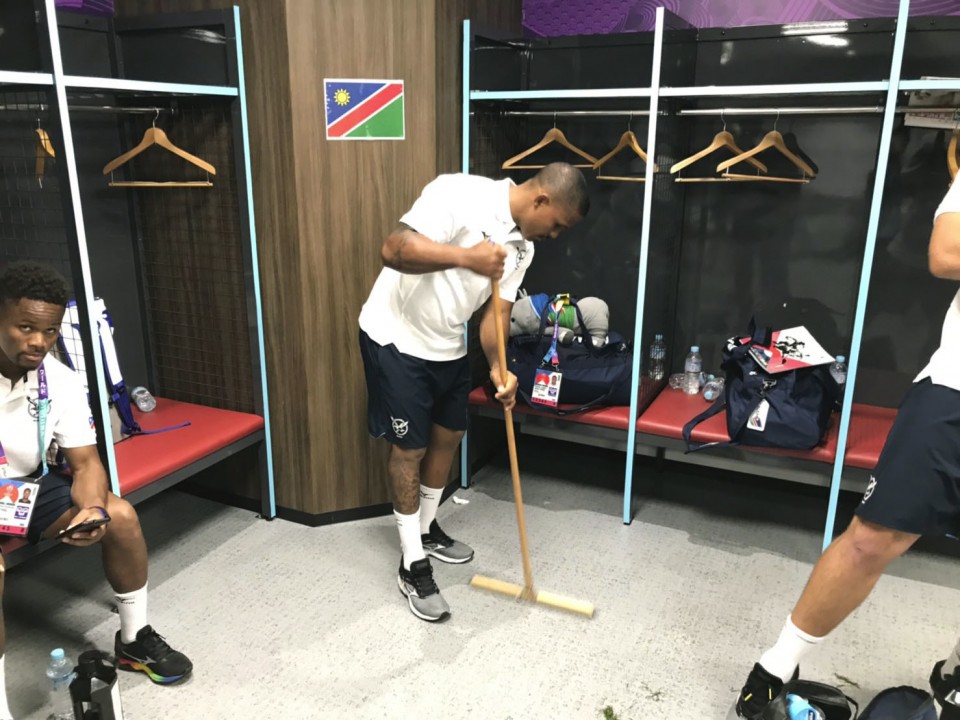 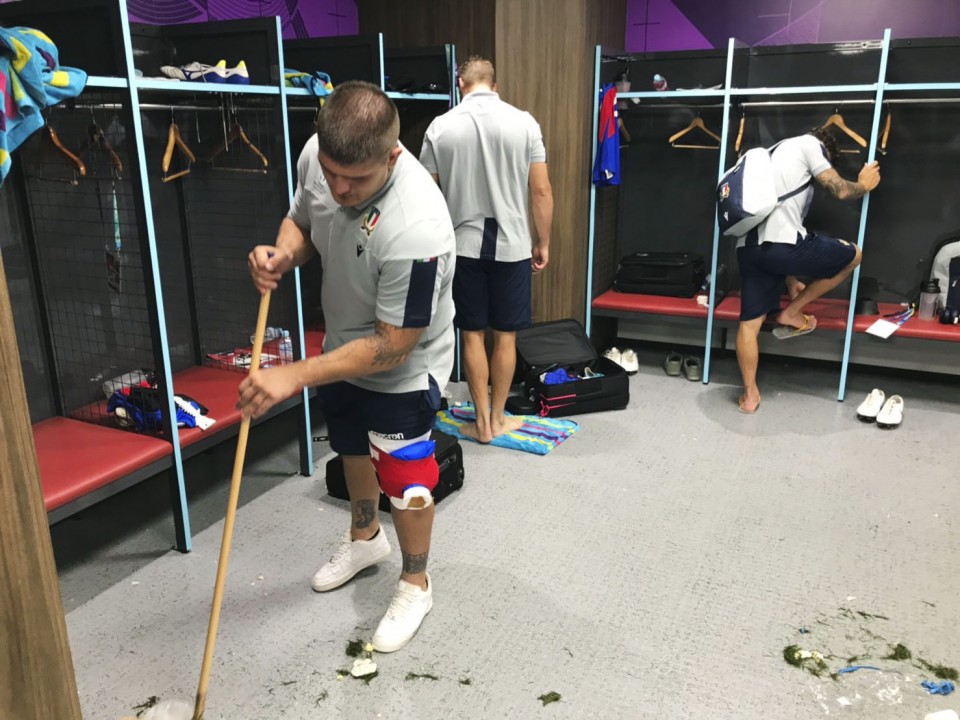 "We try to clean up after ourselves and be humble and respect the place we are in. Sometimes we do, sometimes we forget -- it's not ideal but I think we all aspire to give that message," Italy center Michele Campagnaro said.

"We found out that Japanese are really kind and always try to help you and be very tidy and clean. So it's another way of saying thank you."

Other teams have already adopted the custom. France's team has each player take a role in the cleanup of locker rooms and practice spaces, out of respect for the venues. The Ireland team has taken the idea to heart and now clean up after home games as well.

It is not only Japan's rugby players that are known for cleaning up after themselves. The football team became the subject of attention during the 2018 football World Cup in Russia for the same reason.

"Similar to the changing rooms, we've noticed that in other world sporting events that the Japanese sport side are most of the time will leave the changing room in a very good condition and very clean," England rugby player Ruaridh McConnochie said.

"So we are trying to do the same when we are around stadiums here, especially, but also around other competitions around the world."