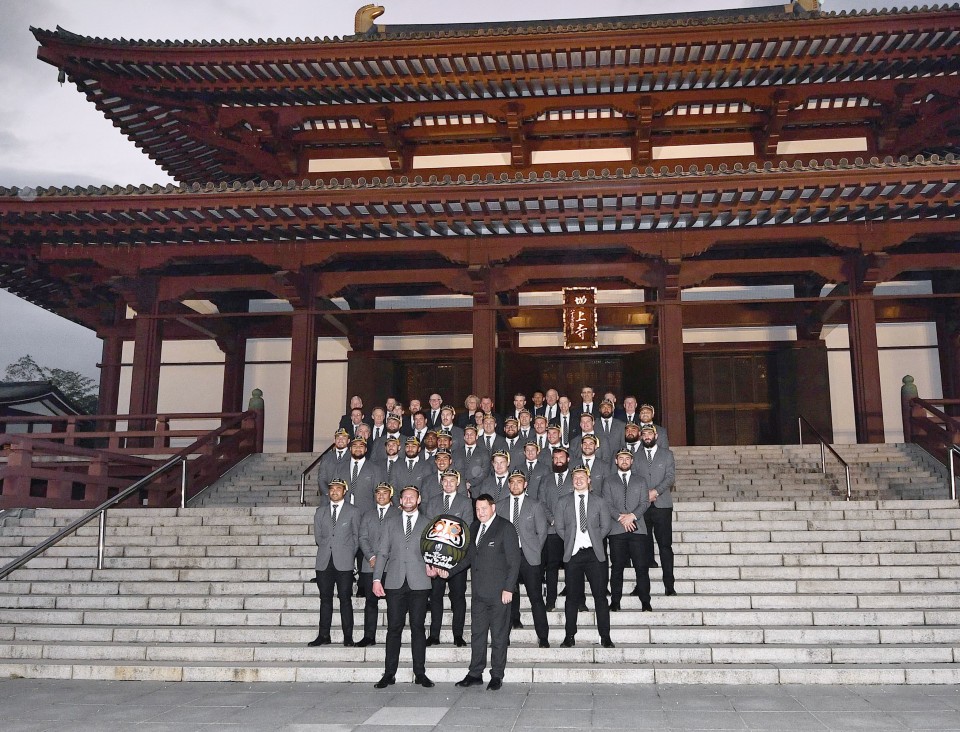 TOKYO - New Zealand were officially welcomed to the Rugby World Cup at Tokyo's Zojoji temple on Saturday in front of a big crowd of hard-core rugby fans and bewildered tourists.

"It's pretty special, the temple has a 600-year history so for the players to get their caps and start their journey here, it's special," said head coach Steve Hansen.

Having received their World Cup caps and participation medals the players and coaches then walked among the fans signing autographs and taking selfies with the fans, the latest in a line of events that have confirmed they will be the locals' second-favorite team after the Brave Blossoms.

Earlier in the day the team concluded their pre-tournament camp in Kashiwanoha with a training session that drew a crowd of around 7,000.

"Japan is excited and we are excited to be here. We feel at home here and it is the people that make us feel like that," said fullback Ben Smith.

Smith said the welcome the team had received in Chiba Prefecture had touched all members of the squad. 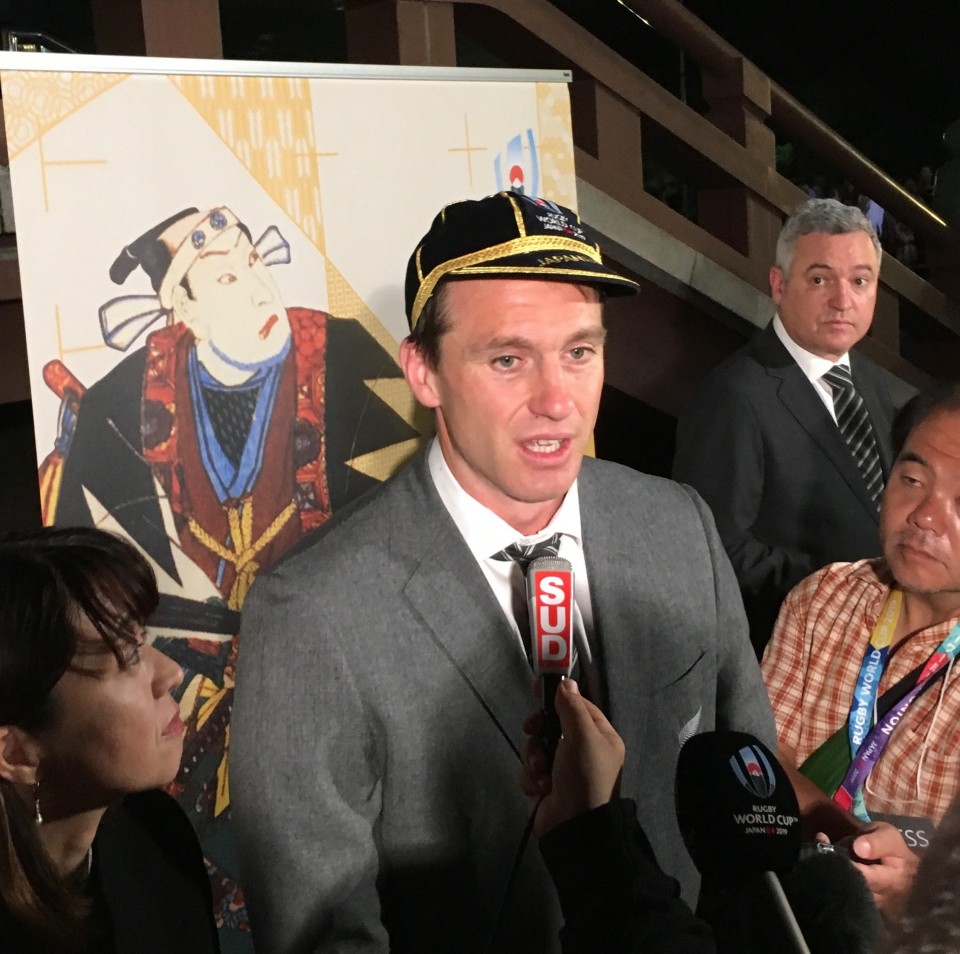 "The kids had learnt their own haka and some had learned some Maori words. It felt so special they had taken the time to do that," he said.

Following a day off Sunday -- during which Smith said some of the players would take in a baseball game -- the All Blacks will get down to business Monday as they prepare for their Pool B opener against arch-rivals South Africa on Sept. 21 in Yokohama.

"It's a big, big game for both sides," said Hansen. "But it is important to take in this moment, honor it and enjoy it." 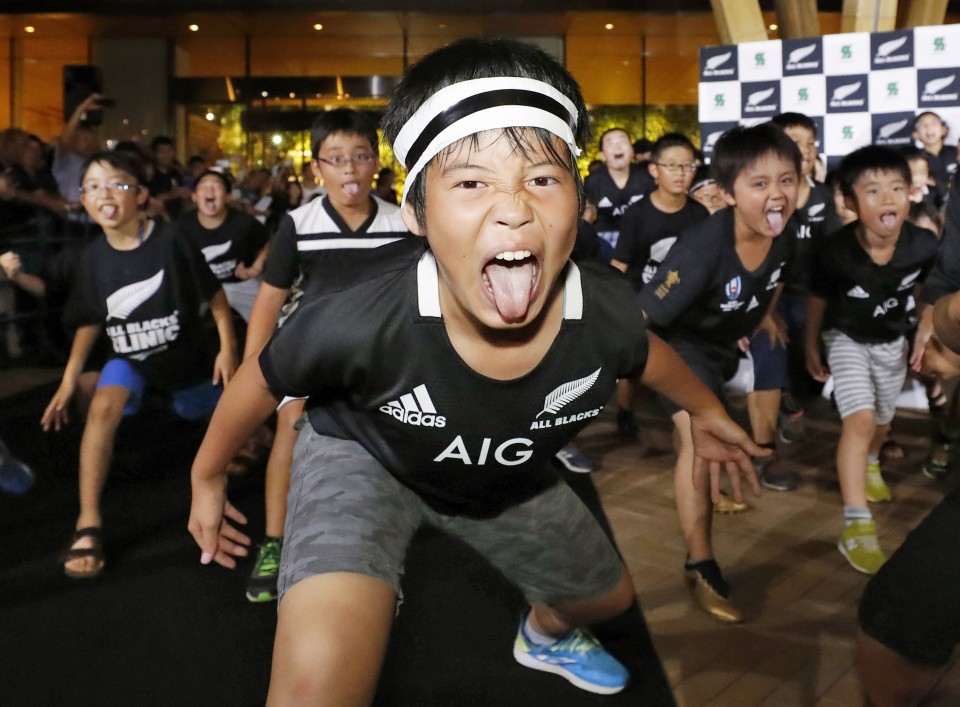 But as Hansen pointed out, this is arguably the hardest tournament to predict, given the recent form of the top contenders.

"We are trying to do something that has never been done before so it is a great challenge," he said. "At the same time we want to enjoy every experience along the way and do ourselves and the country proud." 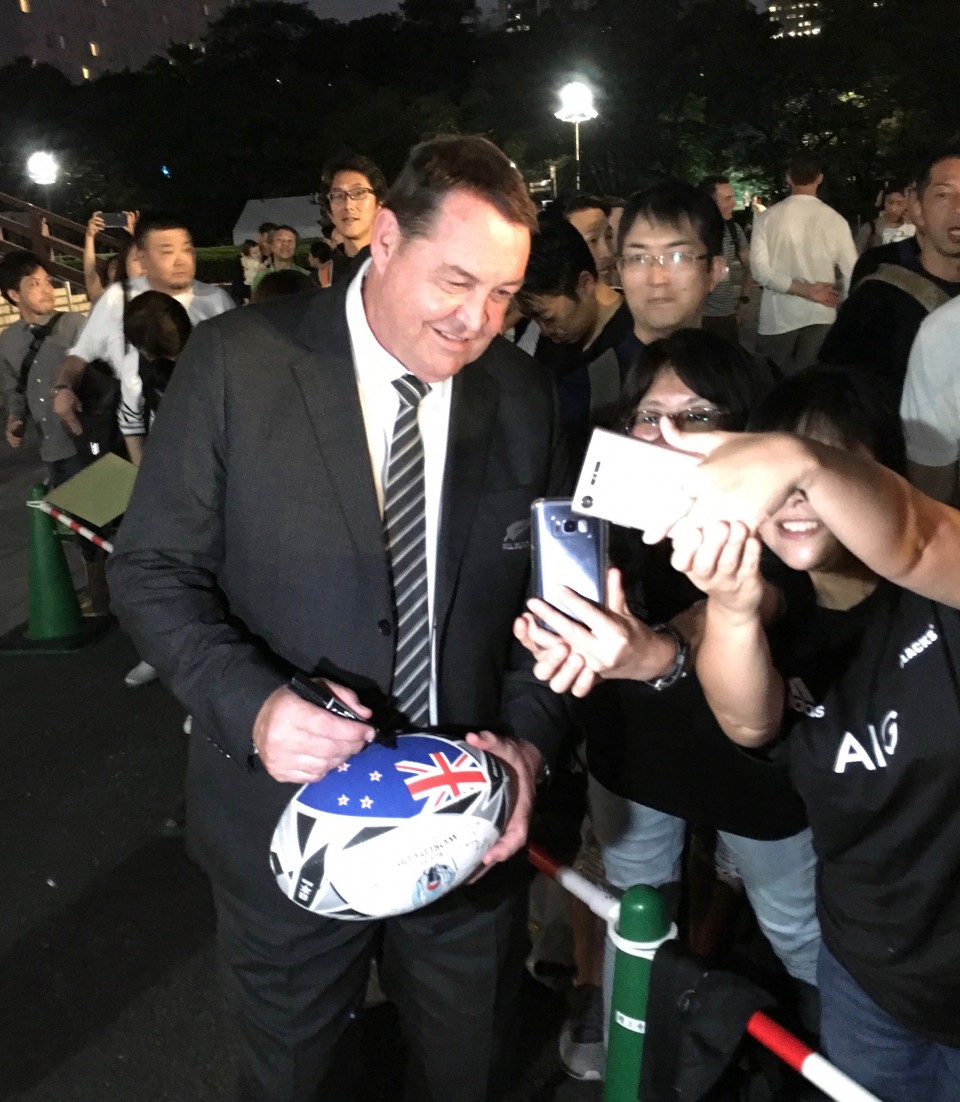