Japan head into the Rugby World Cup on the back of a big loss to South Africa, but the Brave Blossoms insisted Sunday that their 41-7 Sept. 6 defeat was the ideal way to prepare for the journey ahead.

"The media may have had a negative view of the game but we created a lot of chances," said Yu Tamura.

The Japan flyhalf took much of the blame for the defeat with his decision making and kicks called into question. But fullback Ryohei Yamanaka, who watched from the stands, said the kicks themselves were not the problem.

"South Africa put us under pressure with their kick chase and when we kicked we failed to do the same. It's an area we need to improve on." 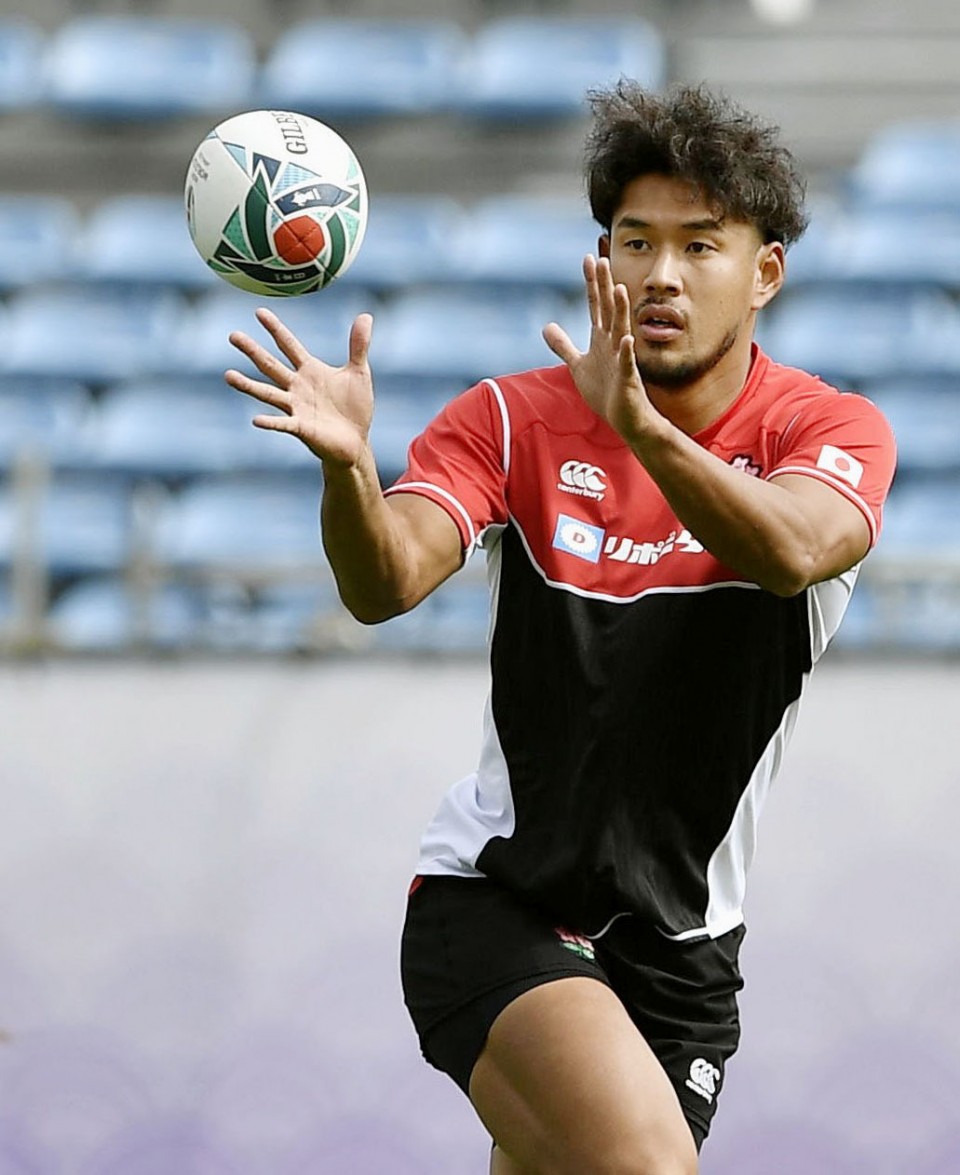 Japan finished the game at Kumagaya Rugby Stadium having had far more of the ball as the Springboks took the opportunity to prepare for their opening World Cup game at Yokohama Stadium.

"Playing without the ball was intentional, just for this first game to see how it goes. Because we never know what it (the weather conditions) will be like against New Zealand," said coach Rassie Erasmus.

The words may prove somewhat prophetic given torrential rain is now forecast for their Sept. 21 clash. 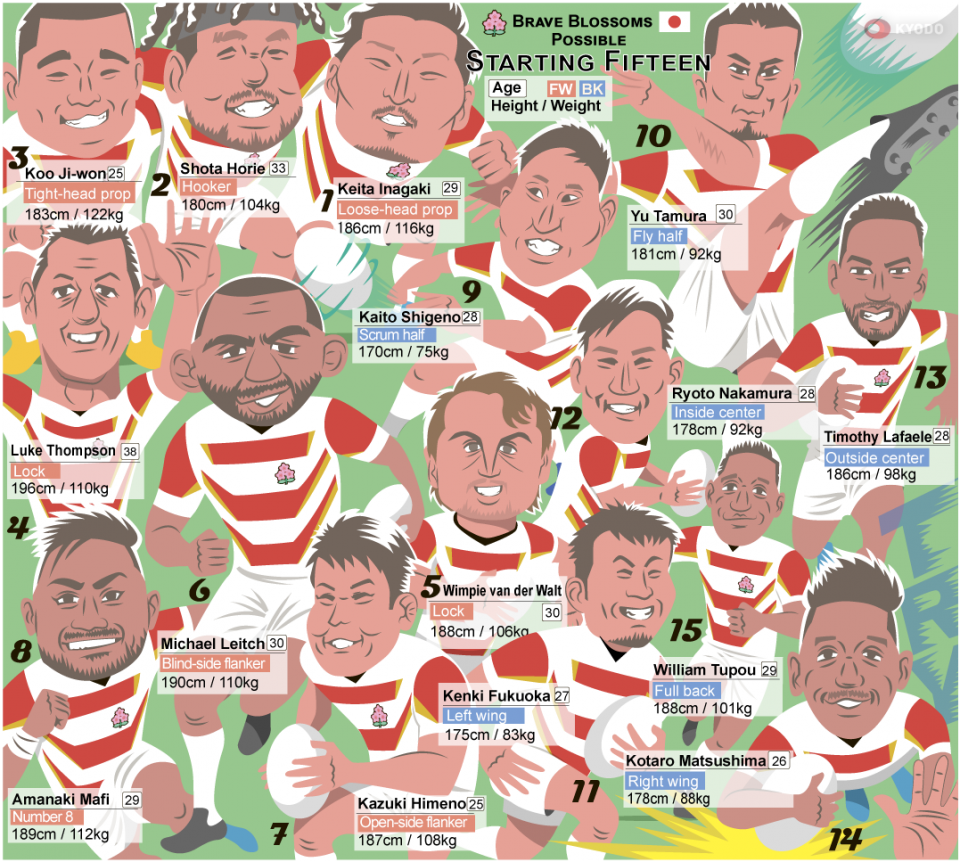 Japan lock James Moore admitted Sunday the Brave Blossoms had failed to make use of the ball that came their way and said the team had been working on how to turn pressure into points.

"There are a few details that we have tried to fix, in particular around attacking in the opposition half," he said.

Fellow forward Hendrik Tui admitted the rematch with the Springboks, who Japan so famously beat four years ago, had "not gone to plan." But he said "We learnt a lot from it. It was the perfect game going into the World Cup preparation wise."

One of those lessons, Tamura reminded the media, was that rugby is a team game. 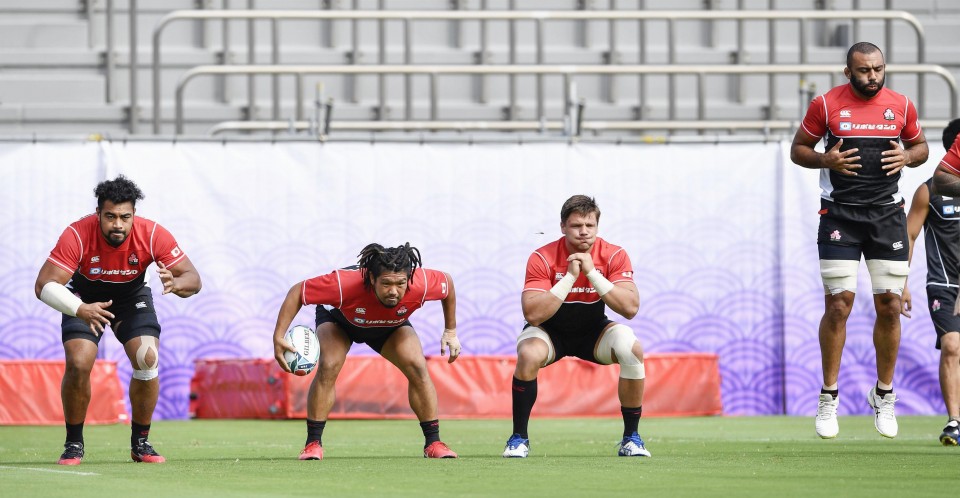 Continuing his ongoing battle with certain elements of the media, the flyhalf was asked how he would feel going up against two of the world's best No. 10s in Ireland's Johnny Sexton and Scotland's Finn Russell.

"Rugby is a 15-man game, you can't just concentrate on one player," the 30-year-old said. "Everyone has a job they need to focus on. If anyone makes a mistake then that leads to more pressure."

The Brave Blossoms make the transition from pre-tournament camp to official World Cup mode on Monday as they prepare for Friday's Pool A opener against Russia at Tokyo Stadium.

"They surprised us last time out," said Tui referring to Japan's narrow 32-27 win in Gloucester, England, on Nov. 24, 2018, over a side many have said are just making up the numbers at the World Cup.

"They are very physical, very forward focused and have an aggressive attacking mindset. It will be a huge forward battle and we know it is going to be like a final game for them."

Tamura summed up the feeling of the squad, many of whom have admitted to pre-match nerves, when he said "We are very lucky to play in the opening game and we want a good performance."