Japan will expand the use of electronic customs declarations at airports to facilitate the entry of increasing numbers of inbound passengers in time for next year's Tokyo Olympics and Paralympics.

The system allows passengers to submit customs declarations electronically using a smartphone app while waiting for their baggage, according to the Japan Customs.

The e-Gate system, which has already been introduced at one of the terminals at Narita airport, will be operated at New Chitose, Haneda, Chubu, Kansai and Fukuoka airports starting next spring. Naha airport in Okinawa Prefecture will also use the system by March 2021, officials said.

Under the new system, travelers are required to download the app in advance, and at the e-Gate they scan their IC passport and QR code created with the app. 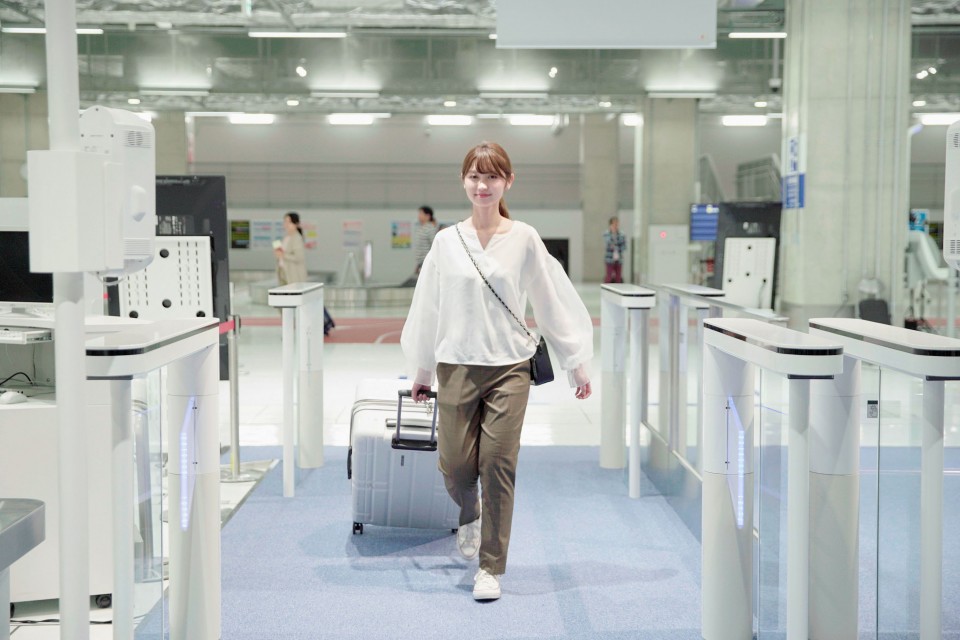 The system is aimed at alleviating a labor crunch at customs lanes.

The number of customs officers in the country only increased 11 percent during the decade through 2018, while that of inbound visitors grew nearly four times and import declarations more than doubled.

The government will also strengthen inspections of international postal parcels and freight from overseas on the back of an increase in cases of smuggling drugs and gold.

Tokyo has already started customs inspections using X-ray scanners, and authorities in Osaka and Yokohama plan to follow suit from next April.

The government also plans to use artificial intelligence in analyzing X-ray images and detecting dangerous materials in international postal parcels, with Tokyo customs already testing such a system.

South Korean visitors to Japan down by half in Aug.: gov't data