The United States on Sunday slapped China with the first stage of a new round of tariffs that will see nearly all Chinese imports taxed, further fueling tensions in the tit-for-tat trade war between the world's two largest economies.

A total of around $300 billion worth of Chinese products, such as clothing, laptop computers and smartphones, will be subject to a 15 percent duty and the tariffs are being imposed in two stages from Sunday. China took corresponding retaliatory measures, as planned.

The escalation of the dispute is the latest blow to the world economy, rattling financial markets while fanning fears that the United States may be pushed into a recession.

The United States has already imposed levies on a total of $250 billion in Chinese goods -- roughly half the amount China sold to the United States last year -- as President Donald Trump pushes to reduce the chronic U.S. trade deficit with China and to address alleged intellectual property and technology theft by Chinese companies.

The tariff hikes on Chinese goods are the fourth by the Trump administration and reflect the frustration over the lack of progress in trade talks with China. In combination with measures imposed from last year, they will mean levies on virtually all Chinese imports.

The rate of the additional duties was initially set at 10 percent. But after China announced retaliatory tariffs, Trump reacted by deciding to raise it by 5 percentage points.

As a result, 15 percent duties have become effective Sunday on around $112 billion worth of Chinese goods, including clothing, shoes and agricultural products and accessories like the Apple Watch. The Dec. 15 tariff hike will involve laptop computers, cellphones and video game consoles, among other items.

Trump has delayed part of the tariff increases to December, taking into consideration the possible impact on consumption especially around the Christmas holiday shopping season. 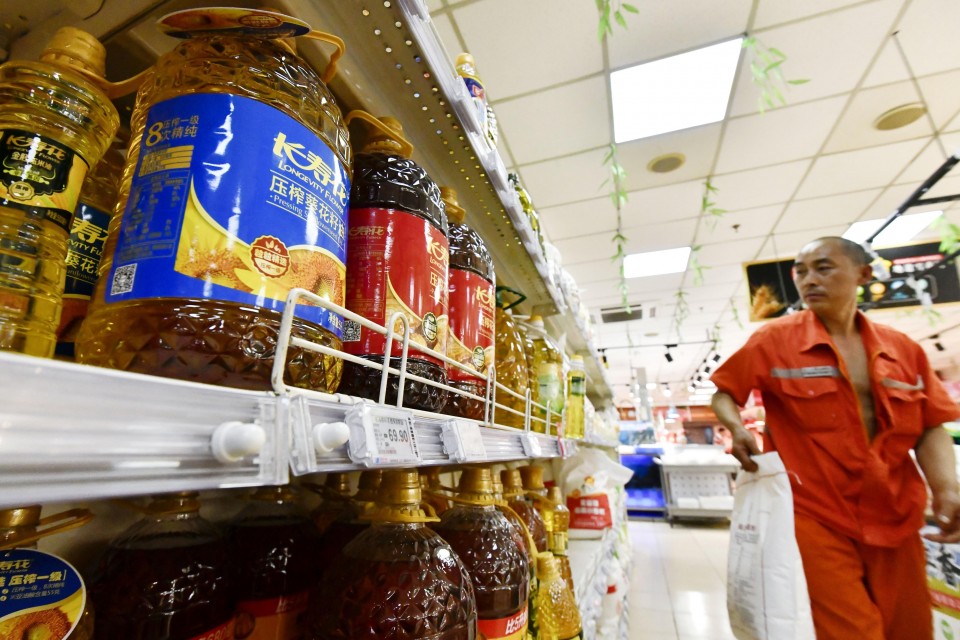 China also imposed Sunday up to 10 percent tariffs on some of the $75 billion worth of U.S. goods it has targeted for its latest countermeasures. The rest will be implemented on Dec. 15.

It will also resume imposing tariffs of 25 percent and 5 percent on U.S.-made vehicles and auto parts starting from Dec. 15.

The United States and China are planning to hold ministerial- level trade talks in September in Washington, but it is uncertain whether there will be any breakthrough.

Concerns appear to be growing inside the United States over the potential impact of the spiraling tariff war.

"President Trump -- and Chinese President Xi Jinping -- should withdraw the additional tariffs scheduled to go into effect Sept. 1 and Dec. 15 and return to the negotiating table in good faith," Thomas Donohue, the head of the U.S. Chamber of Commerce, said Thursday in a column posted on The Washington Post website.

The chamber strongly supports efforts to secure a deal that addresses China's alleged forced technology transfer and other issues, but "the current path of constant escalation doesn't increase the likelihood of a deal; it risks a recession here at home," he said.

A coalition of over 160 business organizations, known as Americans for Free Trade, has sent a letter to Trump calling on him to postpone the scheduled tariff increases that would likely hit consumers around the holiday shopping season.

"Many businesses will have no choice but to pass along those costs to consumers. Price increases will likely hit shoppers just as they are making their holiday purchases," said the letter, which was made available on the group's website.

According to a study by the Peterson Institute for International Economics, the average U.S. tariff on imports from China will climb to 21.2 percent on Sept. 1 and 24.3 percent on Dec. 15, compared to an average of only 3.1 percent less than two years ago, before the tariff escalation started.