South Africa may have recently avenged their famous loss to Japan at Rugby World Cup 2015, but a film which premiered Wednesday in Tokyo will help ensure memories of one of sport's biggest upsets live on.

Part documentary, part drama, "The Brighton Miracle" looks behind the scenes of that famous day on the south coast of England, when the Brave Blossoms made history by beating the two-time world champions 34-32.

The movie, written and directed by Max Mannix, portrays the obstacles faced by Japan coach Eddie Jones, including the racism he experienced growing up in Australia and the stroke he suffered in 2013.

Likewise, the struggles of Michael Leitch -- captaining a country he originally moved to at age 15 and, like Jones, losing a family member -- are also at the heart of the film, which features cameos from the real-life Jones and Leitch, as well as players Ayumu Goromaru and Toshiaki Hirose. 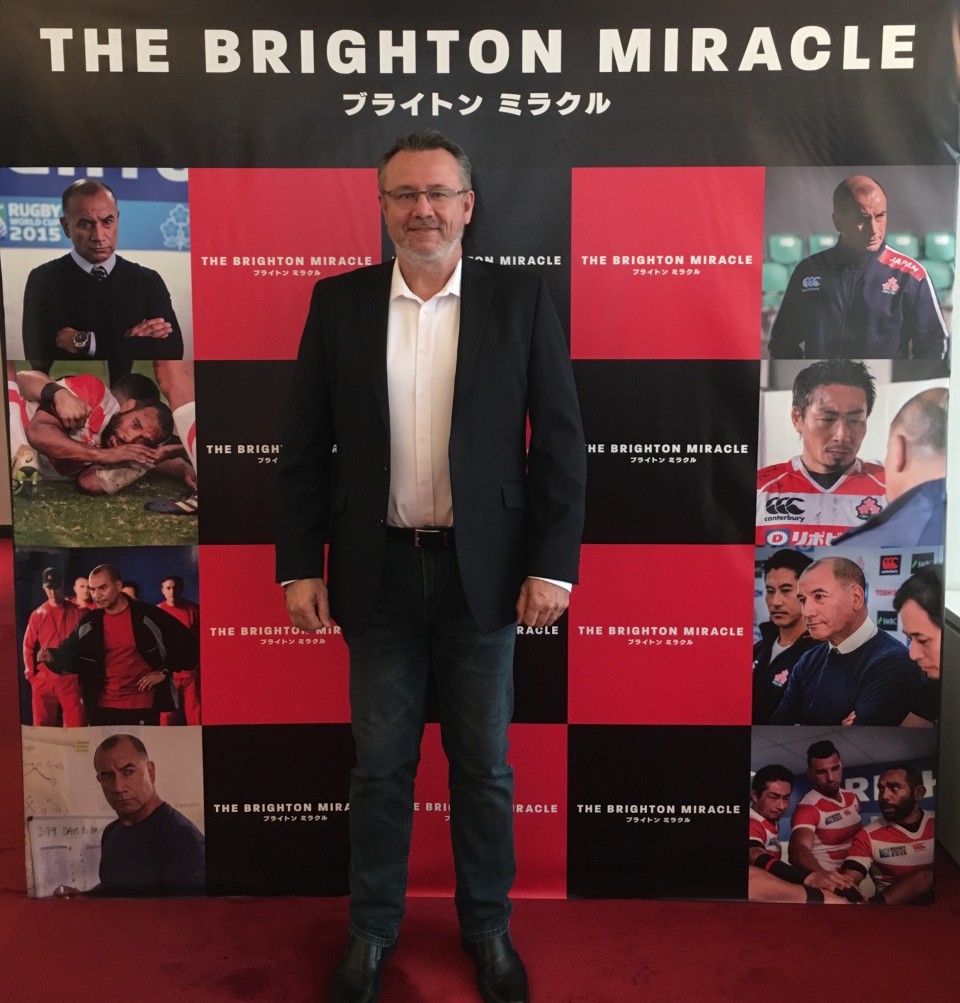 Commentators Gordon Bray and RWC 1995 winner Joel Stransky are also featured, helping express the rugby world's reaction to the game. But the movie is not just about the 80 minutes on the field in Brighton, Mannix said.

"It captured the imagination because you can identify with people who aren't expected to succeed or win," he told Kyodo News following the worldwide premier of the movie, which will be released in Japan and the United Kingdom on Amazon Prime on Sept. 19 and in other countries shortly afterward.

"Most times in life, people shortchange themselves and say they are not good enough and it's nice to see when someone actually does do it."

"Many people talked about the game but they don't know elements of Eddie, or what makes up Michael Leitch. Both are mixed-race and to be in Japan you have difficulties in life in general being a foreigner."

A point not lost in the movie highlights Leitch who has a Fijian mother and New Zealand father being stopped by the police on a couple of occasions in Tokyo and being told by the half-Australian, half-Japanese Jones "to be yourself, you are not Japanese."

This is particularly ironic given the "miracle" was decided by Leitch doing the un-Japanese thing of disobeying his coach and going for the win when Jones would have settled for a draw.

While the film uses a degree of artistic license for storytelling purposes, it is very much based on personal experience.

Although not a full-time member of Jones' coaching crew, Australian Mannix -- a former rugby league player -- had a big role during the team's pre-tournament training camp in Miyazaki on the southern island of Kyushu. 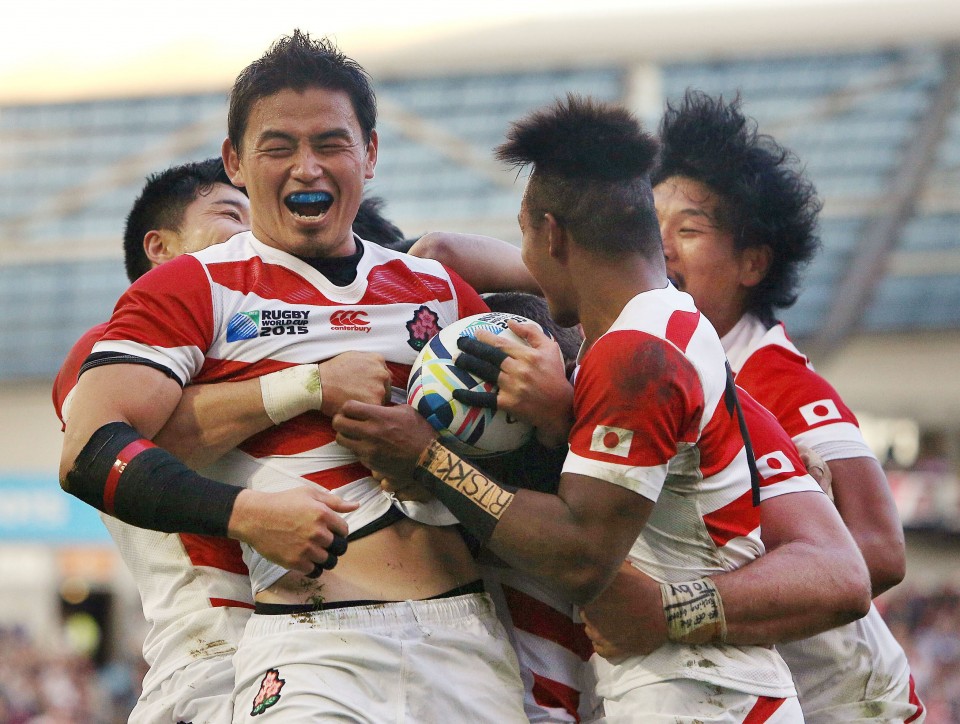 "He was a good available resource, who had been taught well by Warren Ryan, the founder of modern rugby league defense, and had knowledge of an area we were weak in," Jones said of his compatriot, who played for Canterbury and Illawarra before his career was cut short by a broken neck in 1985.

With his rugby background and subsequent film-making career, Mannix understood the dilemma of producing a story that non-rugby lovers would watch. This informed his decision to combine narrative and documentary in the film, which culminates in actual footage of the game.

"With all the budget in the world you could do an Invictus and the rugby purists are still not going to be happy," he said, referring to the Clint Eastwood-directed film about South Africa's 1995 World Cup success.

"We could have done a rugby movie in a documentary style, but how many people know Eddie's mum was interned in California after Pearl Harbor. What type of kid are you, growing up in Australia with a mother like that during the Vietnam War? People identify with that in their own life, not fitting in."

Mannix said making the movie had been a difficult journey, and there were times he felt like giving up. But the efforts of the Japanese players, and his desire to tell the story, inspired him to persevere.

"There were times when it did not look like it was going to be made, but having seen those guys work so hard was so motivating," Mannix said.

"This movie is all about having the courage to be yourself."