The 2019 World Cup in Japan is something of a happy homecoming for David Pocock, the Australian talisman said Saturday.

Following two seasons with Panasonic Wild Knights, the versatile Wallabies forward is looking forward to rejoining the Top League side next year.

The 31-year-old, who plans to retire from international duties following the World Cup, said his professional stint in Japan had given him a deep appreciation for the country and its rugby fans. 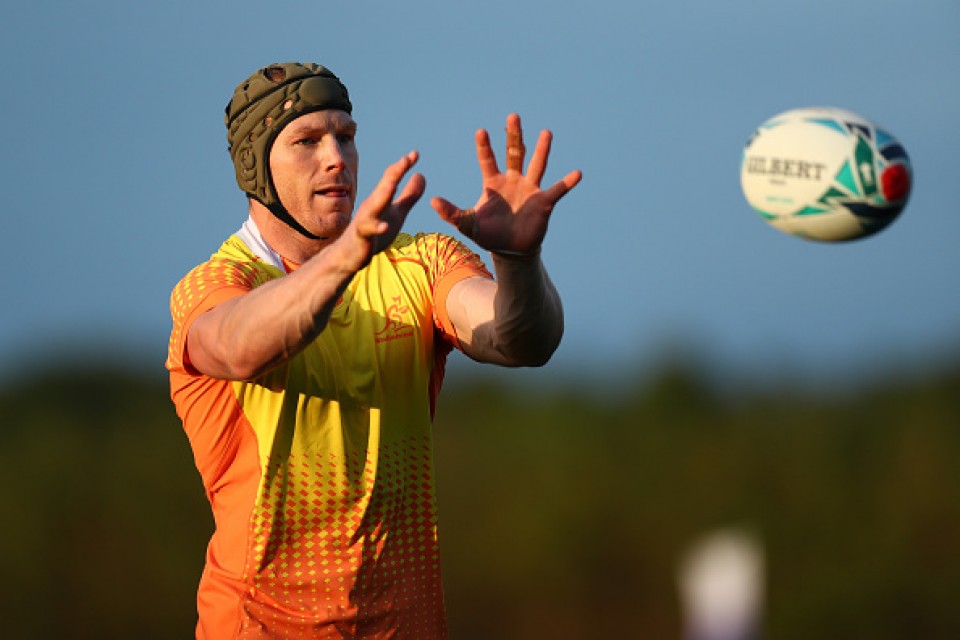 (David Pocock of Australia receives a pass during a training session at the Hokkaido Nopporo Sports Park on September 19, 2019 in Ebetsu, Japan.)[Getty/Kyodo]

"(With) their traditions, (Japanese) are so proud of their culture, which I think is an amazing thing," Pocock said.

"I loved my time with Panasonic...I guess it (gave me) an insight into how friendly Japanese people are, and how welcoming," said the former Australia captain, who will join several current and former Wallabies in the Top League.

"There's a few more (Australian players) coming over. At this stage of my career, it's a great time over here," he said.

Having spent most of his decorated career at either No. 8 or open-side flanker, Pocock demonstrated his adaptability by playing blindside flanker in Australia's 39-21 win over Fiji on Saturday at Sapporo Dome.

"(Sapporo Dome) is probably the most unique stadium I've ever played in. The (grass) was outstanding, the crowd was amazing," he said.

After proving successful against the Fijians, his combination with open-side flanker and captain Michael Hooper could be crucial for the Wallabies in their pursuit of a third World Cup title.

Having been sidelined with a calf injury until the start of March, Pocock said he felt in strong physical condition following a rigorous rehabilitation.

"That was my first 80 minutes since March. So, (it was) really good. I've had so much support from the medical staff...they've been outstanding the last few months," he said.