Japanese swimming star Rikako Ikee, who is continuing treatment for leukemia, watched a college swim meet Friday in her first public appearance since revealing her diagnosis in February.

The 19-year-old, who was temporarily discharged from hospital, cheered for her Nihon University teammates at the Inter College Swimming Championships at Tokyo Tatsumi International Swimming Center.

Wearing a face mask and blue Nihon University T-shirt, Ikee sat among her teammates while watching the meet. 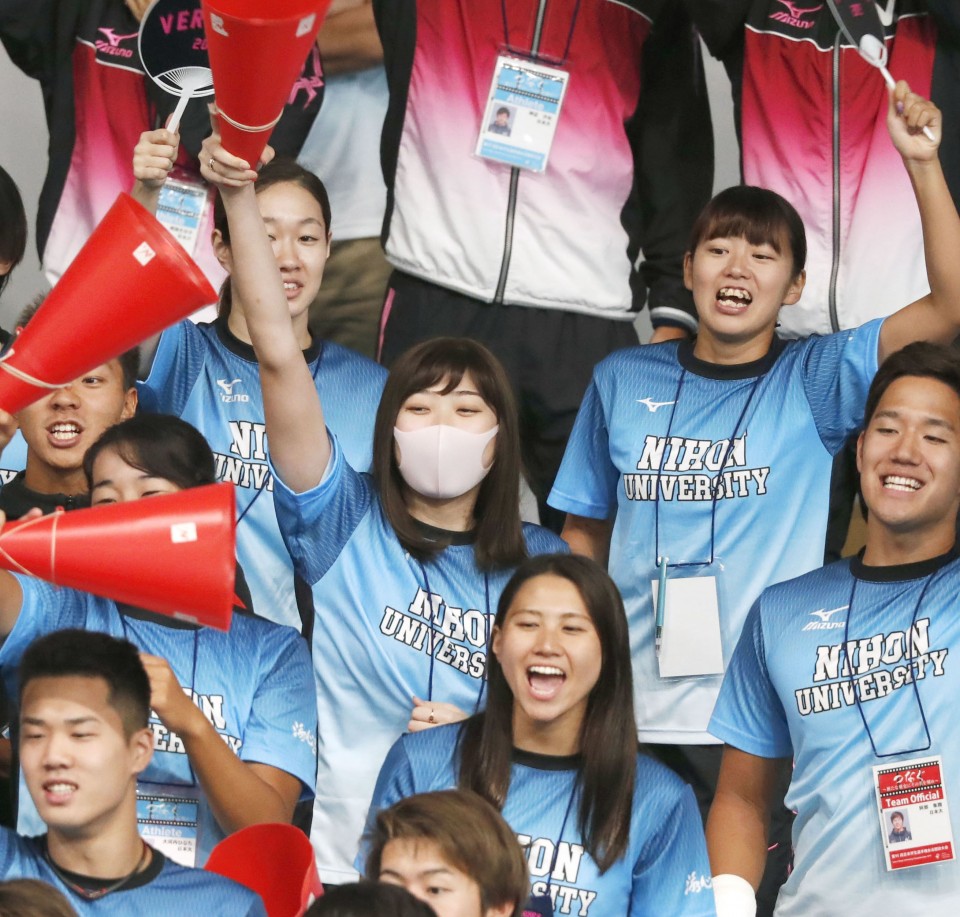 The holder of several national records, Ikee has put all swimming-related activities on hold to focus on her treatment. She enrolled at Nihon University's College of Sports Sciences in April.

Ikee was feeling well enough on Friday to attend the meet, and her management agency said she had a strong desire to see her teammates compete.

Ikee shot to fame at last summer's Asian Games in Indonesia, where she was named the first female MVP after becoming the first swimmer to win six gold medals, all in games-record times.