Japan's sole pager provider ended its services Tuesday, with the device, first introduced in the country half a century ago, made redundant by mobile phones.

Tokyo Telemessage Inc. shut down radio signals for its services from around midnight Monday through Tuesday. 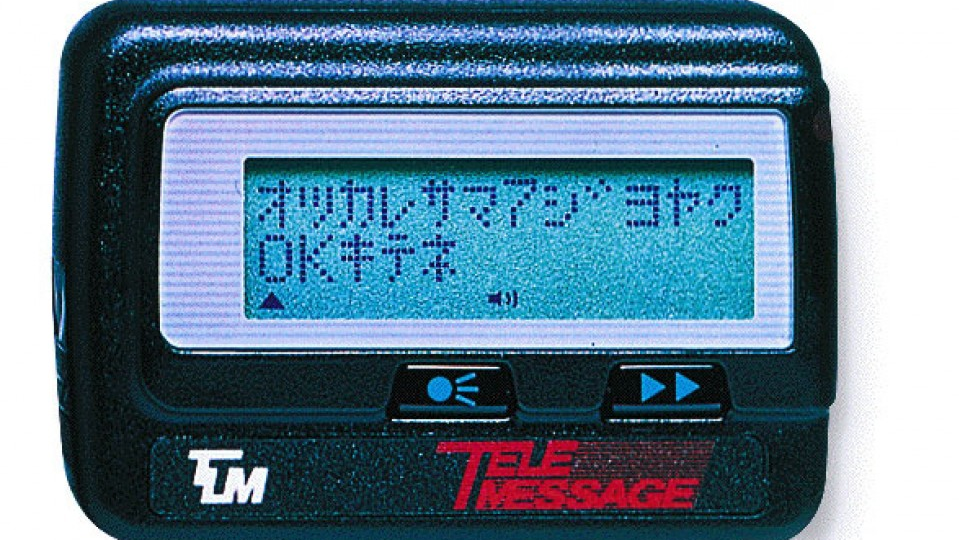 In recent years, the device had been favored mainly by those working in hospitals, where cell phone use was once discouraged because of concerns over the effect of electromagnetic waves on medical devices and where cell phone reception can sometimes be poor.

Beeper services in Japan began in 1968 with the predecessor of Nippon Telegraph and Telephone Corp. Users would call a specific number via a landline, causing the device to emit a beeping sound.

Initially, the services were often used by companies in communicating with sales staff who were out of the office.

But from the late 1980s onward, the popularity of pagers grew as they could be used to send messages combining numbers and text characters.

The number of pager users exceeded 10 million in 1996, with the device becoming one of the defining symbols of a subculture among female high school students along with "loose socks" and taking photos in "puri-kura" photo booths.

However, beeper services declined with the introduction of mobile phones. The number of pager users further decreased as e-mailing, texting as well as taking and sending pictures by phone became standard.

NTT Docomo Inc., mobile unit of NTT, terminated its nationwide pager service in 2007, while Tokyo Telemessage continued to provide its services to Tokyo and neighboring Saitama, Chiba and Kanagawa prefectures.